There was an article published recently in The Conversation; an online outlet for the Academic Mafia to disseminate their propaganda. It's a nonprofit heavily funded by Big Pharma and various interest groups. An interesting bit of trivia about The Conversation is that it has the dubious distinction of being the first media outlet to introduce so-called 'fact-checking'. The company is headquartered in Australia; it's American editor is Beth Daley. Beth Daley was formerly employed by InsideClimate News, which was exposed in 2015 by The National Review for its network of cronyism and conflicts of interest.

The article in question caught the attention of blogger Adrienne and vlogger Davey Crocko; both of whom first acquainted us with it. The article is written by a Medical Ethics professor at Western Michigan University named Parker Crutchfield. He advocates---in all seriousness---developing a pill that will induce morality. Morality, of course, in this context is Crutchfield's definition of it. He doesn't ever in the article actually define morality, but jumps in with both feet and spells out an agenda:

"My research in Bioethics focuses on questions like how to induce those who are noncooperative to get on board with doing what’s best for the public good. To me, it seems the problem of coronavirus defectors could be solved by moral enhancement: like receiving a vaccine to beef up your immune system, people could take a substance to boost their cooperative, pro-social behavior. Could a psychoactive pill be the solution to the pandemic?...Moral enhancement is the use of substances to make you more moral. The psychoactive substances act on your ability to reason about what the right thing to do is, or your ability to be empathetic or altruistic or cooperative."

Given what a nation of drug-addicts America is, it's really surprising that Big Pharma hadn't thought of a "Goodness Pill" before. 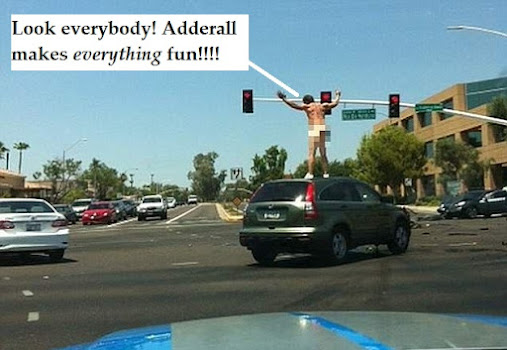 Reading through Crutchfield's article, what he's actually talking about in medical terms, is administering Barbiturates to those who don't buy into the COVID Scam or other Deep State plots. Barbiturates have an opposite effect on the human brain as Amphetamines---which are the main types of psych-dope that Big Pharma pushes on the public. In the old days, they were known as 'downers' on the street and as 'Depressants' in the pharmacy. Their use in psychiatric medicine is to counter the effects of things like anxiety, insomnia, some types of seizures, etc. Street use is fairly uncommon these days, but has an effect that is relaxing, sleep-inducing, and mildly lowering inhibitions. They are highly addictive and can be lethal if overdosed. The most common prescription Barbiturates today are Benzos, or Benzodizepines. Psychologists opposed to their use formerly referred to them as Sedative-Hypnotics.

Crutchfield's argument is entirely flawed because it is based wholly upon assumptions. Without defining anything, he simply presumes that the official COVID narrative is the truth and that 'society' (i.e. the Government) has a 'moral' (i.e. expedient) duty to suppress dissent enforce cooperation with that narrative. He doesn't seem to care what means are used---so convinced is he of the moral superiority of his position. He even refers to opponents of the narrative as 'defectors' even though his side is on that of the Insurrection.

Obviously, he can't morally justify any of what he's advocating. In fact, drugging people into submission to an ideology was one of the charges brought against the defendants in the Nuremberg War Crimes Trial. It was also a common treatment administered by Soviet psychologists on those deemed too outspoken in their dislike of Communism. (Soviet psychologists deemed that opposition to Communism was a mental illness, since it was presumably a self-evident truth). Apparently, in his studies of Bioethics, Crutchfield missed some of that history.

There really is no such thing as a chemical which can induce morality. Philosophers believe that morality is either an instinct derived from God (or Nature); or that is wholly an environmental construct; or that it is wholly subjective and individualized. Whatever position one takes, a chemical can't create morality since the chemical's actions on the brain---by definition---would depend upon the moral standards of the chemist. In reality, a synthetic chemical can only influence moods or---in extreme cases like hallucinogenics---distort perceptions. Administration of such substances involuntarily interferes with a person's free will. And since Free Will plays a part in forming one's standards of morality, no synthetic chemicals can change those standards.

Some might argue: 'What about the free-will of hardcore addicts?' The addicts generally know that what they are doing is wrong; but their need for the drug often overrides their desire to do anything to correct it. This is one of the reasons why there is such a deep tie-in between drug use and the Occult. A lot of users turn to the Occult to rationalize their addictions,

The only way that Crutchfield's theory could 'work' is to form a pattern of addiction in the 'defectors' so severe that those unfortunates would comply with the Deep State just to feed their cravings for the drug. It's noteworthy that Crutchfield states: "The scenario in which the government forces an immunity booster upon everyone is plausible. And the military has been forcing enhancements like vaccines and 'uppers' upon soldiers for a long time."  In fact, this has considerable historical precedent. It's just not a precedent that civilized nations are inclined to want to follow. 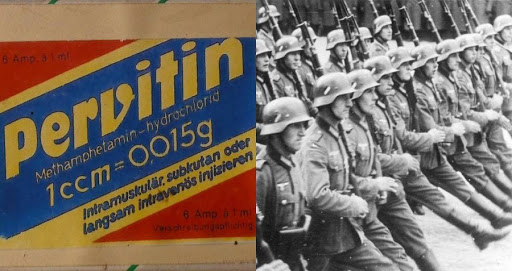 Big Pharma is a major player behind the Insurrection, and they hope that they can do for Americans what they once did for Germany. We'll see only what the Deep State wants us to see; we'll hear only what they want us to hear; we'll say only what they want us to say. The mandatory face mask is symbolic on an occult psychological level of the muzzle; mad-scientist Fauci wants googles too (symbolic of the blindfold); no doubt earmuffs will be next. I wonder if all those who laughed a decade ago at the suggestion that Obamacare would become a means of control are laughing now?

At the beginning of the article, The Conversation issues a Disclosure Statement. "Parker Crutchfield does not work for, consult, own shares in or receive funding from any company or organization that would benefit from this article, and has disclosed no relevant affiliations beyond their academic appointment." Whether that's true or not, the University that signs his paychecks certainly benefits from Big Pharma. According the website 'The Best Schools':

"In 2011, Ronda E. Stryker and William D. Johnston gifted Western Michigan University with a record-setting donation in excess $100 million. Initially an anonymous donation, the truth eventually emerged that the two wealthy alumni were behind the donation. Ronda Stryker is one of three grandchildren of Homer Stryker, the founder of multi-billion dollar medical device company, Stryker Corp. William D. Johnston, Stryker's husband, is a trustee of the university... the donation was made with the goal of opening the new medical school, so named the Homer Stryker M.D. School of Medicine."

Now, where have we heard the name 'Stryker' before? Oh yes...we had occasion to mention them in connection with the Bill and Melinda Gates Foundation, and as one of the fine folks behind Black Lives Matter.

Homer Stryker was a WMU graduate and earned a teaching certificate. He joined the Army and served his country in World War I before working in that profession. Upon returning from Europe, he worked his way through medical school---including a colorful career as a baseball pitcher. After graduation, he was a distinguished orthopedic surgeon. When not at the hospital, Stryker had a home lab and workshop and designed several inventions related to orthopedic practices. During World War 2, he made his fortune by inventing the Stryker Saw, an electric saw which could cut through a plaster cast without touching the skin. This invention is still in use today. 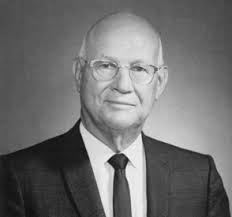 Although Homer Stryker was a great American and a benefactor to humanity, after his death in 1980, his fortune passed into the hands of his parasitic and useless grandchildren who've employed their power and money to every evil scheme that their imaginations could suggest. They've turned the once-venerable Stryker Corporation into a blot on society. Ronda Stryker's sister Patricia is one of Colorado dictator Jared Polis' inner circle of ruling elites. Her brother Jon Stryker is a homosexual and one of the ringleaders of the Gay Mafia. The Corporation was a huge lobbyist for Obamacare; and since the passage of that law, has used its government largesse to prey mercilessly upon its smaller competitors.

Should the current plot to overthrow the Established Government be successful, the Stryker Family is going to be among those actually running your government, with cornballs like Parker Crutchfield among those dictating National Health Policy at the Strykers' orders. Want to live in that kind of world? I'll stand with the Constitution, and the Strykers and Crutchfield can shove their Happy Pills up their anuses. 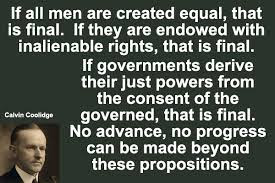