GATES GETS CAUGHT BRIBING THE MEDIA TO LIE ABOUT COVID-19

By now, I assume that most readers are familiar with the shady and unscrupulous character of Tech mogul Bill Gates. Gates made his fortune spearheading the Tech Revolution of the 1990s which was a genuine leap forward in human progress. Had he left matters there and concentrated on building and improving Microsoft, Gates likely would rank with men like Jonas Salk as benefactors of humanity.

But unlike Dr. Salk, Gates seems to suffer from a character defect which leaves him unsatisfied with any level of human power. His great contributions to the world of personal computing are being overshadowed by his activities as a sociopolitical revolutionary. Gates gathered around him a motley collection of opportunists and fanatics and established the Bill and Melinda Gates Foundation---which is really nothing more than a front for these creatures to impose their crackpot ideologies upon the world at large. Gates has been one of the more visible ringleaders of the ongoing coup d'etat and has made no secret of his plans to participate in the post-COVID world.

Recently, editors at a quite Liberal publication called The Columbia Journalism Review began becoming a bit suspicious of Bill Gates' activities and the Media coverage surrounding him. Their research discovered that Gates has paid over a quarter-billion dollars in donations bribes to major Mainstream Media outlets to fan public hysteria over COVID-19 and to cultivate his public image as an 'expert.'

The story was picked up by author Robert Kennedy---son of the former US Attorney-General and nephew of President Kennedy. Despite the fact that Kennedy is politically Liberal himself, the only media outlet that would publish his editorial is a Conservative/Libertarian site. That fact speaks volumes about the control over the press that men like Gates currently have. 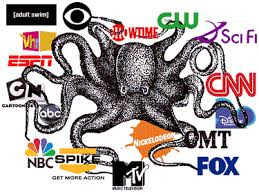 Kennedy made this astute observation from the researchers' findings: "His press bribes have paid off. During the pandemic, bought and brain-dead news outlets have treated Bill Gates as a public health expert—despite his lack of medical training or regulatory experience. Gates also funds an army of independent fact checkers including the Poynter Institute and Gannett —which use their fact-checking platforms to 'silence detractors' and to 'debunk' as 'false conspiracy theories' and 'misinformation,' charges that Gates has championed and invested in biometric chips, vaccine identification systems, satellite surveillance, and COVID vaccines."

Well, well, well. So our fact-checkers are bought and paid for too. Who'd have guessed it?

It's always been somewhat true that wealthy and powerful men and interests have had some pull with the press. But there was a built-in fail-safe in the system. News outlets were in competition; and their success depended upon their credibility. A vested interest could only push the envelope so far before they ran the danger of being exposed and the news outlet going under financially. Today, however, Mega-corporations have the resources to control an overwhelming percentage of public information. There is really no material difference between a monopolistic media in corporate hands and a State Ministry of Propaganda in the government's hands. In one case reported by CJR, Gates learned of a proposed article critical of his activities in Africa and sent his operatives to the outlet's owners to demand it be suppressed. Would a police state behave differently?

The CJR report also shows that Gates is not content with buying off journalists, he's also donated millions to train new journalists. "The Gates Foundation directed $6.3 million to the Solutions Journalism Network (SJN) to train journalists and fund reporting projects. Gates is the largest donor to SJN—supplying around one-fifth of the organization’s lifetime funding. SJN says more than half of this money has been distributed as subgrants, including to Education Lab, its partnership with the Seattle Times."

Like everything else Gates does these days, the SJN and related projects don't encourage traditional journalism. "If critical reporting about the Gates Foundation is rare,"  says the report, "it is largely beside the point in 'solutions journalism,' a new-ish brand of reporting that focuses on solutions to problems, not just the problems themselves. That more upbeat orientation has drawn the patronage of the Gates Foundation."

The problem with this 'new approach' is obviously that it circumvents Democracy and dumbs-down the public. In traditional journalism, reports (in theory) investigate the facts of a given problem or issue and present them to the public. The public then can make an informed decision on solutions. Under Gates' system, the public is presented an issue as a fait accompli and given an option of solutions. This is actually a variation of the Delphi Technique. We've seen how this procedure operates during the whole COVID-19 scam. We were told that the flu was a crisis and the debate centered upon how to meet it. There was never any discussion about whether the influenza outbreak was really a crisis or not. The dumbing-down comes from the fact that Gates 'new approach' completely paralyzes critical thinking. Worst of all, it creates the psychosocial illusion that the popular will was achieved in a democratic fashion.

Whatever Gates and his cronies are up to, it's no good. The truth can be presented with confidence because it can withstand public scrutiny. The truth never needs bribery, subversion, manipulation, or suppression of opposing positions to stand. Anyone who is promoting an agenda which needs this kind of chicanery to sell it should never be trusted. 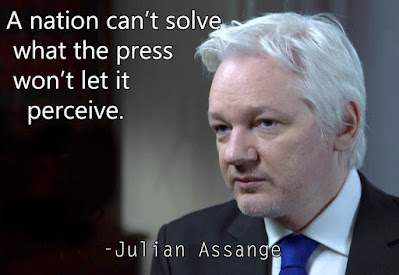