IS THE COUP COLLAPSING?

First off, I apologize for the recent delays between postings. Admittedly, I've been feeling a little under the weather lately. Hence, it's been a challenge keeping up with the rapid pace of the ongoing Color Revolution raging in our land. 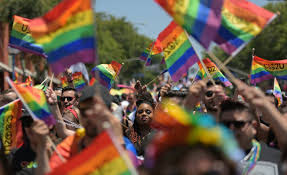 OK, stop the cheering, boys. I didn't catch COVID-19 at the White House; in fact, I'm not even suffering anything fatal. Just having to stay in bed a lot and taking drugs: which gives a perspective on what it feels like to be a Liberal on a daily basis.

This unexpected free time has, though, provided an opportunity to analyze the state of our current social devolution. While I realize we're still in a bad position, I've noticed that the preceding months is definitely taking its toll on the Insurgency. Courts have been beating back the dictatorial regimes of the Rebel Governors and a growing number of police agencies are refusing to serve their masters in the State Capitols. I've often said that Time is not the Rebels' friend. It's one thing to start a panic: sustaining it is another matter.
Another problem that the Insurgents are facing is the upcoming Election. It appears now that the Left was at least going through the motions of a democratic process, but what they really wanted was to use it as a referendum on the Trump Administration. This seems to be backfiring on them badly; as even the badly corrupted early polls are showing Trump variously leading outright or within the margin of error. This translates into a massive electoral victory for Trump: we know that the Democrats are cheating but they can't even gain an advantage by it.
Another noteworthy Left-Wing failure was the Insurgents' releasing criminals and inciting riots to bait Trump into declaring Martial Law. That was supposed to provide the RINOs and Deep Statists within the Pentagon with a pretext for a mutiny. Trump evidently saw through the scheme and turned the responsibility back on the Insurgent political leaders who are losing popular support instead. 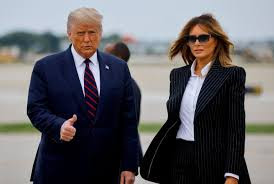 Foiled by these reversals, the Rebel Leadership is becoming more dangerously desperate. If Trump actually wins a fair election by an overwhelming vote, he'll be a 2nd Term President with a popular mandate. This will give Trump a clear field for action: meaning that the Insurgents are likely going to be suppressed and brought to justice. That has been the Deep Statists' greatest fear since 2016. Recall back then that Julian Assange leaked a conversation between Hillary Clinton and John Podesta where the former grimly predicted that "If Trump is elected we'll all hang." A significant number of the DNC's partners in the Swamp are already residing in Federal Penitentiaries; and the recent leaks of Obama/Clinton/Biden/Podesta misdeeds indicate that the next four years are likely to feature some high-profile trials.
But of course all of this is premised on a fair election actually happening. Sabotaging the Election has been the ace up the Insurgents' sleeves all along. Pelosi is already organizing some 25th Amendment nonsense. More worrisome is that the tone in the Corporate Media is becoming increasingly incendiary with outright veiled threats and phony justifications for subverting democracy. I can't imagine at this point that November is going to be anything but a national nightmare. 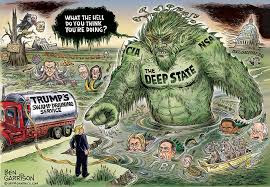 For the Enemies of Liberty, this is literally 'do-or-die' time. If they can't stop Trump from retaining office, it's game over for them all: and they know it. They're not going to stop at anything to prevent that from happening. Therefore we too must be aware and prepared. False-flags, further riots, media propaganda and distraction, electoral chicanery---all of this is coming down the pike at us as surely as November arrives. By staying the course, we can still stop this power-grab from occurring. It may be coming late, but the momentum is clearly shifting in our direction. The more the Left is exposed, the less stable their power becomes. 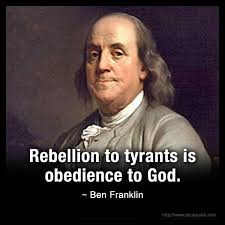