THE SEASON OF THE HOAX

So it's the Halloween Season of trick-or-treat in the Prozac Nation---which used to be a fun day for going out with the kids. It was really the unofficial start of the holiday season with Thanksgiving, Christmas, and New Year's coming up. Now, Halloween was long ago co-opted by the Gay Mafia, and the mad governors of the Insurgent States are working on hoaxing the gullible American public in any way possible.

For example, House Speaker Nancy Pelosi got caught profiteering off the Russia-gate hoax. It seems that her domestic partner, Paul Pelosi, invested to the point of controlling interest in a domestic-espionage company called CrowdStrike which figured prominently in all of that fake news. The company is headed by two DNC apparatchiks and---because of the free advertising it got during Russia-gate---has become one of the industry leaders in its already unsavory field of enterprise.

And we learned today, that CNN and The New York Times have been lying about the "anonymous senior official" whom they've quoted as a whisteblower inside the White House. As it turns out, he was an absolute nobody with no access to anybody of importance.

And another hoax aggressively being pushed right now by the Tech Titans is that mail-in voting and the 2020 Election is a transparent process. Unfortunately for them and other Democrats, Project Veritas has caught not one, and and not even two, but three cases of massive corruption badly comprising the electoral integrity in Texas, Minnesota, and New Hampshire.

But since all three of those stories have without doubt been thoroughly covered by the Mainstream Media, we move on to a hoax involving a Halloween tradition; wearing masks. It seems that over in Europe, where men apparently have higher Testosterone levels than their American counterparts, riots have been breaking out against further attempts to promote the Scam-demic. Not so over here, where thugs are let out of jail to riot against Law & Order (creating a lot of vacancies for Insurgent politicians to fill, if you get my drift). Consider California tyrant Gavin Newsom's orders for celebrating the holidays: 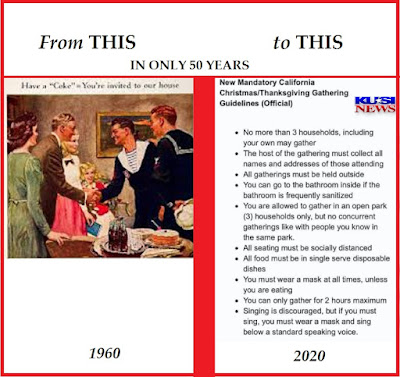 Even though the COVID Scam-demic has been a proven hoax and the Media got caught red-handed lying about it, the passive Ameroboob still obediently dons his Cuck-Muzzle and practices social distancing. Even if COVID-19 was a real pandemic, Common Sense alone should tell anyone that neither of these mandatory decrees would work in actual practice. Social Distancing is the most ridiculous one of all. COVID-19 is an airborne illness, and most residences and nearly all commercial properties have central-air systems. The virus would get spread no matter how far apart anybody stood. Some viruses have been known to spread even faster that way.

The same is true for mask-wearing. Except for military-grade contained breathing systems, there's no fabric available to the public that can stop penetration of airborne virus. The Media and the mask-pushers are relying on health policies enacted during the 1919 Spanish Influenza Pandemic---when scientists wrongly believed that influenza was caused by a bacteria transmitted by contaminated air. The existence of all viruses was unknown to science until 1931 when the Electron Microscope was introduced and they could be observed and studied for the first time.

In the true scientific spirit, Dr. Henning Bungaard---one of Denmark's leading cardiologists---assembled a group of international medical specialists to study in-depth the efficacy of Mandatory Masks. Dr. Bungaard told Bloomberg News in July that the study was being finalized. “All these countries recommending face masks haven’t made their decisions based on new studies. This is the world's largest study of its kind and is expected to be included as an important factor in the basis for government decisions regarding the use of masks," Dr. Bundgaard said. 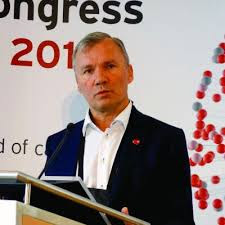 The date of that announcement is interesting, because shortly before it was made, sociopolitical megalomaniacs in America suddenly were imposing Mandatory Mask Orders. They may well have seen the handwriting on the wall, because a less comprehensive but scientifically empirical study at Oxford demonstrated that masks were of little to no value had just been published.

Recently, the Danish newspaper Berlingske began investigating what happened to the Bungaard Report. It was discovered that the report had somehow been blacklisted by every major international medical journal. As scientific men, the professors and doctors involved in the study don't wish to discuss the results without a proper peer-review, but I think we can all pretty much guess roughly what they concluded by the fact that certain vested interests don't want the public to know what the conclusions were.

"The journals refusing to publish the results reportedly include the Lancet, the New England Journal of Medicine, and the Journal of the American Medical Association. The Washington Examiner reached out to all three journals. Only the Lancet responded, saying it does not comment on unpublished studies."

Two journals based in the US and one in the UK. Are we shocked by that? We shouldn't be. The New England Journal of Medicine, for example, is owned by the non-profit organization, the Massachusetts Medical Society. MMS is deeply connected to Leftist universities Harvard and Tufts. A survey of its leading donors show that they are dominated by Medical-Insurance cartels Coverys Specialized Insurance, CRICO, and Physicians Insurance. Big Pharma makes up a large segment of their so-called 'sustaining memberships' as well.

The Journal of American Medicine is published by the Medical Cartel bearing its name. The AMA has been the source of numerous injustices in the health care system. In 1987, the Reagan Administration successfully brought Anti-Trust actions against them which broke their stranglehold on alternative medicine. Today, the AMA is the 7th largest lobbying organization in the United States, mostly supporting bills for expanding socialized medicine and gun control. According to Open Secrets, the AMA currently has 55 lobbyists on its payroll; 29 of whom are revolving-door former federal bureaucrats and operatives.

The AMA Foundation website honors its top corporate 'partners' on this page: 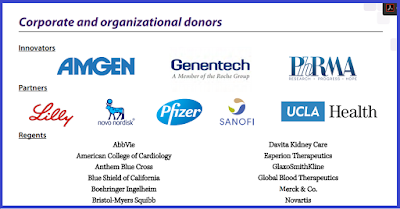 A collection of very disinterested parties in keeping the Scam-demic going, right? At least five of these companies are getting fat payoffs to develop a 'COVID Vaccine' which is very likely yet another hoax.

The Lancet is a subsidiary of FT Global Fortune 500 consortium, the RELX Corporation. This publication---though based in England and supposedly scientifically objective---has endorsed Biden for US President. CEO Sir Anthony Habgood was once CEO of Moelnlycke Health Care. Moelnlycke, incidentally, is one of the world's largest manufacturers of medical masks. Habgood also sits as chairman of something called The Court of the Bank of England.

The Lancet used to be a respectable journal, but it's descended into sensationalism at about the same level as the Journal of American Medicine has into Political Correctness. They recently had to retract an article on Hydroxychloroquine that even the COVID hoaxers could no longer support. This was the fourth time since 1998 that The Lancet had to retract a false report.

Given the equivocal characters of the persons and institutions surrounding these three publications, getting any sort of medical objectivity regarding a purely political disease is next to nothing. What should be even more troubling is that their suppression of a study shows complete subservience to the will of their political masters. It also illustrates that the Elites' promotion of the mask has a deeper and more sinister aspect than most of us realize. If the mask has little or no benefit and the Elites know this, why are they going to such extremes to enforce it? And why also are they trying to suppress the truth instead of their usual tactic of discrediting the issue with fake news? It is as if they want no discussion about it and are drawing a line in the sand. I suspect there's a lot more to this story yet to come. 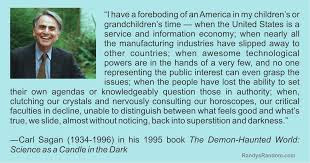