First and foremost, thanks to all of the well-wishers during my recent illness. As far as medical care goes, I've been in good hands. 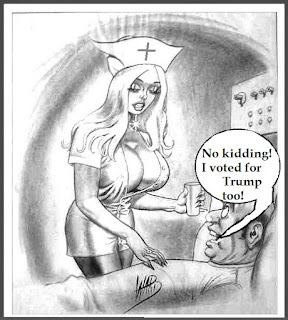 A few trolls have been spreading rumors: the fact is that I only have a sinus infection, which has been causing what postmodern physicians call chronic fatigue; i.e. the body slowing down to allow natural processes to fight off the infection. However, for one who spends a few hours a day writing on fast-paced social and news cycles, this state of affairs presents an obvious handicap. As a side-note, I've refused to wear a cuck-muzzle face-mask even at the hospital; next Tuesday will make 4 straight months (120 days) since our Governor's Mandatory Mask Order, and I have yet to put one on even once.

Aside from not wearing a mask and not watching the Mainstream Media all day, staying in bed, doing little work, and popping pills has given some insight into how most Liberals live their day-to-day lives. Though I have been writing less, I've kept up on the excellent work being done by other bloggers, vloggers, forums, and Conservative news outlets. Though I don't go too in-depth on reading MSM propaganda, I do follow their headlines (which is all that most Liberals read anyway) to note certain trends in their 'narrative.' The good news is that the prediction in the last article seems to be coming true and the signs are all in place that the Insurgency is breaking up. I'll try to say more about that before the Election. But the main clue is that the MSM is focusing less on aspects of the Coup itself and feeding a lot of distraction-type stories into the headlines---focusing on things like sex scandals, paedohysteria, and some virtue-signalling stuff while stories on the riots, the SCOTUS nomination, the Election, and attempts to overthrow Trump by force are fading from the news cycle.

Most of the propaganda has featured a few lame attempts by psuedo-intellectuals like Fauci and Gates to keep the ball rolling. One headline that came out yesterday though caused a double-take: "Pope Francis, in Shift for Church, Voices Support for Same-Sex Civil Unions!" (The New York Times). 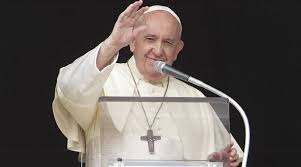 Granted, the Church has had a few problems with gaffes since Francis became Pope, and His Holiness' sociopolitical views are often Left of the American Conservative Mainstream. However certain interested parties on both the Left and Right like taking the Pope's comments out of context to promote their own agendas: making him out to be a 'woke' Left-Wing activist or a 'New-Age' version of the antichrist as the occasion or agenda dictates.

So I did a search on Google (now being sued by the US Government for Anti-Trust violations), and seeing that all of the stories were from known fake-news peddlers like the New York Times, the Washington Post, NBC News, etc., my internal polygraph began spiking. When I read that the source for this story was a heavily-edited documentary---filled with anti-Trump innuendo and released two weeks before the Election---the meter really started going off. As a side-note, this is the same MSM who brushes off the heavily-edited documentaries produced by Project Veritas as unreliable sources.

It wasn't until the Catholic News Agency actually analyzed the film and spoke to operatives in the Vatican that the truth came out.

"Some have suggested that when Pope Francis spoke about a 'right to a family,' the pope was offering a kind of tacit endorsement of adoption by same-sex couples. But the pope has previously spoken against such adoptions, saying that through them children are 'deprived of their human development given by a father and a mother and willed by God,' and saying that 'every person needs a male father and a female mother that can help them shape their identity.'"

How many so-called Conservative politicians would have the guts to say in public what Pope Francis did about homo adoptions or so-called 'families'? That's something to think about when hearing some phony pundit allegedly on the Right bashing Francis as a 'liberal.'

"On civil unions, the pope said that: 'What we have to create is a civil union law. That way they are legally covered.'

'I stood up for that,” Pope Francis added, apparently in reference to his proposal to brother bishops, during a 2010 debate in Argentina over gay marriage, that accepting civil unions might be a way to prevent the passage of same-sex marriage laws in the country." (emphasis mine).

The takeaway from all of this is that we should regard any MSM stories about anything the Pope says with as much contempt as we have for their whispered rumors about the President's alleged sex scandals. The American Media is a national disgrace and nobody should take anything they say about any person or issue at face-value.