400 years ago this December, a group of English religious refugees landed at what is today Plymouth, Massachusetts and founded the small settlement from which the United States of America eventually grew. The Pilgrims were Christians who refused to bow to a State Church which they believed (correctly) served the interests of His Most Royal Christian Majesty, James Stuart the First, instead of serving Christ. In England, those who held these beliefs were jailed, beaten, pilloried, and some of the women raped and threatened with having their children taken. 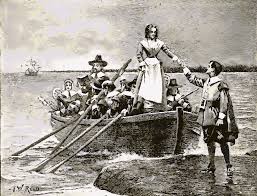 The Far-Out Whacko Left-Wing and their Swamp RINO confederates have long dreamed of emulating King Jimmy and effacing the legacy of Plymouth Rock. Rainbow Churchianity is heavily promoted in places like the Huffington Post which has transformed the Image of Christ into a hideous Baphomet which mirrors both the devilish cults and ignorant atheism to which our Cultural Elites are addicted.

One of the first things that local dictators like Florida Governor Rick DeSantis did as soon as they had the power to do so was suspending parts of the 1st Amendment. The Right of Assembly went first, followed by the closure of churches. Now, a few religious dissenters in Florida apparently decided that the Governor's edicts violated their Rights. One of these was the pastor of a large church---apparently of the Pentecostal Denomination---headed by Rev. Rodney Howard-Browne of Tampa. 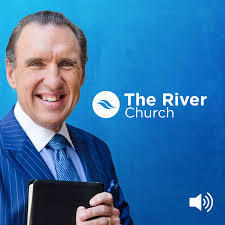 Of course, Dictator DeSantis was not going to tolerate this kind of insubordination. How dare somebody claim that the Authority of Christ superseded his authority! Churches and worship services are nonessential, according to Big Brother. Abortion Clinics and Marijuana Dispensaries, however, remain open. 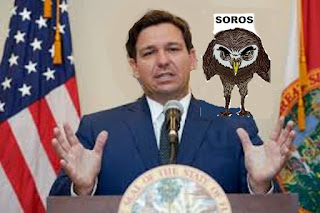 Thus, on Sunday, Rev. Browne was arrested and charged with "unlawful assembly and violation of a public health emergency order." According to WFTS-TV in Tampa, Sheriff Chad Chronister decided to act "after getting an anonymous tip that the pastor, Dr. Howard-Browne refused requests to temporarily stop the large services."

"Last night I made the decision to seek an arrest warrant for the pastor of a local church who intentionally and repeatedly chose to disregard the orders set in place by our president, our governor, the CDC and the Hillsborough County Emergency Policy Group. His reckless disregard for human life put hundreds of people in his congregation at risk, and thousands of residents who may interact with them this week in danger." Chronister said. 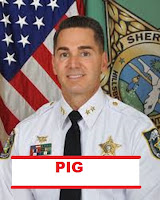 Pat Kemp, a Hillsborough County Commissioner told WFTS that she, too, had heard of the church services and denounced Rev. Browne to the political police Sheriff's Office.

Kemp, an attorney and an admirer of Barack Obama,  said hysterically that “I feel certain that it’s very likely that in that church today there will be some people that were infected and some people that will die.”

And WTFS itself is an affiliate of ABC News. ABC is owned by the Disney Corporation: a huge supporter of Liberal causes and a major political lobbying force in Florida. So, naturally, the station consulted a 'legal expert' who assured readers that there was absolutely nothing illegal about any of these proceedings.

'Our ABC Action News legal analyst said under the Hillsborough County “safer-at-home” order, the sheriff has the rights to take legal action. “It’s not a matter of leaving the doors open, but if he holds a service and he has a meeting of any kind where people are listening to him, then he is responsible for them being there. They absolutely can arrest him,” said Attorney Jeff Swartz.

Jeff Swartz is a Law Professor at Western Michigan University and a formerly judge in Florida. Some of his previous legal advice to WTFS included predicting Trump's downfall for Russian collusion in 2017. In other words, Swartz is just another Liberal dork from the bowels of Academia and his opinion is worthless.

But let what these chumps said and did sink in. A pastor was arrested for holding religious services in the United States! In the country where religious freedom and Right of Conscience was first instituted! This is a national disgrace. Swartz' babbling to the contrary---charging a church with unlawful assembly is a return to outrages like the Conventicle Acts!

In my opinion, Pastor Browne should be released and paid reparations; while Rick DeSantis, Chad Chronister, and Pat Kemp should be indicted by Congress and tried for Federal Civil Rights' violations.

But try and explain any of this to the drug-addled Ameroboob and you know how much concern religious liberty will get. 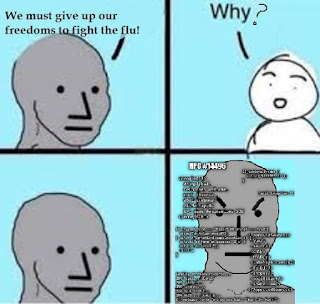