AN INTERESTING QUESTION FROM THE LIONS' DEN

Today, we came across a good article from our Blogroll at the site The Lions' Den. An Atheist had asked the author that's been around for a long time, to wit:

"Question: Can a biblical historian be thoroughly objective as a Christian and retain their integrity?"


The first thing that I would note is that I haven't seen much objectivity of any kind, on any subject, from historians in a long time. But that aside, the question was specifically about Biblical History: and that has been among the least objective subjects in modern historical research. The two main reasons for this is that (1) ever since the 18th Century or so, there have been a cadre of 'progressives' in Academia who desire a complete split between Biblical morality and Academic research; and (2) in more recent time, Christian controversies are one of the few literary genres which it's still profitable to produce. As proof of this, consider how many 'lost books of the Bible' are supposedly discovered, it seems, every other year. In contrast, there hasn't been a lost writing of a contemporary Graeco-Roman writer discovered in well over a century.

In most cases, historians are simply repeating what others before them have said, and are playing to audiences who already want to hear what's being said.

The Bible itself is a mixture of history, literature, philosophy, and theology; and most historians are so tunnel-visioned that they miss the bigger picture by focusing on minor details. 'Oh come on, now' someone may say, 'You don't really believe that a whale swallowed Jonah and that his preaching converted Nineveh. There's no historical record of that!' To which we'd point out that 150 years ago, it was the consensus of the Academic Elite that no such place as Nineveh ever existed. 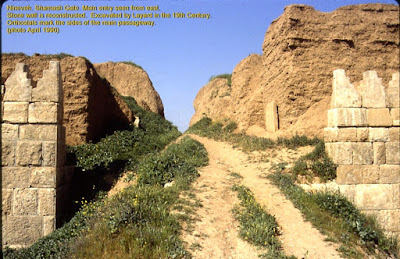 Or, conversely, the story of Joshua commanding the sun to stand still during a battle. That couldn't possibly have happened, right?

"The silver sun … was seen to whirl and turn in the circle of broken clouds. A cry went up from every mouth and the people fell on their knees on the muddy ground. … The light turned a beautiful blue as if it had come through the stained-glass windows of a cathedral and spread itself over the people who knelt with outstretched hands. The blue faded slowly and then the light seemed to pass through yellow glass. … People wept and prayed with uncovered heads in the presence of the miracle they had awaited. The seconds seemed like hours, so vivid were they."---reported by the Portuguese newspaper O Dia on the Miracle of the Sun at Fatima, 1917. This newspaper previously had been deriding the Fatima Apparitions as mass hysteria.

Prior to WW2, there were many in Academia who argued and wrote books 'proving' that Christ Himself never existed, but was based on various pagan solar myths. Any professor  today who denied an Historical Jesus would get laughed off the podium, even by his fellow-Atheists.

The only actual historical inaccuracies I have ever noticed with Biblical History from the traditional side are not with the Bible itself, but with erroneous times and places assigned to these events by fallible men.

If a person is connected to a university today and travels to the Levantine Countries, there's no shortage of people with Biblical-Era 'artifacts' for sale. The uniqueness of these artifacts correspond both with the amount of cash and gullibility that the historian can come up with. This is common in most of these kinds of places. During the Mayan Calendar Hoax of 2012, there were old 'shamans' popping up all over Central America who---for a price---would reveal the deep secrets of Mayan Prophecy to foreign researchers. The same is also true in Central Africa. Around Lake Victoria, scientists can buy 'fossils' of all sorts of hitherto-undiscovered specimens of prehistoric man.

In other words, Christians shouldn't get too distracted by these kinds of issues. There are many unexplained phenomena in the world---and the Bible which sees the whole scope of human history has many parts that people understood in the past which we cannot fully comprehend today. It works the other way, too. Many of the enigmas in the Revelation of St. John are incomprehensible to us, but Christians of the future times to which they refer will understand their import. Research is always necessary; but Faith and Humility must always play a part.