Well, we're now mid-way through Week 5 of the Great Pandemic Panic.  The Corporate Media and the Swamp Creatures are working desperately to keep up the fear levels; but their efforts are being handicapped by their own experts and pundits (most of whom are connected with Big Pharma and/or the Academic Establishment) consistently turn out to be wrong. Instead of Facts Not Fear; we should have had Think Before You Act as a motto for this so-called 'crisis.' But thinking doesn't drive up Media ratings.

And sadly, too many Americans let Big Pharma do their thinking for them already. 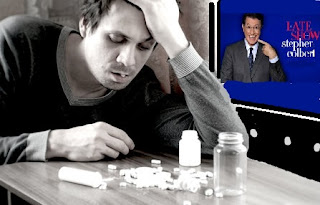 One of the most noteworthy things about local governments seizing this inordinate power has been the complete lack of any discussion or debate on the matter. The culmination of a social ideology steeped in Political Correctness and Cancel Culture really bore its fruit. Deference to hired 'experts' and silencing anyone who questions the 'narrative' is bad enough on its own, but when actual policy is being conducted on this basis, we're in a lot worse trouble than just from an influenza outbreak. 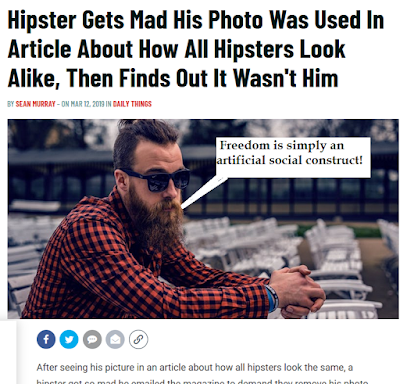 The same 'experts' who've been feeding the Corporate Media with COVID baloney are the same Academic Establishment con-artists who've been telling us that gender is unrelated to biology; that American drivers cause Global Warming; that gun control reduces crime; that family structure has no influence on Child Psychology; that Reason and Faith are myths; that Deficit Spending and increasing money supplies don't cause Inflation (and that Inflation doesn't cause poverty).

Now these same geniuses are telling us to make our own face-masks and stop shaking hands. It doesn't seem to have occurred to anybody that there have been 69 COVID-related deaths combined in the five US States which are not on lockdown. It's alleged that there have been 14,000 deaths in the US (far short of the millions predicted by the 'experts'). Half of these are in the NYC to Boston Corridor which is heavily locked down. 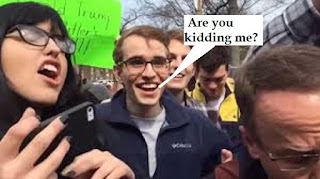 No, Carl, it's no joke. "Oh, seriously?!? CNN and the New York Times are saying medical workers are the new front-line heroes! And they say that anybody who doubts it are tin-foil-hat, pants-on-fire conspiracy kooks who fail fact-checks!"

Well, let's have a look at some of the News Releases relating to the Medical Establishment since the COVID 'crisis' hit the US. These didn't appear in the MSM; but on the US Department of Justice's website:

Now, why would anybody doubt that Big Pharma would lie about a situation that had potential profit for them? Just because they get caught lying to the Government on an average of twice a week doesn't mean that we shouldn't trust them, right? And just because Big Pharma is one of the Media's biggest advertising clients doesn't mean that the press might be biased, does it? 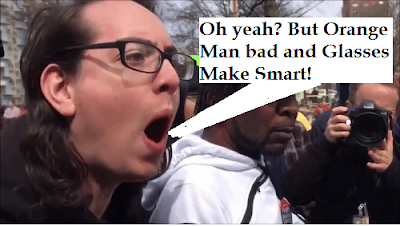 Sorry, Snowflakes---the Orange Man is our last line of defense against power-junkie local officials right now. And so far, he's the only political leader talking about restoring order after this nonsense runs its course. And glasses don't make smart. However, they do make cute, I noticed: 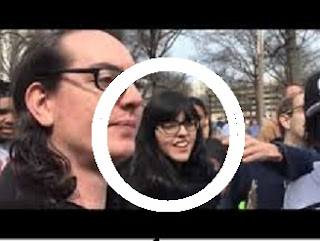 Thus, if this particular protester is reading, I hereby offer to prove to her in person that things like social proximity, holding hands, and kissing are not only perfectly safe, but quite good for soul and body indeed.