If anyone's been much attention to the Controlled  Opposition  Conservative media lately, they've doubtless encountered stories about some vulgar chants and booing and hissing directed at our Head-of-State at various public functions. Just a year ago, of course, these same crowds were chanting "Orange Man Bad" and "Black Lives Matter" but that fact hasn't seemed to have affected the optimism on the Right that the RINOs are about to come back into power and save the world. 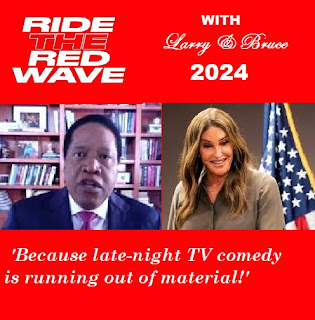 The main reason that none of this anger or disapproval of the Junta is going anywhere is because it's not a unified movement with any specific grievance. I would wager that the majority of those could care less that Americans are losing our Rights at an exponential speed and plunging headlong into dictatorship. They're mad because the Junta's policies are starting to affect them personally. Let's look at some of these groups in the news lately:

1. Landlords: our illustrious governor recently extended the State Eviction Moratorium, and (small and midsized) landlords are going bankrupt because the State is also sitting on Federal Relief Funds. These guys have been all over the local Media with their complaints. But I seem remember that these same people supported so-called Growth Management which prevented new construction and kept property values high. They also didn't mind taking Section 8 Housing which enabled them to inflate the rental property prices to the maximum the market would bear. Where was all their concern for affordable housing, or the people priced out of the market? Forget the 'American Dream': "I got mine, screw you." was their attitude---now they're going down and their investments are going to get swallowed up by the likes of Honeywell or Berkshire-Hathaway.

2. Airlines: So some airline workers went on informal strike last weekend. These people were perfectly OK with turning over their industry to TSA bullies; cutting services, and enforcing mask-mandates and whatever other means of cheating consumers they could find. I don't recall them ever shutting down in solidarity with other workers whose jobs got exported to China; for that matter, they didn't seem to care very much when the Loyalty Vaxx was being imposed in other business sectors. They didn't care when the Elites began composing secret 'no-fly lists' or requiring identification papers to travel---despite both those things being unconstitutional. I guarantee that if the Junta granted them from the Vaxx Requirement that they would go right back to enforcing all of these injustices; as long as they're secure, who cares? That probably won't happen however, they'll likely all find themselves replaced.

3. The Medical Profession: is also experiencing a number of recent walk-outs. When Obamacare was passed a decade ago, a few resigned in protest; but the majority adapted themselves to the New Normal of working under the thumb of Big Pharma and the Insurance Cartels. Since that time, they've doled out Opioids despite knowing that addiction rates and overdoses were climbing; they recommended abortions despite knowing that these procedures were damaging and that the fetal tissue was being trafficked; they went along with all of this 'homo equality' nonsense despite knowing that it was all a lie; they went along with supporting the Scamdemic despite knowing that the tests were flawed; they knowingly inflated Scamdemic death-figures; and they knowingly gave out vaccinations that they knew to be untested and potentially unsafe. It was all no problem while the cash was rolling in; but the Regime demands that they take their own medicine; and suddenly it's an issue. Like the airline pilots, they'll soon discover that the Regime considers them expendable.

4. Educators: What needs be said of them? They were content to look the other way when their colleagues were being purged and blacklisted for refusing to teach Politically-Correct propaganda. They've basically gone along with every form of corruption, perversion, and useless mandates that have been thrust upon them---including supporting unions which helped elevate the Junta into power. Something like 40% of people in this profession send their own offspring to private schools while vigorously opposing School Choice for everybody else. Their attitude towards the Vaxx Mandate is essentially the same; it should be mandated for everybody else.

If these protesters really believed in what they were doing, they would be networking and organizing Parallel Economies and setting up systems outside of the Junta's reach. But---like most Americans today---they're only in it for themselves, and the majority will cave in once they realize that nobody has their backs---just like they looked the other way at people who took a stand or got purged out of their positions before them. They thought they could game the system; once they'd consumed the smaller fish, the bigger ones are coming for them; and that's all that this 'protest' really amounts to. Too many Americans thought that they could game the system only to discover that they're getting beaten with a new set of loaded dice.

Americans need to realize that we reached a Point-of-No-Return last January. The Regime has no intention of relinquishing power; they don't care about popular approval---they want proven loyalty or at least cooperation in both Government and Big Business. Disengage, disunite, disconnect: that is the only way we can effectively live without surrendering our autonomy as humans at this point. 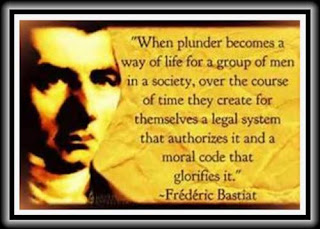