THE YEARS OF LEAD AND THE STRATEGY OF TENSION

So we've experienced yet another mass-shooting in the United States, with the usual hypocritical thoughts and prayers being extended to the victims while in the immediate aftermath both sides of the partisan divide begin pointing fingers. Nobody of course wants to be insensitive and point out that drug overdoses, traffic fatalities, and suicides are more often the cause of American deaths than mass-shootings or terrorist attacks. To admit that would mean admitting that policies like the drug war, mandatory seat-belts and alienating men have been failures. Besides, as we've seen recently, Ameroboobs thrive on hysteria and drama: witness shutting down the entire Constitution over a flu outbreak with a 99.75% survival rate.

The nominal Head-of-State was pounding his shoe on the podium shortly after the shooting, which naturally was reverberated by his parrots in the Corporate Media. "We have to stand up to the Gun Lobby!" Biden roared; ironically after two months of flooding Ukraine with weapons and mercenaries. This was pounced upon quickly by the Controlled Opposition, who assured us that these incidents only happen when Democrats are in power. Despite the narrative, they've been happening fairly frequently since the mid-1990s. Even though the US doesn't come close to the murder rates of other countries, mass-shootings grab headlines, which in turn generates mass-hysteria.

There are a lot of things about these incidents that nobody wants to discuss, for example:

1. That Media Sensationalism seems to generate more of these events.

2. That a fairly high percentage of these perpetrators were using psychoactive drugs of some kind.

3. That many of these perpetrators were well-known to the authorities who never seem to notice that they might pose a threat.

Since knee-jerk reactions are the New Normal in America any kind of reason employed in debating these issues are always glossed over. And certainly no one would dare to suggest or even entertain the thought that our own government might have a hand in these actions. Relative to point 3; it is rather strange however that these attacks always seem to coincide with a big media push against the 2nd Amendment, or for foreign intervention, or against 'extremism', etc. It's also quite peculiar that these killings are always of innocent, ordinary citizens and somehow prominent leaders are rarely ever included among the casualties. 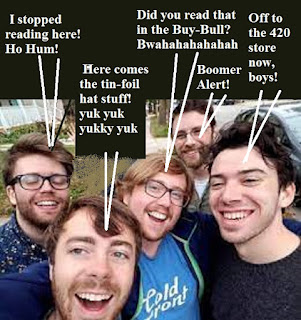 Awkwardly enough for the knee-jerk crowd though, our government has not only engaged in such activities abroad, but actually admitted to it. This was a Psyop program based on the concept of Strategy of Tension; which even Wikipedia---not exactly a bastion of Right-Wing Conspiracy Theories---defines as follows:

"A strategy of tension is a policy wherein violent struggle is encouraged rather than suppressed. The purpose is to create a general feeling of insecurity in the population and make people seek security in a strong government. This is supposed to pave the way for a more authoritarian, or even a neo-fascist government."

Italy, which experienced a surge in violent crime during the 1970s to early 80s, was apparently the proving ground for this operation. These were known as the Years of Lead in Italy, and exposure of US involvement in these crimes nearly caused a break between Italian and American relations. (It is actually an Act of War under International Law). The violence suddenly stopped after President Reagan issued an Executive Order forbidding US agencies to stage false flags and criminal activity abroad in 1982; but since his time such restrictions have been widely ignored.

Given the character of the upstanding gentlemen behind America's Psyop programs, nobody would imagine that they would ever use such tactics against American nationals. 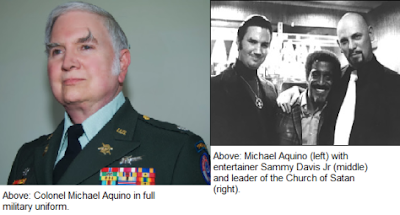 It is a remarkable coincidence too, that crime in America today bears such a striking resemblance to Italy's of the 1970s: Left-Wing and Right-Wing gangs running amok with impunity; mass-killings which only target civilians, all interspersed with a few terrorist attacks. During the trials which followed in Italy, a Fascist operative testified that:

“You were not supposed to attack the State or its representatives. You were supposed to attack civilians, women, children, innocent people from outside the political arena. For one simple reason: To force the Italian public to turn to the State turn to the regime and ask for greater security. This was precisely our role in Italy. It placed itself at the service of the State which created a strategy aptly called the "Strategy of Tension" in so far as they had to get ordinary people to accept that at any moment a State of Emergency could be declared. So, people would willingly trade part of their freedom for the security of being able to walk the streets, go on trains or enter a bank."

Sadly, though, it's very doubtful that the American people will follow their Italian counterparts and demand any accountability. This is why nothing will happen to curb any of this violence until the dumbed-down doped-up populace begs for the Great Reset Oligarchs to come and save them. The fake inflationary cycle of today, the hyped-up threats of war, and the Scamdemic are part of the same Strategy of Tension.

Like all our other problems, mass-violence is one completely of our own making. Americans are too preoccupied with sticking it to those gun nuts or owning those Libtards (and making a profit on the side) to come together and deal with the root causes. Our problems are not political nor economic; this is essentially a spiritual problem. We've become a culture without a soul: a culture where it's everyone for himself. Is it any surprise that we're now under the thumb of a soulless and ruthless Oligarchy? These people are simply playing by the rules we've set up for them.

Don't get caught up in the hysteria or political posturing. The Elites are peddling fear. Avoid the fearful and hold fast to the faithful, and one's way will be truly be secure.