The hyenas in the Corporate Media are having serious problems these days upholding their anti-Russian rhetoric. Much like we saw during the Syrian Civil War, predictions of imminent Russian collapse begin sounding increasingly absurd as Russian victories in Ukraine continue. The Reality is hitting hardest in Europe, where once again, the exasperated population is forced to make difficult personal sacrifices for the sake of Wall Street's profit margins. Matters finally came to a head in Bulgaria today, when the pro-Great Reset Prime Minister was ejected by the Parliament. Kiril Petkov was a disciple of Tiananmen Trudeau's and loyal ally of Ukrainian puppet Zelensky and matched both in his debased character and cruel style of governing. The Bulgarian people came very close to taking matters into their own hands because of Petkov's excesses last January. Hopefully matters will improve in that country; meanwhile there is one less petty despot terrorizing an innocent population in the world.

Petkov's Ukrainian counterpart meanwhile is rapidly becoming the UN version of Vox Day; taking one devastating failure and loss of supporters after another and still proclaiming victory. 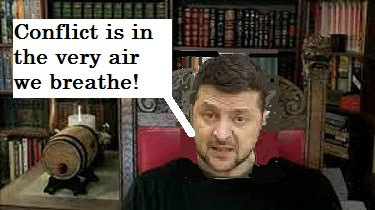 Today, Zelensky's forces took over 600 casualties, lost 51 tanks, 17 missiles shot down in the loss of a strategic salient outside the Donetsk Republic. Yesterday, they lost 520 men, 45 tanks, and 35 missiles. These are fairly typical days. All of the men, money, and material that Wall Street and the DNC throw into Ukraine is going into the Meat Grinder. Between the Left-Wing MSM telling us every day that Ukraine is winning and the Conservative MSM telling us that the Red Wave is imminent; one simply feels like taking a good book to the countryside and get a refreshing dose of Reason and Nature.

President Putin's position incidentally is so precarious, that he left the Kremlin today to visit Beijing and address the annual BRICS Business Forum which was attended by representatives of 20 non-aligned nations. Putin gave a rough outline of the economic devastation affecting Russia since the onset of WEF-instigated embargoes:

"In the first three months of this year, trade between the Russian Federation and the BRICS countries increased by 38 per cent – and reached USD 45 billion. Contacts between Russian business circles and the business community of the BRICS countries have intensified. For example, negotiations are underway to open Indian chain stores in Russia, increase the share of Chinese cars, equipment, and hardware on our market. ­­­ In its turn, Russia’s presence in the BRICS countries is growing.­­ There has been a noticeable increase in the exports of Russian oil to China and India. ­Agricultural cooperation is developing dynamically. Russia exports considerable amounts of fertilizers to the BRICS states. Russian IT companies are expanding their activities in India and South Africa, and our satellites enable TV broadcasting for as many as 40 million residents of Brazil.­­­ Together with BRICS partners, we are developing reliable alternative mechanisms for international settlements. The Russian Financial Messaging System is open for connection with the banks of the BRICS countries. The Russian MIR payment system is expanding its presence. ­­We are exploring the possibility of creating an international reserve currency based on the basket of BRICS currencies."­

It's important to note that the nations compromising BRICS have about one-half of the world's population and about one-third of global economic output. Putin noted the difference in the economic approaches between Russia and the West:

"Entrepreneurs of our countries are forced to develop their business in a challenging environment when the Western partners neglect the basic principles of market economy, free trade, and inviolability of private property. They follow, in fact, an irresponsible macroeconomic course, including the launch of the “printing press” – uncontrolled emission and accumulation of unsecured debts. At the same time more and more politically motivated sanctions are continuously introduced, mechanisms of exerting pressure on competitors are further strengthened. There is intentional destruction of cooperation ties; transport and logistics chains are destroyed. And all this is contrary to common sense and basic economic logic, it undermines business interests on a global scale, negatively affecting the wellbeing of people, in effect, of all countries.

"As a result, the problems in the world economy become recurrent. What we see is an economic slowdown, growing unemployment, shortages in raw materials and components. Problems with ensuring global food security are getting worse; prices for grain crops and other basic agricultural products are being inflated. It is important that, despite all the problems and difficulties, BRICS business circles have been consistently enhancing mutually beneficial ties in the areas of trade, finance, and investment. For example, in the first three months of this year, trade between the Russian Federation and the BRICS countries increased by 38 per cent – and reached USD 45 billion."

Putin is correct, of course, though the Oligarchy's parrots will dismiss all of this as Russian propaganda and the average Ameroboob will simply ignore the fact that gasoline is nearly $6 a gallon, meat, eggs, and dairy products are disappearing from supermarket shelves, drug overdoses and suicides are the highest causes of premature deaths, and 20% of the population is on welfare. And none of them can comprehend why Russia rejects American Exceptionalism when they could have homo marriage and legal marijuana. 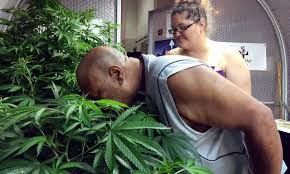 The cumulative rate of inflation in the US is not something that started in January 2021: it has increased a massive 28% in the last decade since Obama proclaimed American Exceptionalism and a whopping 124% since Bush Sr. proclaimed his New World Order. Russia, meanwhile, has been backing their currency with gold which has stymied inflationary trends in that country. Putin noted this elementary fact in a speech just before departing for Beijing:

"The worsening of the global economic situation is not a recent development. Surging inflation in product and commodity markets had become a fact of life long before the events of this year. The world has been driven into this situation, little by little, by many years of irresponsible macroeconomic policies pursued by the G7 countries, including uncontrolled emission and accumulation of unsecured debt."

Statements like this are the real reason that the Tech Lords, High Finance and their media hirelings want to block information coming from Russia. The Oligarchs intensely dislike political leaders telling the truth instead of being compliant scapegoats. Fortunately, Russia is a superpower and Putin escapes the fate of Presidents of smaller nations who refuse to kowtow to Great Reset agendas.

"Because they could not or would not devise any other recipes, the governments of the leading Western economies simply accelerated their money-printing machines. Such a simple way to make up for unprecedented budget deficits.I have already cited this figure: over the past two years, the money supply in the United States has grown by more than 38 percent. Previously, a similar rise took decades, but now it grew by 38 percent or 5.9 trillion dollars in two years. By comparison, only a few countries have a bigger gross domestic product...So, they printed more money, and then what? Where did all that money go? It was obviously used to pay for goods and services outside Western countries – this is where the newly-printed money flowed. They literally began to clean out, to wipe out global markets. Naturally, no one thought about the interests of other states, including the poorest ones. They were left with scraps, as they say, and even that at exorbitant prices."

In 2006, that great Conservative, George Bush Jr., discontinued the reporting of the M3 money supply  which gave an accurate picture of how much money was actually currently in existence. As defined, "M1, M2 and M3 are measurements of the United States money supply, known as the money aggregates. M1 includes money in circulation plus checkable deposits in banks. M2 includes M1 plus savings deposits (less than $100,000) and money market mutual funds. M3 includes M2 plus large time deposits in banks," which means that since 2006, money printed for Black Budgets and government money-laundering could be warehoused without public scrutiny. Putin gives us an accurate description of how High Finance has employed this technique to bankrupt smaller countries and force their economic dependence upon Wall Street.

"The flaw is in the concept itself, as the concept says there is one, albeit strong, power with a limited circle of close allies, or, as they say, countries with granted access, and all business practices and international relations, when it is convenient, are interpreted solely in the interests of this power. They essentially work in one direction in a zero-sum game. A world built on a doctrine of this kind is definitely unstable."

Which is why prudent world leaders are, in increasing numbers, seeing the handwriting on the wall and are pulling away from the Great Reset's orbit and seeking shelter with Russia or China. Repressive police states like Australia and Canada are showing the end result of the New World Order behind the facade: and the current position of Europe illustrate what happens to the NWO's vassals. Putin explains that:

"After declaring victory in the Cold War, the United States proclaimed itself to be God’s messenger on Earth, without any obligations and only interests which were declared sacred. They seem to ignore the fact that in the past decades, new powerful and increasingly assertive centres have been formed. Each of them develops its own political system and public institutions according to its own model of economic growth and, naturally, has the right to protect them and to secure national sovereignty.

"The ruling elite of some Western states seem to be harbouring these kinds of illusions. ...They are still influenced by their own misconceptions about countries outside the so-called 'Golden Billion': they consider everything a backwater, or their backyard. They still treat them like colonies, and the people living there, like second-class people, because they consider themselves exceptional. If they are exceptional, that means everyone else is second rate. Thereby arises the irrepressible urge to punish, to crush economically  anyone who does not fit with the mainstream, does not want to obey blindly. Moreover, they crudely and shamelessly impose their ethics, their views on culture and ideas about history, sometimes questioning the sovereignty and integrity of states, and threatening their very existence. Suffice it to recall what happened in Yugoslavia, Syria, Libya and Iraq. If some 'rebel' state cannot be suppressed or pacified, they try to isolate that state, or 'cancel' it, to use their modern term. Everything goes, even sports, the Olympics, bans on culture and art masterpieces just because their creators come from the 'wrong' country."

Which also happens to citizens of the Anglosphere who don't toe the Party Line. The Oligarchs have no respect for Human Rights in America any more than they respect them anywhere else. The problem here is that the majority of Americans also like to cling to illusions and imagine that the mere fact of being born within our borders entitles them to bask in the Elites' reflected glory. The fact that only a few thousand Americans actually control 99% of the wealth, own all of the major land, control all of the banks, media, schools, both political parties, the military, the energy sectors and most of the legal system, churches, healthcare, agriculture, and transportation---that fact rarely crosses their minds. In fact, very little crosses the average American's mind these days.

The Great Reset represents one of the greatest threats that Civilization has faced. This is not simply because of its flawed ideology; but because it is being directed by utterly amoral and deeply unbalanced fanatics and psychopaths. Worse still, their leaders have at their disposal national militaries, mercenary scientists, and nearly unlimited wealth. 2020 showed their tendencies---they've proven that they will destroy the world if they can't control it. It's highly doubtful that, unlike the Cold War, that they would refrain from deploying Weapons of Mass Destruction. The discovery of US-backed bioweapons labs in Ukraine and the cavalier talk among CIA cutouts academic think-tanks about atomic warfare are ominous warnings of what they are capable of doing. Now more than ever we need defenders of Civilization like the BRICS countries to hold them at bay. 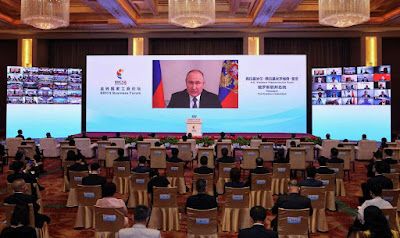