In recent years, we've seen the disgrace and downfall of several top characters who had corrupted the Men's Movement and built personality cults around phony Evo-Psych and pop-psychology theories purportedly with the goal of building better men. They call this "taking the Red Pill" and "becoming more Alpha." Alpha, being rather loosely defined; but in actual practice, it did little more than elevate all of the negative Feminist stereotypes about Toxic Masculinity into a Masculine Ideal. As these cults always do, they began fizzling out as their Magic Bullets and Keys to Power and Success didn't translate into real-life successes. Vox Day was really one of the last of this group: today he's a pathetic character, drifting about Europe preaching his grandiose schemes to dwindling audiences.

Apparently, in the vacuum left behind, some of the pygmies who followed these cultists have sprouted up again and begun preying upon vulnerable men left drifting in a culture which admittedly holds Masculinity in contempt. What makes the Red Pill so dangerous is that what it offers is not Masculinity, but a counterfeit of it. The recent scandal surrounding Manosphere vlogger Jack Murphy is a prime example of that fact. Norwegian author Bjorn Andreas Bull-Hansen summed up the situation succinctly. Hansen is absolutely correct in his assessment that these cultists are preaching a superficial and immature caricature of manhood; and that their Manly Alpha Leaders are mostly a pack of ignoramuses and charlatans.

Hansen has interesting backstory. Several years ago, he was severely injured in a skiing accident. His doctors believed that he would never regain full use of his extremities. Not only did he recover, during the time of his convalescence he learned and studied Viking Culture and Lore. Today, he's a recognized authority on the Viking Age, has published several books and has since married and supports a family with his work. That is part of what being a man is all about. One can't simply become a man by looking like one---any more than a man can become a woman simply putting on a wig and a dress. "It's all smoke, mirrors, and Revlon" as one female impersonator used to say to fans who got carried away.

The real danger of the Red Pill Cult is that has real-life effects that we often don't see until they become real-life casualties. Insanity Bytes had a good article up explaining some of the dynamics of this. There is a more concrete example in the saga that's been hugely covered in various Internet forums over the last 2-3 months. The character involved in this drama is a Red-Pilled loser from Philadelphia named James Robert Clark III. 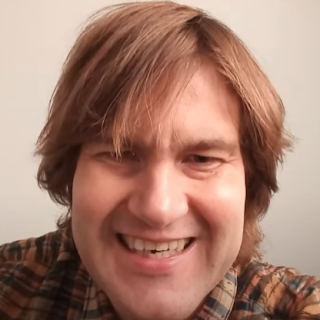 Clark is exactly the sort of male to whom the Red Pill would appeal. No history whatsoever of any achievements---including productive work---admittedly sexually dysfunctional; but with an enormous ego and sense of entitlement. Despite his constant boasting of his superior intellect, Clark has done at least one stint in a Psych Ward and made multiple trips to the local jail. Charges in his background include multiple counts of Conspiracy to Receive Stolen Property; Theft by Taking Movable Property; Harassment; Loitering and Prowling at Nighttime (i.e., being a Peeping Tom); and multiple Trespassing charges.

To my knowledge, Clark hasn't cited any Red Pill authors, but I didn't have to see much of him to see the influence---both in his character and what he did to gain himself notoriety. He admittedly has hung around Alt-Right sites for about a decade, when characters like Vox Day and Chateau Heartiste were in their heyday. These cultists tend to mimic their leaders, and Clark uses the same expressions, and has the same pompous and condescending attitudes towards those as he perceives as his 'inferiors' as Vox does. He also has exactly same proclivity for blaming these same 'inferiors' for his failures, always claiming victory in the humiliating defeats, etc. At one point, he even sported a Vox Day haircut. 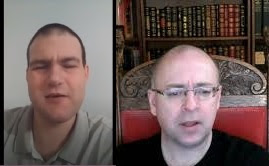 Like other Red Pills, Clark also shares the same low opinion of women; considering them 'accessories' useful only for 'breeding purposes' and the 'necessity' of breaking their spirit and keeping them in subjection. This is and always has been the essence of what the Red Pills call Game. Sadly, men who take this kind of advice usually find a target to work their infallible system upon, and the unfortunate female whom Clark sought out was a young and beautiful Argentine mathematics student named Eliana Morales.

For nearly seven years, Clark relentlessly stalked and harassed Eliana online. Anyone familiar with the kind of tactics advocated on these Game sites can see the systematic procedures these people employ. Clark was intentionally doxxing her, creating sock-accounts to spread false information about her, attacking her family, doxxing male friends of her's and spreading lies---all the while making daily videos positioning himself as her only true friend and the only man who understood her and could save her. Eliana's family was deeply concerned about her over this. It was effecting her life adversely in this digital age. Despite her attempts to block him, he continued his gaslighting---including sending Eliana pornographic and generally very weird photos of himself. 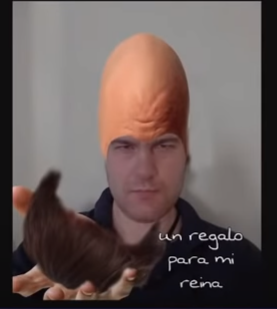 Clark's plan unravelled last Fall when ROTC Media---the same group who triggered Vox Day's downfall incidentally---picked up the story. The exposure of Clark's activities gave Eliana the legal proof that she needed to contact the Argentine authorities with a Restraining Order---which because of International Treaty has probably been forwarded to Interpol and landed Clark on various watch-lists. Eliana appeared on Daywave to give her account of what happened and how she'd suffered at this creep's hands.

Eliana recovered her reputation, has since finished her education, and gotten engaged to be married. Clark is no longer a threat to her or anybody else for that matter. He's become such an Internet laughing-stock and his crimes so widely discussed that any woman over the age of 12 has ample warning to beware of him. Eliana's story had a happy ending, but sadly other females targeted by Red Pills haven't fared so well. I know personally of at least one driven to suicide by a scum just like James Clark.

As for Clark himself, he's since spiralled, just like Vox Day, into impotent rage. Blaming everyone but himself, threatening lawsuits, challenging his detractors to fights, boasting of his superiority that no one appreciates, etc.

A lot of our men who are feeling lost and alienated these days can draw a lesson from this saga too. You can take the Red Pill and end up like James Robert Clark, Jack Murphy, and Vox Day; or look up to actual men like Bjorn Bull-Hansen, Royce Lopez of Daywave (who is also a successful entrepreneur and family man), or Eliana's fiancee---whose name is Daniel and has a bright future ahead of him. There's no magic pill that makes one a man and everyone who takes the Red Pill ends in disaster. 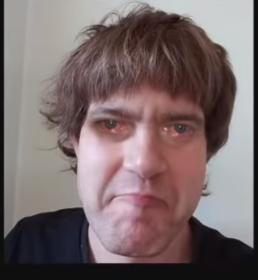