WILL CHINA BACK DOWN THE INTERNATIONAL BULLY AGAIN?

A serious problem is about to come to a head again in the South Pacific, though the Corporate Media overwhelmingly been ignoring it. We speak of the Leader of the Rump Congress---Nancy Pelosi's---upcoming trip to Taiwan next week. Pelosi is a political, not a diplomatic, official and China---which has long been suffering provocations from the International Bully---has drawn a line in the sand.

If anyone is inclined to doubt that the situation has become serious, a simple perusal of the Chinese press and Government statements ought to disillusion them. President Xi spoke with our nominal Head-of-State yesterday and flatly told him that "those who play with fire will perish by it." As if that wasn't clear enough, Chinese Foreign Ministry Spokesman Zhao Lijian stated: "If the United States challenges China's red line, it will be met with resolute countermeasures.The U.S. side must bear all consequences arising therefrom. The US government, especially the US military, needs seriously to consider and respond to the question: is it worthwhile to take the risk of head-on confrontation with China for certain politician's pure political show, and such show doesn't benefit the US at all. For China, the Taiwan question is a core issue involving territorial and sovereign integrity; for Pelosi, visiting Taiwan region may be one of the effective ways to divert attention from her alleged insider stock trading and give her some political points at the end of her political career. Which one is more important, it is obvious. For the US government, whether extra political points for Pelosi is important enough for it to take the risk of military clash with China, it seems not be a difficult question."

Even more ominous are statements coming from the Chinese Military, whose spokesman stated that if Pelosi comes to Taiwan, "the Chinese military will by no means sit by idly and strong measures will be taken to thwart any external interference and 'Taiwan independence' separatist attempts." According to some analysts, the language used in this speech has only been employed twice in recent history by the Defense Ministry: once before China intervened in the Korean War and once after the Gulf of Tonkin Incident when they intervened in the Vietnam War. It certainly doesn't appear from any of this that the Chinese are bluffing. 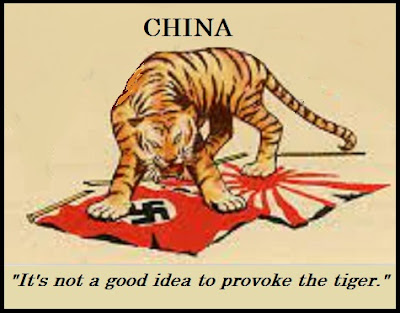 From the political angle in the U.S., the Junta has stated that it recommends against the Pelosi Trip, while at the same time beefing up U.S. Naval Forces in the region. China is hardly intimidated by these displays: recall how they drove Obama out of the South China Sea in 2016 with a show of force. More recently, the LGBTQ-friendly USS Benfold was chased away from Chinese waters and the nuclear submarine the USS Connecticut struck an 'unknown obstacle' in Chinese waters and suffered the humiliation of being towed to port by a Chinese tugboat.

None of this is stopping American politicians from grandstanding: behaving as though standing over a powderkeg with a torch was a sign of strength. Pelosi---like Hilary Clinton---is a vicious bulldyke obvious Lesbian who is neurotically stimulated by defeating strong male leaders and so she's compulsively driven both to attempt to humiliate Xi and to defy Biden. Her political counterparts, the masochistic Neocons, are all in favor of the trip too: perverts John Bolton and Mike Pompeo have been egging it all on, with Pompeo even volunteering to join in the visit. “Nancy, I’ll go with you. I’m banned in China, but not freedom-loving Taiwan. See you there!” Pompeo tweeted. Such men too are not motivated by rationality. To them, men like Xi are father-figures whom they subconsciously hate and fear; while aggressive females like Pelosi represent the protective mother. This is the same psychodynamic which occurred when both Bolton and Pompeo betrayed Trump in favor of the effete Biden/Harris Junta. If they continue on this path, the reality is likely to hit them very hard. 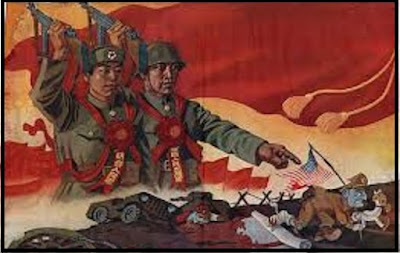 Now of course, brinkmanship with China is one thing, outright war is another: and the Junta's masters in Davos and Wall Street will have the final say. In Ukraine, for example they've contented themselves with harassing Russia rather than facing them outright, while at the same time weaking the EU which they consider an economic rival. This may be their strategy with Taiwan: pushing China into action to eliminate the economic power of Taiwan and weaken Japan and South Korea as competitors. The NWO crowd does in fact desire a war with both China and Russia: but whether or not the militaries under their control are prepared for it is another matter.

The political class in this country though is reckless and arrogant. They live under the delusion that other world powers are as passive and pliable as the American people or the US' surrogate governments abroad. The Controlled Opposition Republicans too are encouraging the Pelosi trip under the fantasy that China's reaction will make the Democrats 'look weak on Defense'---a PR scam that they've pulled over Afghanistan and Ukraine already. What they fail to realize is that public opinion---not only in China, but throughout Asia generally---is that the International Bully needs to be put in his place. There are also more than a few people in the U.S. who'd welcome the Chinese as liberators at this point. 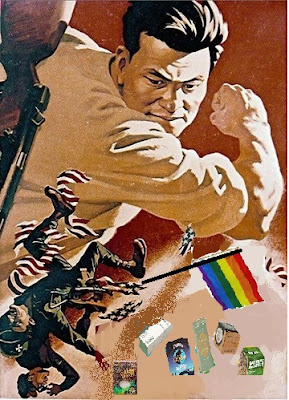 Our political-academic-media establishment too does not understand China's own internal issues. China is a one-party State, true. But that Party also has its factions. Xi is coming up to have his term extended before the Congress at about the same time as the Pelosi visit. There are many hardline Maoists in the Party who believe that Xi has been too lenient with foreign powers and that China has been losing face in these continual provocations from the International Bully. Xi is in a position where he has to take decisive action: if he backs down he's in danger of losing his position. If he is removed, he'll likely be replaced with an old-school disciple of Chairman Mao; and Mao was certainly of the type who believed that World Wars were simply foreign policy options.

In other words, this situation is shaping up to end potentially in disaster. American hubris and general disconnection from reality does not take into account that China is a nation of men willing to fight and die for a principle. Our side, not so much. 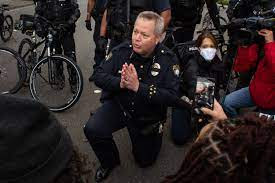 If war actually does break out between China and the US. we need to understand that they will come at us with everything they've got and they're going to fight to win.

The wisest course for the Junta right now would be to forbid Pelosi from leaving; they've certainly never had any reservations about obstructing travel for us peons maybe it would do Pelosi some good to find out how the other half lives. But it's doubtful that it will. The lack of American Media coverage is telling. This implies that they are counting on the propagandistic shock-value of some Chinese 'atrocity' against America to rally the public for a replay of 9/11. Of course, the RINOs are throwing ample fuel on the fire.  The degenerate Mitch McConnell stated that “If she doesn’t go now, she’s handing China a victory of sorts." We'll see if he still feels that way when Chinese missiles start landing in his front yard. A spokesman for the Junta likewise brushed off the Chinese threats saying that he "is not going to get into parsing the various metaphors that China regularly tends to use on these issues."

But the Global Times probably said it best: "The US does not have any leverage today to pressure China to step back on the Taiwan question. This time, the Chinese mainland will definitely put up a sturdy fight to the end to thwart Pelosi's visit to Taiwan, without fear of any escalation. The US and the island of Taiwan, who have received a heavy lesson, must fully understand that the red line is a high-voltage one that they cannot step on. Otherwise, the US could face high-intensity crises, including risks that could lead to severe military conflict. I believe that the Taiwan Straits will be the place where the US will finally show its true paper-tiger face." 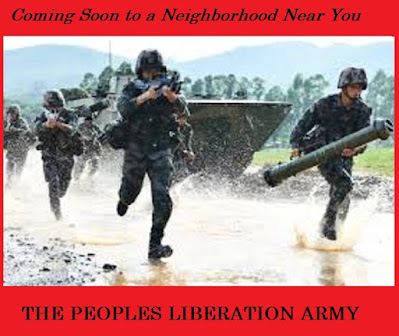