There was an interesting piece yesterday by Tucker Carlson, in which he highlighted the case of two Internet thots and a perverted pundit named Tim Wise as specimens of the Left's most recent attempts to undermine the family. The Left has been promoting the Floyd's death apparently to be used as some sort of Loyalty Test---although to what, nobody has defined. The Riots really have been a singular phenomenon in this case. What we're witnessing is unbridled Fanaticism which seems to be fanatical simply for the sake of being fanatical.

Tucker likens these unfolding events to the actions of a cult. Actually, he's very close to the truth. What we're really witnessing in the Riots is the second phase of cultish social programming (the Lockdowns being the first). We've stated many times at this blog that the two greatest threats to Civilization are Religious Cults and Western Liberalism. What we've seen in 2020 are the tactics of the first being grafted onto the sociopolitical goals of the second. This is why I believe that the COVID 'reopenings' are only temporary. If they follow the playbook, we'll see another round of our Liberties being suspended: maybe another fake COVID outbreak; or martial law, suspension of the Elections, an attempted coup---something of this nature which will impose isolation, travel restrictions, etc.

Now we commonly think of cultish tactics practiced on individuals in relation to a group: such as we've seen with Vox Day, Owen Benjamin and the Red Pills, among others. However, with the assistance of Mass-Media, they can be employed on an entire population---and, of course, the Internet gives them a near-global reach. Let's recap a bit about cultish techniques to get a clearer picture. Freelance author and educator Julia Layton published a good primer on the subject.
There's always a psychological connection between cults and religion. This goes back to the days of our Roman forefathers who used the term cultus to describe any of the multitudinous religions scattered throughout the Empire (including Judaism and Christianity). The term didn't have the negative connotation then that it has in Modern English today. Dr. Layton makes the distinction:

"There is no meaningful difference between a cult and a religion in terms of faith, morality or spirituality. The primary differences are that a "cult" operates outside of mainstream society, often calls on its followers to make an absolute commitment to the group and typically has a single leader, whereas a "religion" usually operates within mainstream culture, requires varying levels of commitment from its members and typically has a leadership hierarchy that, in practice, can serve as a series of checks and balances.

Like the term Political Correctness, "Though Reform" is a concept developed by a Communist. In this case, it was Chairman Mao. 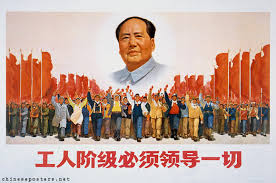 Mao understood that all mankind has an innate desire to seek God; thus he formulated a theory that Communism must assimilate the externals of Religion to supplant it. Cults of Personality became a necessity, even though Karl Marx wrote against it. You see the symbolism in the picture, which is a fairly common motif in totalitarian propaganda. The leader comes to represent the principle, hence he's always portrayed as some huge central figure. Note that in many churches, Christ is depicted in the same way: 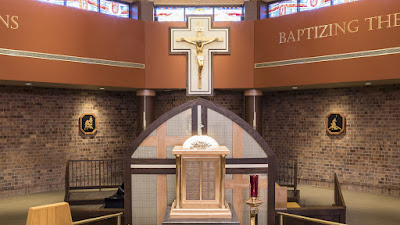 Dr. Layton explains the techniques of cults and we can see how the Elites are employing them on the American People.
The Elites are orchestrating these 'crises' behind the scenes, but they rely on charismatic proxies like celebrities to push their agendas. This is necessary when mass-programming is being employed and the 'leadership' is a group rather than an individual. Bill Gates and others have proposed replacing the branches of the Federal Government with a Supreme Council of some kind.
'Deception in Recruiting' defines the entire events of 2020. The Impeachment Hearings, the COVID lockdowns, and the current race riots are entirely based upon lies. 'Isolation' was the entire purpose of the Lockdowns.
The next two points: inculcating fanatical loyalty and false moral absolutism are related concepts, and we're seeing those points pushed now. The forced apologies for speaking the truth; the purges and firings; the demand for conformity is everywhere. Just yesterday, I saw this header on Amazon's website:

Does anyone believe that it's realistic to suppose that anyone working at Amazon could speak out and say that they don't support BLM? They would be without a job and reduced to poverty within days; and probably have their names publicized for harassment purposes.
"Inside Language" embraces all of the phony terminology that the PC mob has been forcing on us for years. Usually, these words don't mean anything themselves, but are designed to provoke a reaction from those who think that they understand them. During Obama's term, we saw this is in operation a lot. The whole push towards homo 'equality' was a successful experiment in Social Conditioning and Thought Reform. Terms like homophobia and gender essentialism were hurled at anyone who asked critical questions; now things like social distancing and black genocide are concepts that no one can explain (because they aren't real) but no one dares disagree with. Related to that is "strict control over members' daily lives" which we saw during the Lockdown and are seeing now over things we might say.
Dr. Layton goes into detail explaining the techniques of Thought Reform, which cultish indoctrination employs. Let's see if we recognize any of this:

Deception - Cults trick new recruits into joining the group and committing themselves to a cause or lifestyle they don't fully understand.

A cult leader may use members' altered consciousness, induced by activities like meditation, chanting or drug use, to increase vulnerability to suggestion.
Sound familiar? 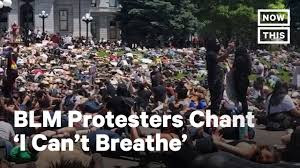 Isolation - Cults cut off members from the outside world (and even each other) to produce intense introspection, confusion, loss of perspective and a distorted sense of reality. The members of the cult become the person's only social contact and feedback mechanism. 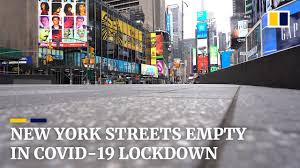 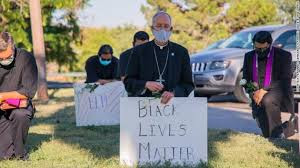 Dread - Once complete dependence is established, the member must retain the leader's good favor or else his life falls apart. 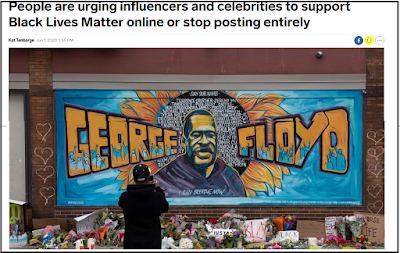 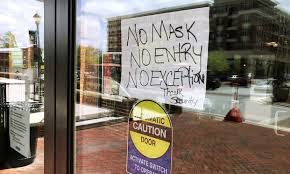 The techniques being employed here are more or less the same as the techniques employed by cults. Our Media has learned such techniques from some of the most experienced in that field.
If people haven't seen what is being done to them before, it's impossible that they don't see it now. Americans need to shake the drugs out of their empty skulls and start thinking for themselves before we lose it all.
Posted by The Night Wind at 3:52 PM