When 2020 started, I'd intended to post more articles. That New Years' Resolution has faltered a bit: not because of lack of news, but because The Age of Unreason has come finally to American shores. Years of Ameroboob inactivity while the Left sowed the wind are leaving us to reap the whirlwind today. The reason that posting has been a bit slow is because events are literally happening faster than one can stand back and analyze them.

We are in the middle of a coup d'etat right now. The Deep State was progressing unabated with its Long March until November, 2016. Exhausting every legal mechanism they could find to overthrow the Trump Administration, they've shifted gears to outright revolution. I haven't said much about the 2020 Elections because, at this point, it's only a 50-50 chance in my mind that Elections will actually happen. If the Left can lock down an entire nation's economy for three months and get away with it, why can't they suspend the elections and appoint a new leadership? The precedent for this is being established already. The fake COVID crisis helped break the Middle Class and push them into a place of submission; immediately afterwards the Activists were released on the public to break down the Rule of Law.  Already George Floyd is yesterday's news and the Sans-Culottes are going for bigger prizes. 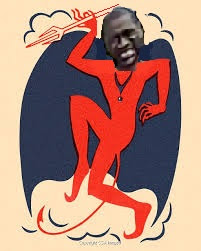 There's the crux of the problem, we've reached a point where we're dealing with societal forces with an imperviousness to Reason or Morality. About a third of the MSM's time is spent egging on the riots: another third is bringing back the Mad Scientists egging on another Planned-emic; and another third regurgitating Orange Man Bad.  So it's extremely discouraging seeing so little resistance. The drug-laden passivity of the American people was bad enough before Trump; but to see it now after nearly four years of empirical progress almost makes one want to give up on any activism at all. Some have pointed out that there are many Americans not in sympathy with the revolutionaries, but out of fear of retaliation don't speak out. There's no way of knowing whether or not that's true. Even if it is true, it isn't reassuring. It simply means that nobody cares enough to fight back. 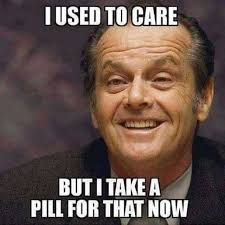 So why take a stand at all? Well, consider where our duty lies when it comes down to it. We don't owe our ultimate allegiance to the State---we answer only to God in the long run. This why during the COVID crisis we've seen churches especially targeted for lockdown. Now, during the time of riots, we're seeing statues of Saints and other religious iconography singled out for destruction. In California and elsewhere, some statues of Father Junipero Serra and the Virgin Mary have been beheaded---rather a pointed example of what the Whacko Left has in mind for Christians should they ever gain power. 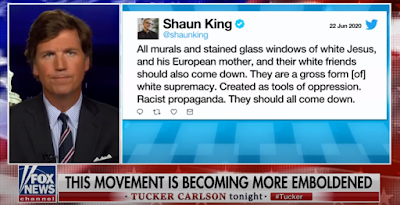 It's really now coming to down to the wire. The statement that Tucker Carlson is featuring here isn't from some ISIS imam but from one of the chieftains of Black Lives Matter here in the United States. We've seen it put into actual practice in Seattle where, apparently, Solomon Simone---President of Chazimbabwe---has banned Christian services within his territory.  What has been the response? Well, we're told that one's Christian Duty is to bow down before the Scum or there will be consequences. Note what happened to the Christian Mayor of Fremont, California when she posited that prayer was the only appropriate time to kneel.
Anyone paying attention can see the diabolical symbolism behind the events of this year. American nationals get deemed nonessential by their own government and told to go home and stay there like a bunch of 6 year-olds. Then, people are ordered to wear masks to look like a bunch of anonymous NPCs and socially distance from those who don't lest they be contaminated by the new Untouchables. Then, we're told not only to submit to the outrages of a gang of savages, but get down on our knees before them too and beg for their forgiveness. American manhood these days doesn't seem to have a bottom level of self-abasement any longer. The Reds are putting us through these humiliations precisely to divide us further in bolder, more recognizable colors.
A few of us learned differently. When we fear God, we have nothing to fear from Man, because as Christ taught us Man can destroy the body but not the soul. While on Earth we daily face choices between right and wrong; but when the social order begins to break down, sometimes we're confronted with the concrete choice between serving God or serving Evil. This is why we have to continue to stand and fight; and why the Silent Majority---if it actually exists---needs to realize that continually staying silent isn't going to save either their bodies or their souls.
Back as mere lad in school, when we still read dead white males, we had an assignment where we had to recite a poem. I chose one by Joaquin Miller called The Defense of the Alamo. The last stanza always comes to mind during times like these, and I thought I'd close with it today to encourage readers struggling with Moral Choices in these dark days. After singing the story of the battle, Miller concludes by saying: