Following the suspicious death of Deep State insider Jeffery Epstein, the US Justice Department quickly dispatched the Steamroller to Manhattan, where it is bearing down on the controversial Metropolitan Detention Center. Attorney-General Barr---in a rare weekend press release stated that “I was appalled to learn that Jeffrey Epstein was found dead early this morning from an apparent suicide while in federal custody. Mr. Epstein’s death raises serious questions that must be answered. In addition to the FBI’s investigation, I have consulted with the Inspector General who is opening an investigation into the circumstances of Mr. Epstein’s death." This announcement no doubt has Warden Quay and some his cohorts fearing that they may soon occupy Epstein's now-vacant cell themselves.

The Corporate Media, however, was pooh-poohing any questions raised about Epstein's death as Conspiracy Theories. Aside from issues like Epstein's cellmate being removed the day before; and camera malfunction at the critical moment; and how Epstein managed to get the materials to kill himself; or why he should kill himself when he'd beaten such charges before---the MSM saw nothing too questionable about Warden Quay's official story.

That is, until yesterday when President Trump re-tweeted a post from one Terence Williams who raised the question of Epstein's connection to the Clintons. The media outrage over this statement has given it more coverage than the investigation into Epstein's death. Trump today defended his action and then---but in vain---tried to refocus the Media Jackals on the real issue: “Basically what we're saying is, we want an investigation. I want a full investigation,”  the President said. This only infuriated the 'reporters' even more.

So one of the highlights in the Corporate Media headlines today was applause for an apparent diatribe against Trump launched on a late-night talk show by Stephan Colbert last night. Colbert is a self-described 'comedian', but he's regarded by the American Left as a great intellectual powerhouse. 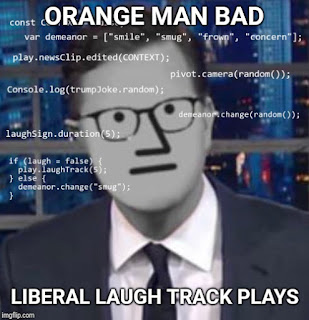 This is the same Stephan Colbert who got caught vetting his scripts with the DNC before broadcasts. Colbert has had a long (and profitable) relationship with the Liberal 'Elite'. His sister once ran for political office, but---despite being a multimillionaire---Colbert only campaigned for her after the DNC footed the bill for his speaking fees, travel expenses including lodging, meals, etc. A real shining specimen of humanity.

The Left-Wing trash culture site Deadline Hollywood (a subsidiary of media conglomerate the Penske Media Corporation) published an article containing the substance of Colbert's rebuttal to Trump. We republish the relevant portion here, only to display the deep intellect and insight of the Liberal punditocracy:

"Colbert said Epstein’s death has 'set off a wild wave of conspiracy theories online, the sort of stuff that only unstable, tinfoil-hat loons could possibly believe. So Donald Trump…' —  he paused to let the crowd have a punchline-free guffaw — 'a few hours after Epstein’s body was found, Trump shared a tweet and a video that claimed without any evidence that former President Bill Clinton and former Secretary of State Hillary Clinton were responsible for Epstein’s death.' The host was reading from a CNN story.

"'Really? Really?' Colbert continued. 'Masterminding a scheme to assassinate a high-profile prisoner in maximum-security federal custody? They couldn’t even mastermind a visit to Wisconsin.'" 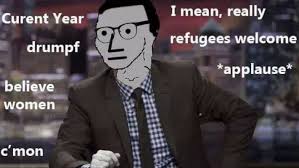 With such profound arguments against potential Clinton involvement, who could possibly not believe the official story, right? Pfffft.
It never dawns upon these Media poltroons that maybe---just maybe---Trump might know a little more about the situation than they do. Just a little food for thought in closing: Would Trump have hinted at Clinton involvement without some strong suspicion to that effect? Would he try to deflect Media attention from the investigation by posting clickbait; or does he have an ace up his sleeve? The next few days will tell us.
Posted by The Night Wind at 11:41 AM