I recall back in the 1990s when Conservative Talk Radio was a growing movement. This is before the big media conglomerates hijacked everything and also before websites, blogs, and vlogs emerged to challenge the fake Corporate Media 'narrative.' Back then, there were many stories---including some really deep analysis---of how Corporate America and the Clinton Co-Presidency were selling out our economic infrastructure to the Chinese. Deng Xiaoping, who was then the Chinese Premier, changed course from the Maoist policy of spreading Communism through militaristic means to one of economic influence-peddling. Xi Jinping has essentially followed the same course. The idea is that Ameroboob greed and gullibility can be used to build Chinese infrastructure while simultaneously undermining American economic power.

And it worked. No sooner had Bush Junior been sworn in that he obediently renewed China's Most Favored Nation trade status without opposition from the GOP-controlled Senate. The talk radio hosts all began singing in unison that trade with China was now a good thing: it was "exporting Capitalism;" "supply and demand for cheap goods at work," and that we were "outgrowing the manufacturing era," etc. This is a perfect illustration of the kind of 'Conservatism' that we had between Reagan and Trump. The Deep State Republican Party of the Bush Family created a crony-system of government to go along with the crony-capitalism they were promoting. The Bushmen introduced a "kinder, gentler" Conservatism which is sort of a secular version of Churchianity. Churchians believe that the Christian morals professed on Sunday are useful for keeping the chumps in line; but the smart boys never let such sentiments interfere with real life. Neoconservatives extend the practice to sociopolitics. Conservative ideology is fine for the campaign trail; but should always be subordinate to power and profit.

Senator Mitch McConnell, our so-called Majority Leader, is a product of that system. A multi-millionaire owner of a Kentucky Country Club, McConnell epitomizes the parasitic type of fake Conservative who can be counted upon to sell out whatever principles he pretends to hold whenever a fast buck is to be had. McConnell made it clear from the outset that the U.S. Senate wouldn't get involved in contesting the Election Fraud; and yesterday he crowned all of his crimes by declaring that whole farce to be legitimate. 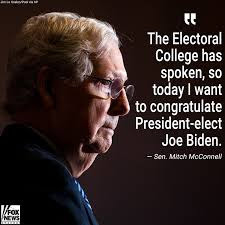 According to Open Secrets, McConnell's (known) assets are worth about $55 million. Most of his assets are in funds held by the shady Vanguard Group---which holds $6.2 trillion in global assets and is the 2nd largest financial cartel on Wall Street.  Vanguard's leader, until his death in 2019, was an old dirtbag named John Bogle. Bogle was a registered Republican who supported the Clintons and Obama, while opposing Trump. Under it's new leader, Mortimer Buckley, Vanguard has already increased profits to their confederates in China to $21 billion in 2020.
While we're not privy to McConnell's portfolio, Vanguard's website gives us a list of its Top 10 performing funds. 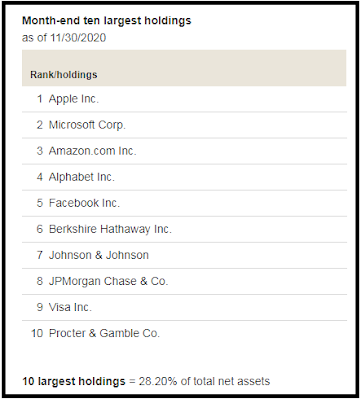 Five in Big Tech; three in Big Finance; and two in Big Pharma. In fact, the men behind numbers 2-6 are directly involved in the Great Reset and the 'Color Revolution' recently staged against the U.S. Government (Bill Gates, Jeff Bezos, Eric Schmidt, Mark Zuckerberg, and Warren Buffett). As for McConnell, he appears a man of (worldly) wealth and power to our eyes---he has more of both than most of us---but in reality, he's an insignificant little pygmy compared to the billionaires and trillionaires to whom he's sold himself. His will is their will---and he only holds his position to their good pleasure.
During the year 2020, many Neocons on the lower levels of American society learned the hard way that the same forces who wantonly destroyed others' lives and liberties during the last three decades could come after theirs' too: as soon as their Masters on Wall Street gave the nod. The Republican Party was no protection for them. The Neocons at the McConnell-level still don't believe that they can be touched. The fact is that the Great Reset is going to be themed around unity. We've reached a point in this Rebellion wherein party politics has become superfluous. McConnell himself might end up being allowed to keep his fortune and his properties in exchange for retiring quietly. He might also end up destitute in a camp for political prisoners. Just look through the propaganda of Agenda 2030 and the WEF's Great Reset and see how many times the role of political parties is actually mentioned.
Some stubborn RINOs might still shake their heads, but consider that in the last year, governors have seized dictatorial powers over states, turned criminals loose upon both public and private property, disbanded police forces, and stolen an election, Exactly why can't they declare one-party rule nationwide? Who is going to stop them? Those trillions of dollars in our enemies' hands just backed down the United States Supreme Court. Will our military's brave men and women in uniform save us? They can't even manage a provincial fort. Our laughable excuse for a military has spent the entire crisis refusing to fight insurrectionists, or tearing down monuments themselves, or further uprooting whatever remaining shreds of masculinity that are still extant within the Pentagon's grasp. 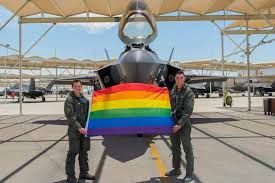 It was one thing to launch Tomahawk Missiles from the distant safety of a heavily-armored Naval ship and blow a few defenseless populations off the planet. It was good for the bottom line of defense stocks, reconstruction consortia like Halliburton; and, by God, we have to support our troops and teach those Fuzzy-Wuzzies abroad some respect for American might! Never mind the injustice of any of these wars; or the fact that the Radical Left was slowly but surely turning our Armed Forces into a worse cesspool of corruption and political correctness than many of our universities. The good old American Neocon just sat at home and looked for new financial angles to work in light of the New Normal.
Well, now we need soldiers---actually to defend the United States for a change---and we don't have them. Instead, armed citizens who dare defend their own property end up in jail. 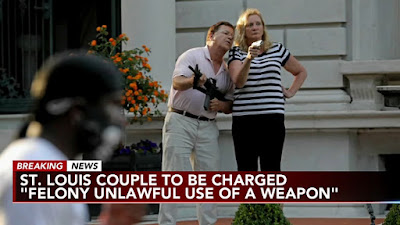 If it sounds as though I have no sympathy for the Republican Party, it's because I really haven't. If there is one group in America truly deserving of getting destroyed by the Great Reset, it's the Neocons. Time is running out for them, in fact. Every compromise and concession they make from now on is like jumping from one grain of sand to the other before it all falls through the bottom of the hourglass.
A century ago, Theodore Roosevelt predicted that "the things that will destroy America are prosperity-at-any-price, peace-at-any-price, safety-first instead of duty-first, the love of soft living, and the get-rich-quick theory of life." He was right.