THE NATURE OF REALITY

Two days ago, Joseph Biden, the nominal leader of the Color Revolution, told the nation that the Scam-demic was going to get worse before it got better; and right on cue, the Corporate Media announced today that the COVID virus had allegedly mutated. The supposed epicenter of this new outbreak is South Africa, another country like China that few Americans know about.

How convenient that this happened just as dupes were lining up to get the vaccine. This virus has the most incredible sense of timing; it always seems to become a crisis whenever a crisis is the most politically advantageous for the Insurgency. Now of course the vaccines won't work and the incoming Regime will need extensive 'emergency powers' to deal with it. That will be the next step. The Enemy has become so arrogant that they're completely predictable.

At Adrienne's blog today, there was a good clip from the venerable Rush Limbaugh reminding Americans of what we still are as a people (or more accurately), what we can be again. It reminded me of an encounter that I had yesterday with a men's group leader who's amassed a following on Youtube these days. He was giving a talk for how men---especially young men---should deal with these 'New Normals.' His advice? It basically boiled down to: "The wise man accepts Reality whether Reality is pleasant or not. Most people are basically sheep but they can't control your mind. Know how to game the new system to your own advantage and laugh up your sleeve at the herd."

I learned later that this guy is an associate of Red Pill charlatan Rollo Tomassi; and suddenly I knew where he was coming from. This kind of terrible advice is right out of the Red Pill Cult's playbook. Their whole philosophy is basically one of accepting whatever the Left asserts on the surface; while figuring out angles to beat and game the Left's corrupt system. Historically, it's not a strategy that's ended very well for men who've followed it. 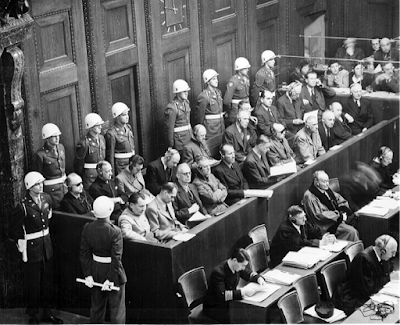 A specimen of this line of reasoning appears in The 48 Rules of Power, a writing which these types religiously follow.
Rule 38: "Think as you like, but behave like others. If you make a show of going against the times, flaunting your unconventional ideas and unorthodox ways, people will think that you only want attention and that you look down upon them. They will find a way to punish you for making them feel inferior. It is far safer to blend in and nurture the common touch. Share your originality only with tolerant friends and those who are sure to appreciate your uniqueness.
"The Trick to your Uniqueness is that you pretend to disagree with dangerous ideas, but in the course of your disagreement you give those ideas expression and exposure. You seem to conform to the prevailing orthodoxy, but those who know will understand the irony involved. You are protected.There is no point in making a display of your dangerous ideas if they only bring you suffering and persecution. Martyrdom serves no purpose—better to live on in an oppressive world, even to thrive in it...
"The Real Power is in that wise and clever people learn early on that they can display conventional behavior and mouth conventional ideas without having to believe in them. The power these people gain from blending in is that of being left alone to have the thoughts they want to have...Use your invaluable ability to be all things to all people. When you go into society, leave behind your own ideas and values, and put on the mask that is most appropriate for the group in which you find yourself. People will swallow the bait because it flatters them to believe that you share their ideas. They will not take you as a hypocrite if you are careful—for how can they accuse you of hypocrisy if you do not let them know exactly what you stand for? They will not see you as lacking in values. Of course you have values—the values you share with them, while in their company."
The guru went on to explain that Reality and Morality were two separate things; and it is a wise policy not to let your morals get in the way of dealing with social norms. It is sad to think that has to be explained to young men in the 21st Century; but this is the point on which the Red Pills and those who think like this break down. 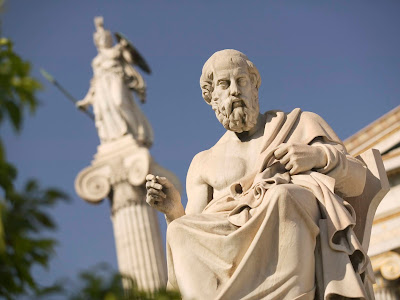 It has been known even to pagan philosophers before Christ that some kind of Natural Law exists. St. Paul spoke of "the law written upon every human heart." In our natural world, actions, thoughts, and beliefs exist as Right, Wrong, and Indifferent. Right is ultimately connected with God, since God is perfection. Wrong obviously is the opposite of the Divine Will. Indifferent matters are the consequence of our sojourn in an imperfect world; diet, clothing, music, etc.; these are all matters of personal taste or social custom and have no bearing ultimately upon Right and Wrong.
It follows then that since God alone is the Perfect Being and that Right and Good are derivatives of the Divine Essence, that Reality can exist only in the realm of actions, thoughts, and beliefs which are Right and Good. In contrast, Wrong and Evil exist in the realm of Unreality. Conforming with a corrupt or immoral Society is not accepting Reality; it is accepting Unreality. The very fact that these Red Pills emphasize fakery, wearing masks, and subterfuges ought to stand out to their followers as an indicator that what they're dealing with has no basis in Reality. It also follows logically that anything other than resisting an evil social order is not especially pleasing to God.
These Red-Pilled types foolishly imagine that their supposedly superior techniques and secrets make it possible for them to outsmart everyone else. Success, to them, always centers on deceiving and manipulating others. Not only does such a strategy preclude converting others to the Truth, it doesn't undermine the wrong position. Evil and corrupt societies depend upon acquiescence and compliance: in fact, any lack of popular resistance typically encourages its further corruption. What happens then? It seems easy to comply with Mandatory Masks for the sake of convenience: what happens if they mandate denying Christ? What if you have to agree with contact tracing? What if they decide that Ethnic Cleansing or forced sterilization is necessary for you and your kind? Where---if anywhere---is a line to be drawn? 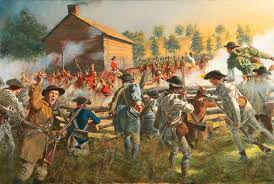 The Red Pills are correct when they say that Reality is what is, but their understanding of Reality is radically flawed. Compromise with our values; complacency about the state of society; Machiavellian schemes to profit off of others' sufferings: these are the very attitudes which made the Insurrection possible. Martyrdom serves no purpose? How many have died for faith and freedom? According to the Red Pills, that makes them suckers and chumps---even though their sacrifices made it possible for Good to triumph over Evil.
The philosophy that the Red Pills espouse lead nowhere. They give temporary gains and satisfaction of Instant Gratification, but in the long run end in shame, and enslavement: both enslavement to a corrupt social order and enslavement to their own vices. Those who follow these teachings become inevitably what they profess to hate, just as our nation has surrendered to forces hostile to everything it once stood for.