NORMALS, NEW NORMALS, AND THE SENSE OF DIRECTION

Our last post stirred up some discussion on InsantyBytes' blog, and tangentially over at Pastor Doug Wilson's site. A couple of good questions were raised about the state of society---and what defines 'normal.'

IB takes the position that there really hasn't been a 'normal' and says that "most of human history is just dominated by endless greed, perpetual injustice, and random acts of brutal and pointless violence." There's truth in that statement. Consider that Jesus and Socrates---who are considered the most influential figures in Western thought---were both judicially murdered by their own communities. It's quite remarkable that men and women most noted for taking courageous positions rarely die in peaceful, comfortable circumstances. Yet, it brings up another interesting question: why do we remember such people as martyrs and respect them?

Pastor Wilson says that  "the grievous problem with normals is that they want a stable traditional house with no foundation, which is something that Jesus said they can’t have...all this has happened in a culture that was ostensibly Christian. There has been a falling away, even if some of the individual participants have no Christian background to speak of. The language of the movement, particularly with their twisted appeals to justice, has been an attempt lull a complacent erstwhile Christian culture to sleep." There's truth in this also; or more accurately, there would have been had he written this in say, 1991 as opposed to 2021. The 'Christian Culture' he speaks of marked the now-extinct WW1 Generation and the now nearly-defunct WW2 Generation. In fact, it was the 1970s and 1980s which saw the rise of a 'woke' church and a split with a 'fundamentalist' faction. Among Protestants today we have 'liberal' and 'conservative' denominations; whereas among Catholics the split is internal within the Church but still quite apparent.

Both writers, though, make a point that we alluded to in our last article: that is, that even though we are currently engulfed in a culture where evil and insanity prevails, there's a latent sense that all of this is abnormal. Wilson is correct that the Left is motivated by hatred for the Normal and IB is correct that the Churchian Right is motivated by a desire to go along with it all and pretend it doesn't effect them. But is that how it has always been? 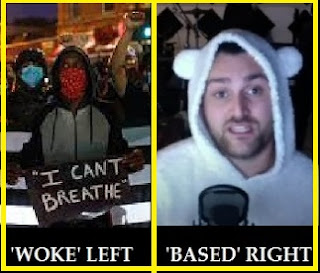 All of Western tradition has held that Man is separated from God by sin. The Ancient Pagans taught that, since God alone was Perfect, man was liable to sin and error. Recognizing and imitating the goodness of God was the key to salvation in their system. Christianity taught---via the Jewish theology--- of man's fall through the influence of an evil principle, and the need for a Redeemer, which was fulfilled in Christ. Both the Jews and the Pagans saw that Righteousness came from God and that right living was the normal way of society. However, the prophets of one culture and the philosophers of the other rarely escaped violent deaths for saying so. Yet, that brings us back to our original question---why is righteousness respected (and at least nominally) believed in while at the same time utterly antithetical to the behavior of the culture at large? If humanity were hopelessly deranged it seems that it logically would follow that they would dedicate churches to Joseph Caiaphas, Pontius Pilate, and Judas Iscariot instead of to Christ and His disciples.

I think that Insanity Bytes is very near the truth when she says:  "Indeed, the world does not want to change, in fact, it doesn’t even realize it is broken. Much like vampires cannot even see their own reflection, the world cannot see itself in a mirror either." I would say that the truth is closer to the world seeing itself in the mirror alright, it's that they afterwards either claim that mirrors don't really exist (the contemporary Left), or claim that the reflection is of somebody else (the contemporary Right). The one who says, "no, that's really what we look like in reality---we need to change" is the one who gets burned at the stake. 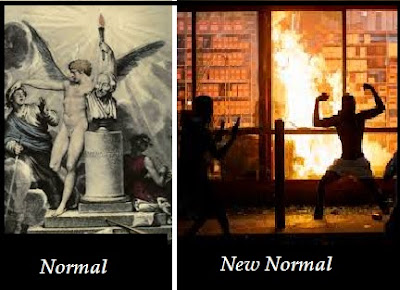 What differentiates our postmodern culture from previous times is that our forefathers actually believed in mirrors; they called it conscience. Nota bene: many of those who participated in Christ's Crucifixion later repented and became Christians. A conscience is a thing that many of our contemporaries notably lack. This is why when Wilson hopes to "say this to all the current stars in the evangelical firmament—to all the big conference speakers, to the seminary presidents, to the curators of the big blogs, to the leaders of denominations, to the publishers of books and magazines, to the names on dust jackets and to the givers of blurbs—you must repent," ---his hopes are resting upon an illusion. In fact, he actually has a better chance of converting the Left: they at least are dimly aware of a need for atonement, but are running from it. Recall that Jesus told the Pharisees, "If you were blind you would have no sin; but now you say 'we see', and therefore you remain in sin." Past historical periods were either characterized by high morality or rampant immorality; but amorality---complete indifference to right and wrong--- is the prevailing moral position.

If anyone doubts this, just look at our society's growing acceptance of/apathy towards transhumanism. Last week, for example, the Junta (with the complicity of 19 'Conservative' Senators), enacted into law a scheme to subsidize the Tech Lords and Academia Incorporated with taxpayer funds to advance the Great Reset's transhumanist agenda. This vastation of human conscience stems from the denial of belief in the human soul; just like the forsaking of human reason comes from denial of the human mind. Take away a man's conscience and he becomes a machine; take away his reason and he becomes an animal. Viewing mankind as robots or livestock can in no way be considered a 'normal' or mentally healthy outlook.

A fellow whom we had occasion to reference recently---a gentle giant named Samuel Little---was an example of a soulless, mindless beast. 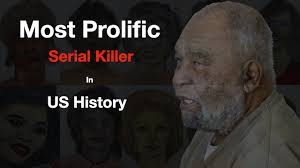 With the skill of a predatory animal and the compulsive nature of a robot; Little hunted and methodically killed over 90 women (whom we know of); escaping justice several times by playing the 'race card' and relying on public apathy towards his choice of prey. Those degenerated academics who rhapsodize about 'man's place in nature' forget that Nature not only produces sheep; it produces man-eating tigers as well. Likewise, the arrogant Great Reset scum who imagine a world where they rule over the human herd as earthly gods, are likely to discover that a people who've lost their belief in a real God are not going to love, fear, or respect human impostors very much either.

While our race has never been perfect, our acknowledgement of our Divine parentage and our relationship to God is the normal state of affairs. It's noteworthy that, throughout the entire history of our civilization that the Pagan philosophers, Jewish priests, or Christian saints offered themselves as representatives of God, and invited all who were willing to come and learn how to serve God. It was corruption in these systems that led to bloodshed which was never in keeping with the spirit of their teachings. The Great Reset and 'New Normal' in contrast, relies upon degrading humanity in body, soul, and mind---by force if necessary---which fact alone proves it a false system. Their schemes ultimately will fail, regardless of the power and money they have at their disposal. We may find fault (from our perspectives) with God's Governance of the world, but God understands how and why the world works and neither we, nor the advocates of 'settled science' do. The Ancient Greeks had a proverb that "the dice of the Gods are always loaded," which, while it doesn't exactly convey a strictly Christian perspective, is pithy statement illustrating that challenging God's Will is a hopeless endeavor.

By the same token, as the current social breakdown is based in abnormality, a close look can see that there are underlying fault lines that could reverse its course. The only thing that stands between social collapse and a revival is as simple as looking in a mirror. 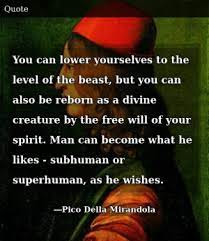