Well, this weekend has seen a heatwave strike the north Pacific Coast. No matter where you live in the country, you've probably heard about it. Sort of like the Texas coldwave last Winter; every six months or so Americans need a new 'climate emergency' to chimp out about. One would think that terms like "record-breaking temperatures" or "record rainfalls" would suggest that these weather events were uncommon and temporary. But remember the real record lows we're dealing with are American scientific literacy.

In the upper atmosphere, there exist wind currents. That's where clouds form and move about. There are pockets of stagnant air between these currents and these pockets of trapped air get superheated by the sun. When the pocket passes over an area, a heatwave occurs. At any given point during the world's history, there was a heatwave happening someplace. Up until a few years ago, nobody thought much about weather phenomena in terms of apocalyptic portents. Our Civilization had more or less outgrown superstitious fears of the weather about the time of the Renaissance. But until a few years ago, Science wasn't an industry. Scientists explained and informed people about things like bad weather and advised people on ways they could help themselves. Fear sells; and scientists are natural salesmen for that kind of product. 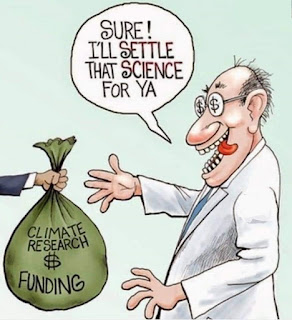 Younger people can scarcely imagine that there was actually a time when bad weather was something nobody even talked about much. People who constantly complained about the weather were considered a little 'off' in fact. I spent my childhood in a part of the U.S. where Arctic Cold Fronts in Winter and tornadoes in Summer happened. We just accepted that the weather was something that we couldn't control and it was best to prepare for it.

Since the 1990s, however, Ameroboobs have been bombarded with endless Fear-Porn about the weather. It's worked too. Just like there was propaganda flooding the country that every new influenza strain would wipe us all out---the NPCs were all chanting that "we're overdue for a pandemic!"---until finally COVID-19 caused  a national panic attack that cost us more than the virus itself did. The 'Climate Change' hysteria likewise is building up to an unpleasant crescendo. Right now, in my small town, there is no water, juice, cola, drink mixes, iced tea on the shelves: all of the ice machines are empty. The duration of this Climate Apocalypse justifying all of this hoarding? According to NWS, it's over by 9 P.M. Monday night. 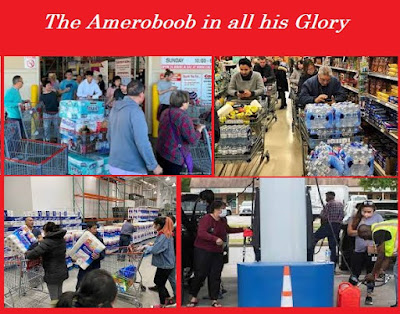 A populace as ignorant of science as the American people have become was a civic danger already. It's much worse now because these ignorant ideals are shared by both the Beltway Regime and the Corporate Elites. They have both the power and the money to impose their fanaticism on the entire nation. It's also very likely that the Elites don't actually believe a word of this Climate Change Hoax; but it wouldn't matter because the end result---from our standpoint---is the same either way. Climate Change, the Scam-demic, the Woke Racism, the November Putsch: all of these are mechanisms by which the Elites hope to bring about a 'great reset'.' That 'reset' actually means 'resetting' Western Civilization back to the Feudal Era. 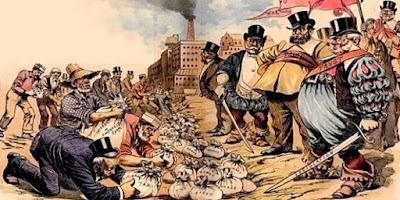 As for the hoarding: it is a national disgrace. Sometimes it's really hard to blame the Elites because they're no more than a reflection of our own cultural degeneracy. Aside from the fact that people who actually need Goods and Services can't obtain them and their 'neighbors' don't care: much of these goods are socked away with the intention of extorting from their neighbors the highest possible price.
In the early part of the Scam-demic, toilet paper, hand sanitizer, bottled water, and various soaps vanished from our store shelves. I talked to some store managers here in our small town, did the math, and proved to a City Council member that it was mathematically impossible that locals could have bought out this much stuff. My suspicion was that people from the cities who'd swept their own stores were sweeping ours, which led to the Council recommending that certain goods be limited from bulk sales so that locals could get things if they needed them. I'm not blowing my own horn here: I actually felt ashamed that we had to do that because, apparently, nobody especially cares whether you have soap and toilet paper or not.
Maybe we should rethink our attitudes about science and weather. In the past, people believed that natural phenomena were messages from their gods. Maybe that dynamic still works. Maybe God allows things like a few days of uncomfortable weather to make us pause and reflect on our collective stupidity and selfishness. I don't mean superstitious myths like 'carbon footprints' but the very real disregard displayed for our neighbors' welfare. Behind all this facade of Virtue Signalling and Social Justice, Americans are really a nation of narcissists, opportunists, and hypocrites. The Corporate Media has been carrying on about 'Climate Change' and 'New Normals' and not a peep out of them about doing things like say, checking on an elderly neighbor. Or like a fellow at our local church did the other day and gave his old air conditioner to a neighboring family who couldn't afford one. Things like that are how we should react. Prepare yourself, then help your neighbor. That's how Americans used to behave.