THE WORLD DOESN'T WANT TO BE SAVED

Back in the days when I was a cub, I remember going to a fairly successful old gentleman's small retail store to interview him about some information he had on a case we were working on. When we concluded, he said something in the sort of way that old men give advice to younger ones whom they respect: "Young man, you're out to save the world. The world---it doesn't want to be saved." 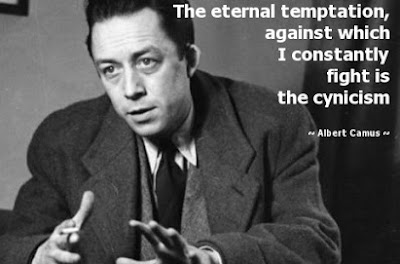 So, it's been two weeks since the last article and that old informant's words have come back every time I've sat down to write. I have to confess that the levels of disgust that I'm feeling towards our society right now has reached about a saturation point. I actually believed that the previous article would be the last one. A story about a girl whom nobody cares about who was killed by a thug who got away with murder; tossed out in the vain hope that somebody might speak up after nearly half a century and the even more forlorn hope that the authorities would do anything about it even if somebody did---what a fitting metaphor for the state of our cultural situation. But the same question I had after the interview decades ago keeps returning: "If nobody cares, why do you?"

I wish that I had an answer to that. I really haven't one. But even in that old cynic's case, if he really believed what he'd told me, he wouldn't have cared enough to give me what he believed was good advice.

What I tend to suspect, after a couple of weeks' reflection, is that empathy is a normal reaction to facing a problem. It's the new normal of apathy, hypocrisy, virtue-signalling, and narcissism that isn't a natural condition in the state of man. As psychologists of the Old School taught, the main characteristic of a neurotic is to evade facing an issue and instead doubling-down and reinforcing their aberrant attitudes and behaviors. Observing the sociopolitical American Left, that paradigm is obvious. Among the Right it's present too; but heavily camouflaged by a state of deep denial that looks superficially like concern for our national future.

I think that this is a source of the frustration most of us are feeling today. It's no longer a fight in 'the marketplace of ideas' where we can debate public policy. We are behaving like educators when what most of the public actually needs is something closer to a psychoanalyst. The beginning and the end of the Trump Administration taught us much about how serious the situation actually has become. When, at the beginning, Trump started draining the swamp, we learned that much of what we suspected about high-level corruption was not only true---it was even worse and more extensive than even many of us who'd spent decades exposing these parasites realized. Then at the (official) end of the Trump Administration, we discovered that the cultural degeneracy and general moral rot among the American population that we'd also sensed and warned against was more pervasive than we'd realized. Our 'exceptional American' turned out to be a walking corpse.

Liberals have always had a 'burn it all down' streak---which is just a psychological projection of their own self-hatred. What's worse though is that Conservatives---the ones who should know better---don't even want to face the reality that the edifice is on fire. (And that in spite of the fact that there have been literal fires in every major city for the past year). What seems to be becoming increasingly apparent is that all those much-despised RINO leadership in the GOP aren't holding their positions and getting re-elected simply through the handiwork of a handful of Party bosses. The past year ought to have impressed anybody that RINOs aren't much more than a reflection of their own constituencies. Reading through both the articles and comments on a typical Conservative website runs about like this: "Rule by decree, fake pandemics, close our businesses and our churches, turn thugs loose on the cities, overthrow the government, and set up a New Order: if you Liberals don't watch out, you're going to make us really mad! It's time we draw the line, and if you dare cross it, we'll draw another one! You'll all be sorry when Bruce Jenner's our next president!" 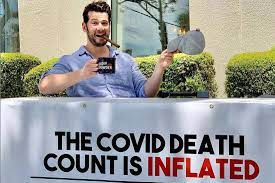 So it's no longer even a question of whether or not the world wants to be saved; what we're really dealing with is a society living under the illusion that it doesn't need saving. This has been cultivated in our culture through a careful, scientifically programmed policy of proliferating narcotics and targeted propaganda. As a fail-safe against returning to reason or religion, the Elites built in a 'woke' ideology to substitute for faith and thought. They also tolerate a controlled opposition among the RINOs and the 'based' Red Pills where opponents can flutter off and vent in a harmless (to their interests) way. The worst betrayal I feel with our society is that Conservatives and Christians knew this was happening and let it happen anyway. The Left didn't just hijack the Schools, Media, and Medicine last November: they've been building up to this takeover for a long time. In 1988, there were warnings about how corporate/political interests taking over the media. In 1993, we were already well aware that our schools were being purged. And the first known reference to 'Big Pharma' has been traced to 1994. So 'Conservatives' have had 25-35 years to deal with these problems; and as far as I'm concerned, clutching their bow-ties now is as bad as Left-wing whacko virtue-signalling.

The time though is not to withdraw or turn MGTOW or join a stupid Red Pill cult. We have to keep in mind a few important things:
1. That it is our culture that is out of step with Civilization and not us. We may be a minority, but the majority is corrupt.
2. Mainstream Americans do not represent what the rest of the world thinks.
Now is the time when it's most important to network with and support other like-minded people. But disengage, disunite, and disconnect from dependence on the Elites and their system as much as possible. The Elites' plan---at least for now---seems to be marginalization and we need to be prepared to depend upon each other as well as fending for ourselves. It's also important that we learn to distinguish who hasn't sold their minds and souls and who has. 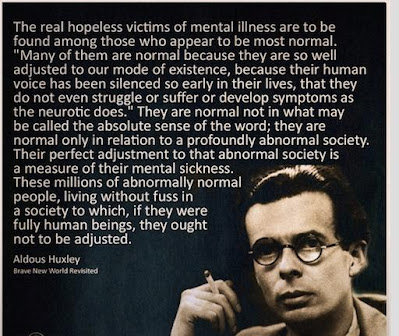