So this is the outset of an extended weekend here in the Prozac Nation. There are two official holidays this year; one is Memorial Day, when honor our brave men and women in uniform who were heroically padlocking churches and enforcing travel bans until recently. The Junta has also created a new holiday celebrating their official mascot: an Opioid addict and brutal thug who, during the course of an otherwise routine crime, managed to get himself killed and so secured a multi-million dollar payout for his previously-estranged family and their (totally disinterested) Civil Rights' attorneys.

But rather than waste any time with any of this nonsense, we thought we'd invite the few dozen readers that we still have to do something constructive. As many of you know, a close associate of ours is a volunteer researcher on various unsolved 'cold cases.' He's asked if we could elicit the public's help on a really difficult case. It's one of those cases where it's very likely that someone has information that can help; but without that information it may not be likely that it gets solved.

This case began on December 1st, 1972, when a man hunting deer in what was then a rural part of Laurel, Maryland came across a human skeleton. The skeleton had been lying on top the ground and there wasn't much left of the remains. The Medical Examiner concluded that it had been there 6 months to a year or more. They were able to determine that it belonged to a White female, no older than 25 or so with reddish or red-blonde hair. She was the victim of a homicide. Dental records showed that she had work done years before, but at the time of her death had an infected tooth.

No one claimed or identified her and the case went nowhere. In the late 1980s, a forensic sculptor created a new composite, which unfortunately only a Black & White copy has ever been issued. 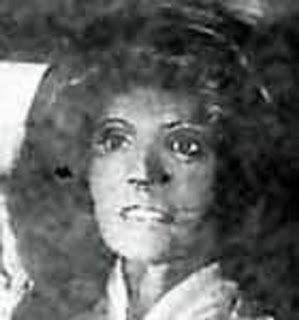 Again, no one came forward with any information. It wasn't until late 2018 that serial killer Samuel Little confessed to the murder. Investigators concluded that his confession was genuine, based on that Little vividly recalled the now-nonexistent  route to the murder scene and, apparently correctly identified what she was wearing which matched a few fragments of fabric recovered at the scene (but not made public)---as well as his own extensive criminal record which placed him in the area at the time. Little, however, never revealed her name; claiming to have 'forgotten' it in spite of stalking her for three days and remembering many other things quite clearly.

"She wasn't a bad kid. She just met the wrong guy---me!" Little reportedly boasted to the investigators. He recalled being disappointed that it took so long to find the body because he'd hoped to read about it in the newspapers. The fiend went on to describe how she tearfully begged for her life before he choked her to death with his bare hands.

New information which Little was able to provide was that the victim was killed around May, 1972 and that he was giving her a ride from a Washington D.C. bus station where she had stopped to use a payphone. She was 19 years old, and was married, but was going through a bitter divorce. Apparently, the phone call was placed to her divorce attorney who announced it had been finalized the same day that Little killed her. He stated that she had recently had a baby and was originally from Massachusetts (he though from Springfield or possibly Salem). Little said that she was a prostitute (which is questionable since he referred to all women that way), and that he took to the murder site for consensual sex (which is also questionable given what Little's definition of 'consensual' likely was).

Little's confession narrowed down the times and places quite considerably, but not enough to form a basis of any meaningful research. There are no known reported Missing Persons whose descriptions more than tangentially match; and of course what happened to the baby is also an open question (there haven't been any reports of missing or murdered infants from that time or area either). Despite the apparent fact that the Doe was going through some rough times financially on account of the divorce (this was in the pre-'No Fault' era and Little's testimony implied that she had initiated the proceedings), she had some personal contacts. After 49 years, though, if anybody has any ideas, they need to speak up. 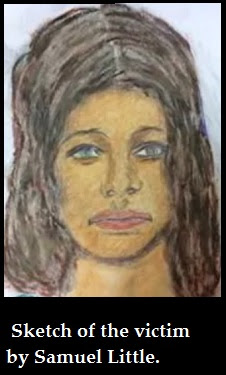 The agency in charge of the case is the Prince George's County Police Department which, to be fair, is underfunded and understaffed to be taking on many old cases. Also, to be fair, a nation that celebrates criminals like Samuel Little while prosecuting and defunding police officers for doing their jobs isn't likely to produce a work environment involving very much extra effort. However, reliable tips would be of great value because---despite the age of this crime---authorities do have viable DNA samples. The Medical Examiner's Office at 410-333-3250 is a good contact, or you can contact us in the comments and we'll help facilitate things.