GENDER NEUTRALITY AT HOME AND ABROAD

There's some good news from the old country this week. The Acadamie Francais, France's ministry of education, has weighed in and vetoed a move by 'woke' educrats (many of whom incidentally are supported by US interests) to create a gender neutral version of the acceptable French language. The Ministry not only condemned the politically-correct trend, they took the next step and banned its teaching in French schools altogether. Natalie Elimas, of the Acadamie, told the press that, "the drive to make French 'gender-neutral' will not increase its popularity, but will instead drive more people to learn English, which does not gender its nouns...With the spread of inclusive writing, the English language - already quasi-hegemonic across the world - would certainly and perhaps forever defeat the French language."

France's public school system has been putting ours to shame for the last fifty years at least. It's noteworthy that 78% of French public school employees are actually teachers; compared to 48% in American schools. This shows once again that the truly better-educated in the world reject this gender-neutrality nonsense with contempt.

Meanwhile, here in the Prozac Nation the recent Mothers' Day holiday reminded us all that we have some severe debilities regarding gender in our own culture. Most of what passes for Mothers' Day is Madison Avenue advertising schmaltz to begin with. The marketing shylocks once a year dust off their 'June Cleaver' portfolios and play on the Oedipal Complexes that currently run rampant among contemporary American men. We never see the other side of postmodern American Motherhood: the Welfare Queens with 15 illegitimate kids; the heroic single moms who've fathered offspring for assorted dirtbags; the drugged-out soccer moms turning out a whole generation of neurotics; the harridans who dominate 'traditional' families nominally presided over by a milquetoast husband; or the multitudes of supposed 'stay-at-home' moms who cuck their husbands who are working 80 hours a week to maintain their million-dollar homes. Public Schools, social workers, the mass-media and day-cares raise most of America's kids today anyway.

Some pinhead in Congress came under fire for suggesting that we rename this holiday as "Birthing Peoples' Day". The suggestion drew down considerable criticism from Conservatives; but while I oppose the change too, it somehow seems fitting. If American women of child-bearing age want to explain exactly how they are much more than incubators, I think they'd have a fairly tough sell.

Regular readers are aware that we've spent a lot of time here verbally trying to beat some sense into whatever slender threads of manhood still remain in America. But let's be candid, the postmodern era hasn't been especially kind to the fair sex either. It's going to get even worse for girls and young women fairly soon. While Leftist Whackos have pursued a policy of marginalizing masculinity and idolizing women; the current Junta and their masters in the Great Reset Oligarchy are pretty clearly shifting policy to marginalizing femininity and idolizing the homosexual. For four years, American women were screeching Orange Man Bad and howling about the President's alleged misogyny; now it's starting to dawn on a few women that Feminism wasn't so empowering after all and that decades of pushing American men down to the level of a gaggle of slobbering idiots has left them defenseless.

The younger generation of American females is about as weak and degenerate as their male counterparts. Insanity Bytes recently had a poignant article about an encounter with a young medical professional which illustrates how alienated young women really are from reality. In response to a comment I left there, IB said:

"I have a kid who was a baby during 9/11 and I often try to speak of life pre 9/11 without realizing she wasn’t even there, she has no point of reference. Spying on Americans, government over reach, and walking around with a muzzle on 24/7 is how it’s always been. It’s all normal for her. And yes, we often sent them to government schools, put them in front of televisions, and let the culture raise them."

Any single man who hasn't bought into the zeitgeist already realizes that the number of his female contemporaries who are serious material for a future wife and mother are fairly scarce. The type of under-30 American woman that IB encountered is about par for the course. Tucker Carlson did a short piece awhile back profiling a pair of thots whose videos went viral on the internet because of their hysterical outbursts over George-whats-his-name even though neither were Black or lived in Minneapolis. It's important to note too that these young viragoes were---by their own admission---the products of Conservative households. Not to mention what a typical weekend looks like when such ladies wish to display their wokeness. Let's all hope that scenes like these are female empowerment enough!

Contrary to what Feminist bubbleheads imagine, deconstructing masculinity in a society does not create a world where the higher qualities of feminine nature rise to predominate. What actually happens in the absence of masculinity is that women begin to take on more masculine characteristics---and typically they affect the more negative ones. Instead of pontificating from their tenured affirmative-action positions in American universities, all of these blowhards would have had to have done is visited any State Penitentiary for Women and seen their philosophy in actual practice. 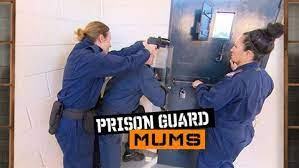 The health of a civilization can be gauged by the state of its women, since it is women who maintain the home and raise the next generation. What does ours look like? About 1 in 135 pregnancies end in abortion. American women have a 40% rate of morbid obesity; over half are functionally or wholly illiterate; nearly 1 in 6 are on prescription psychiatric dope at any given moment. About 1/3 with children are either single mothers or live with a stepfather. Female infertility rates are rising, with nearly 1 in 8 unable now to bear children; the U.S. currently ranks 33rd of the 36 members of the OECD in infant mortality.

Thirty years have passed since the Clinton Co-Presidency kicked off the gender wars; it appears that the war is now over and that both sides lost. 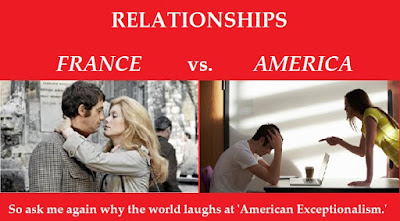 What both genders need to do is stop pointing the fingers, put down the dope, and pull their collective heads out of their a---s and start facing reality because as things stand right now, we are culturally only a few steps away from going back to the jungle. Hubris, wishful thinking, and 'controlling the narrative' isn't going to save us from the Laws of Nature and Nature's God taking their course. That's not only true of Generation Snowflake. The Boomers and the Xers---through our negligence and apathy---let "our land of spacious skies and amber waves of grain" turn into a fetid swamp from which we may not be able to extricate ourselves. All of us need to recognize that we're in some deep trouble and that all of us bear some responsibility both in getting us to this point and in getting us out of it. Unless that happens, we are going to join many other dead civilizations in future histories.