This story was largely ignored by most of the MSM this week; but a lesser-known case of a political purge occurred at Chapman University. Law Professor John Eastman---despite being a tenured member of Chapman's faculty unceremoniously found himself cashiered after a petition from 159 fellow-faculty demanded his resignation. His crime? Eastman was one of the legal team challenging the November putsch in the Supreme Court. Eastman had been sidelined from teaching after the faculty made their demands public in January. 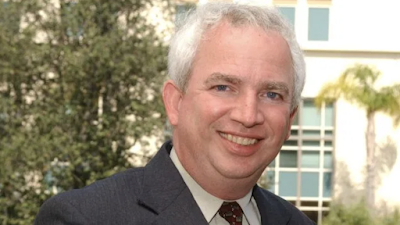 Conservatives being purged from Liberal Academia isn't exactly news---it should be, but the Right is too busy worrying about Biden forgetting his mask or something stupid that some NBA doofus said on Twitter to care too much. But in Eastman's case, Chapman University---a school affiliated with the Disciples of Christ and located in the heart of one of the most Conservative counties in California---things like this just don't happen, do they?

Yes they do. In fact, Chapman's faculty include a few prominent names in the Conservative Movement. One is Mark Skousen, a famous Libertarian economist, another, on the legal faculty is Tom Campbell, former Republican Congressman and former Speaker of the California Assembly. Also on the Law faculty is Celestine McConville, a former law clerk under Justice William Rehnquist. Another famous Law faculty member there is Vernon L. Smith---who is on the board of the Cato Institute. Finally, there is noted Conservative pundit, Hugh Hewitt. Hewitt's an especially interesting case. Although Eastman was a frequent guest on Hewitt's program, it doesn't appear that Hewitt has done a single broadcast in Eastman's defense.

Hewitt and his fellow scum at Chapman and the Disciples of Christ Church are representative of what is killing the Conservative Movement. Conservatism isn't being killed by the Left (at least not yet). It is committing suicide. Too many Conservatives want to fancy themselves 'realists'. At one of the scale are the Alt-Right idiots of the Vox Day stripe; at the other are the Mitt Romney go-along-to-get-along types. Actually, they are the same thing; they only differ in their approaches. Both essentially believe in co-opting Liberalism because they believe that Conservatism has failed and socioeconomic policy is simply a matter of beating the Left at their own game. What these losers fail to understand is that there's already a party of Realpolitik and those are the Liberals. Play the same game and we're no better than they are. At that point, one might as well support the Democrats: at least they have an actual plan; Republicans get elected and they spend their entire terms doing nothing for anybody.

This sort of phony 'realism' started growing during the Clinton Era and has defined the Conservative character more or less ever since. Somewhere along the line, Conservatives developed a sort of philosophical dualism that holds vaguely 'Conservative Values' as an ideal; but outside of the voting booth and online chatrooms has no practical application. It's sort of like the political manifestation of spiritual Churchianity where someone professes the Creed on Sunday morning, but the actual teachings of Christ are irrelevant every other hour of the week. When a group of academics at Chapman University, for example, see a colleague getting railroaded out of a job, they can forget everything about The Rights of Man, because 'that's an administrative decision, not my problem' and 'it's his own fault, he made some bad choices.' When an entire national election gets hijacked, the Senate Majority Leader shrugs his shoulders and says, 'It's for the Court to decide; not my responsibility.'

The sophists can call such behavior practical and realistic all they want to, but the operating force behind these attitudes is Narcissism. In a broader social sense, Narcissism is morbid preoccupation with self-interest with corresponding contempt for, and general disinterest in, anything and everyone outside of one's immediate Ego Field. In clinical practice, psychiatrists cataloged symptoms of a Narcissist: just see how many of these apply to the typical fake Conservatives and Churchians you know from your own observations.

It's actually gotten so bad that terms like 'altruism' and 'social justice' have become pejorative terms among the political Right. Where exactly did Jesus teach that "looking out for #1" was mankind's highest duty in life? Or that looking the other way at injustice was the mark of a good Christian? I think that if the events of the last 18 months have proven anything, it's that the Conservative Majority is a paper tiger, and that God doesn't seem very pleased with our stewardship of the nation right now. One day, Conservatives woke up and suddenly seemed to realize that evil men had the minds of the young, that our cities were cesspools of addiction and crime, that our economic rights had been sold to an irresponsible Oligarchy, and that most people were ignorant enough to be frightened for their lives at an influenza outbreak. Conservatives looked around and saw that the Enemy was at the Gate and then they looked around and saw locked-down churches and their neighbors hoarding bathroom tissue in response. That's about as strong a wake-up call as a nation could get, but judging by recent events like the Eastman and Chauvin cases, Conservatives haven't learned a d----d thing. 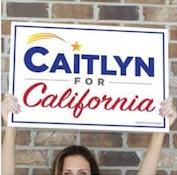 It's not like our own cultural leaders haven't warned us time and time and time again that our combined greed, selfishness, and hubris were sending us on the way to disaster. It isn't as though our spiritual leaders didn't spell out the wrong course that we were following. But Conservatives chose instead to go "every man for himself!"

It's the old, old, story. The realists think that they can cheat Reality, and end up caught like fish in a net. The Conservative leadership is going to go on selling out until they run out of things to sell out on and find themselves face-to-face with an enemy who wants it all. That's the trajectory that the political Right is currently running on; and if attitudes don't change---and soon---I can only say that I hope to be a safe distance away when 'our side' has to reap what it's sown.