THE RETURN OF THE SWAMP

One of the things I truly miss about the Trump Administration was being able to write posts about the Justice Department's latest foray into the Swamp and watching them haul in some loathsome Swamp Creature. That's all come to a screeching halt since the Junta seized power; with the corporate and political scum now either seeing charges dropped or getting light punishments. It's as though the swamp-draining stopped and now the sewer is backing up.

A recent case involving transnational corporate conglomerate and leading Government contractor, the Honeywell Corporation is a good example. Honeywell has had a long history of corruption as well as being a major source of environmental pollution all across America. None of this has stopped politicians from doing business with Honeywell, though. Last year alone, Honeywell spent millions on 37 Beltway lobbyists, 29 of whom are revolving-door former federal bureaucrats. Several members of both House and Senate own Honeywell stock. Among other things, Honeywell is a strong proponent of the Mask Mandates; especially considering that they are the leading manufacturer of M-95 masks in the United States. Hardcore mask fanatics like Los Angeles Mayor Garcetti even entered into exclusive contracts with Honeywell to provide masks for the city. CNBC---for whatever their words are worth---reported that Honeywell controls a whopping 25% of the world's non-residential buildings.

During Trump's term, Honeywell got caught by the FBI selling sensitive military technologies to China. The investigation started after a whistleblower alerted the DOJ late in Obama's term of possible security breaches. During Trump's time, breaches of this kind ended in substantial prison sentences for liable parties. But it was Orange Man Bad and the Junta's Ministry of Justice literally let Honeywell off the hook with a light fine and promises not to do it again.

Among the data that the Chinese People's Liberation Army received from Honeywell included operational systems for the F-35, F-22, and F-18 fighter jets, the B-1 Stealth Bomber, the M-1 Abrams battle tank and the Tomahawk Cruise Missile; as well as the upgraded engine systems on older defense weapons like the A-10 Warthog ground-support aircraft, the C-130 gunship, and the Apache attack helicopter. No big deal, right? It must not be: there hasn't been a peep out of the MSM about what should be a major scandal. Nor is there a word from the Republican leadership, which seems to be dealing with a rather embarrassing scandal of its own at the moment. 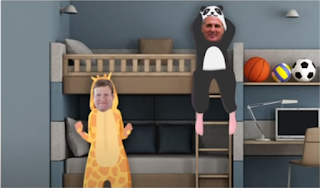 The lack of outcry is probably not too surprising given the number of revolving-door political, corporate, and media scum running the corporation. Darius Adamczyk, its CEO, grew up in an Iron Curtain country and for the last two years has been a regular attendee at the World Economic Forum. Many of Honeywell's recent statements and policy positions show a lot of sympathy with the Great Reset goals. Adamczyk was recently recognized by the Deep State think-tank The Foreign Policy Association. He is also a high-ranking official of the shady Business Roundtable; to which the Washington Post once referred as "President Obama's closest ally in the business community." In 2019, Adamczyk participated in revising the Roundtable's Charter to reflect Klaus Schwab's Fourth Industrial Revolution philosophy. According to the New York Times:  "the group updated its decades-old definition of the purpose of a corporation, doing away with its bedrock principle that shareholder interests must be placed above all else. The statement, signed by nearly 200 chief executive officers from major U.S. corporations, makes a fundamental commitment to all of our stakeholders*, including customers, employees, suppliers and local communities."

{Nota bene: the term 'Stakeholder Capitalism' was coined by Klaus Schwab to define his economic model. Much of the new charter repeats statements from The Fourth Industrial Revolution almost verbatim. This isn't surprising since a look at the Charter's signatories reveals that the Business Roundtable is packed with WEF members.}

But their futuristic plans aside, for the present the Chinese are in possession of some our most advanced military secrets thanks to Honeywell. Honeywell is not only getting away with this, they didn't even lose any defense contracts or security clearances over this unfortunate incident. All of the Ameroboobs who couldn't wait to get rid of Trump and return to normal---recall that this is what 'normal' looked like during the Bush/Clinton/Obama years. Corporate cartels like Honeywell could commit crimes that once sent guilty parties to the electric chair and walk away scot-free. Meanwhile, you could get a stiff fine and possibly jail time for not wearing one of Honeywell's masks in public. Once again, the Ameroboob shot himself in the foot and the Oligarch laughs all the way to the bank. 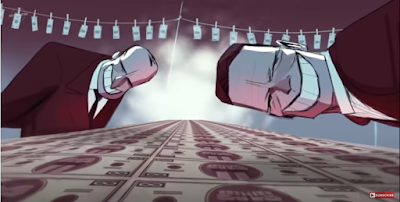