INVASION OF THE SAUCER MEN

Well, among other things, there has been a spate of recent sightings of Unidentified Flying Objects and a few whistleblowers coming out discussing what these phenomena of (officially) unknown origin are. Tucker Carlson even had a segment on it this Friday. Only a few weeks ago, Lloyd Austin, the Junta's Minister of Defense, took time out from 'purging the ranks of extremists' to confess that some leaked UFO photos were indeed taken by military personnel. In June there is supposed to be a report on these phenomena which was authorized by President Trump last year. 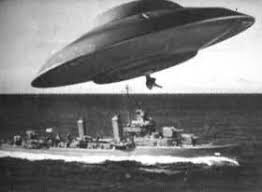 There are three main groups who are debating the issue right now. One are the self-appointed 'skeptics' whose open minds never question settled science. They claim that 100% of these sightings have a rational explanation, no matter how absurd and irrational their explanations are. The second is a group known as 'Ufologists' who believe that many of these are extraterrestrial in origin and the government has gone to extraordinary lengths to cover up the truth about this. The third, like Tucker Carlson, express concern that whatever their origins, the fact that they are able to penetrate our air defenses at will is a serious matter.

I don't dismiss the idea of extraterrestrial visitations out-of-hand. Certainly the universe is big enough to contain other humanoid species, just like Earth is large enough to accommodate diverse nations and races. The Catechism of the Church tells us that the diversity of races and cultures on this planet are part of God's Will that we should cooperate and learn from one another. I see no reason why this Divine Plan couldn't extend to a planetary level as well. Also, let us not forget that planets capable of self-sustaining life seem to be rare in the universe. That fact alone would give any race with the technological abilities to conduct long-range deep-space travel a motive to come by Earth and do some exploring. 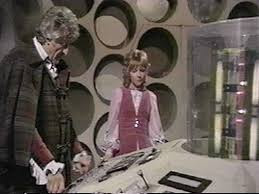 Although there have been sightings of strange aerial phenomena throughout history, the modern era really opened up simultaneously with the Second World War. During the war, these sightings were generally assumed to be something war-related; but they increased rapidly even after the war ended. President Truman tasked the U.S. Air Force with investigating these occurrences including a famous sighting over the District of Columbia in 1952. This program was known as Project Blue Book and led to a television series of the late 1970s, which Hollywood ripped-off a few years ago and rebroadcast under new PC and dumbed-down standards.

1957 saw the most recorded sightings in history. During the 1960s, the number of sightings and the reported incidences continued. The project was nonetheless closed in 1970, mainly by Congress who saw it as a cost-cutting measure. The Democrats who then (as now) had little interest in either National Security or space exploration did so over the objections of President Nixon. This was a huge mistake, since it removed a layer of transparency between the U.S. Government and our citizenry.

By the 1990s, when the Deep State Era came into full bloom, a sharp antagonism had grown between Ufologists and an increasingly detached and arrogant bureaucracy no longer interested in much of anything the public cared about. Unlike the 50s and 60s, where public sightings were treated seriously and professionally, witnesses were routinely dismissed as cranks by public servants and ridiculed throughout the media. This has led to allegations of government cover-ups which in turn has led to Ufologists being labelled Conspiracy Theorists by the smug Elite. 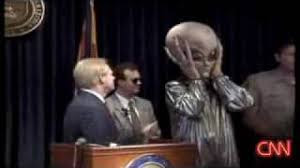 None of the speculations or ridicule however can belittle Tucker Carlson's point that the government owes the people a serious explanation. Just because the Air Force in 1969 had concluded that none of these sightings represented a serious threat to American Security doesn't mean that nothing that has happened since is just as innocuous. Technology has expanded immensely during the last 50 years; and---American hubris notwithstanding---other countries which may not like us very much are certainly capable of having secret research projects with technologies that we are unaware of.

Consider that for the last 3 decades, we have invested practically nothing in deep-space technology. Our Intelligence services have been occupied with overthrowing governments (including our own) on behalf of Corporate interests and building elaborate systems of domestic espionage. Meanwhile, our brave men and women in uniform have spent more effort on staging pride parades and ending the military's culture of toxic masculinity than keeping tabs on what foreign military forces might be up to. Given what our military has sunk down to, it shouldn't even be surprising if our airspace is routinely being compromised. Recall that 20 years ago, our vaunted Air Force couldn't stop a hijacked jetliner from attacking the Pentagon, while our supposedly sophisticated Intel services couldn't identify all of the leaders of the Taliban Government in Afghanistan. Today both Military and Intelligence services in the U.S. are an even bigger collection of buffoons and poltroons than they were then. 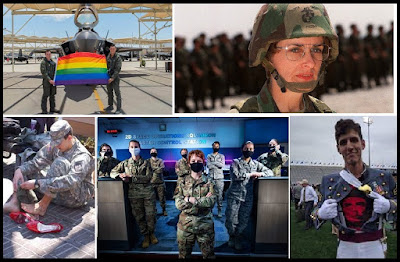 Ufologists, too, have spoken much about disclosure which means the Government admitting to knowledge of extraterrestrial existence and visitation. But both their hopes and Tucker Carlson's concerns raise one serious concern: How much faith are we going to put in the current Junta to tell the truth?

This is a serious issue on a serious subject. We're talking about a group of outright lunatics and opportunists who fake pandemics, distribute toxic vaccines, and tell us that gender is merely a state of mind; and that ordinary weather changes forecast global catastrophes. We are living in a zeitgeist where Science is for sale, and mad billionaires believe they are entitled to do things like seeding the atmosphere and re-engineering both humanity and the environment. Technology is being aimed at reducing food supplies while proliferating narcotics. While at this point I wouldn't necessarily be adverse to interplanetary or foreign intervention, I wouldn't take this Regime's word for what these UFO phenomena are, regardless of what they say they are. Extraterrestrials, military experiments, or explainable events: no matter what we're going to be told, we should assume that it is a lie until proven otherwise.

In a nutshell, all of this 'chatter' from media and government sources is deeply unsettling. They aren't releasing this information out into the public for no reason; and coming along with all of the Scientism they've been promoting tends to make me doubly doubtful that anything good is about to come out of any of this. Assuming this site doesn't get cancelled for questioning the settled science too much between now June, we'll be keeping a close eye on both this story and the skies. 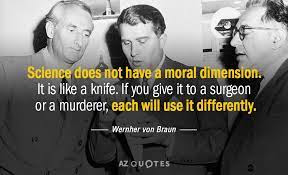