THE VAX, INDIA, AND US

Today the Ameroboobs are busy arguing over the Republican Party's latest embracing of Affirmative Action. A Black Senator from South Carolina read the prepared script to respond to the Head-of-State's recent speech and has been proclaimed by such great Conservatives as Mitch McConnell and Lindsey Graham as the "future of the Republican Party. Meanwhile, another great statesman on the Right, Arnold Schwarznegger has thrown his steroid-ridden weight behind Bruce Jenner. Could we be seeing a Scott-Jenner ticket in 2024? That would sure take the narrative from those Libtards! Ooooh, ride that Red Wave! Not a peep out of these great statesmen yet about the political persecution of Derrick Chauvin, the DC Protesters, or the Trump legal team. The situation is so egregiously a violation of human rights that even Pocahontas Warren was blushing with shame; and it took an Obama-appointed federal judge to intervene on behalf of a protester who'd been held illegally incarcerated for nearly three months.

While the MSM was busy with these GOP-fueled distractions, the Junta quietly announced reinstating new travel restrictions against India. India has been experiencing a massive so-called "second wave" of COVID-19 cases. According to the Times of India, today's numbers showed "a record daily rise of over 3.86 lakh \{i.e. 386,000} new Covid-19 cases and continued to post over 3,000 deaths for the third consecutive day, as per Union Health Ministry data updated at 8 A.M. With 386,452 new cases recorded on Friday, India's tally of total Covid-19 cases now stands at 18,762,976, the highest since the pandemic started in 2019. The death toll jumped 3,498 over the last 24 hours, taking the total death toll to 208,330, according to the Health Ministry."

The Corporate Media was praising India just a few months ago after it the country's somewhat mentally-suspect president Narendra Modi was announcing the greatest vaccine push in history. Modi's friends at the World Economic Forum even made him a keynote speaker at their Great Reset Forum this year. Modi has become a WEF hero recently as model world leader despite doing a few questionable things like trying to force the country to adopt cyber-currency, nearly provoking atomic war with China and Pakistan; as well as supporting the Soros-backed 'Rohingya Crisis' and fomenting other unrest in neighboring Burma.

India's two 'approved' vaccines are Astrazeneca's  'Covishield' brand and domestically-produced 'Covaxin'. A number of real scientists have offered the possibility that taking unproven vaccines like these could infect healthy people and cause side effects like blood clotting, while doing nothing which actually fight the flu. In fact, India's survival-rate from contracting COVID has dropped to 82% since the miracle drugs got rolled out by Big Pharma 'our frontline heroes'.

Many people in India have started asking some of the same questions---which has led the Modi Administration to request assistance from the Tech Oligarchs in suppressing social media discussions of the topic. Likely also acting upon advice from American propagandists, Modi decided to embark on a program of enlisting Indian celebrities to promote the vaccine. A popular comedian called Vivek was appointed as the top spokesman for the vax and 'combatting disinformation.' 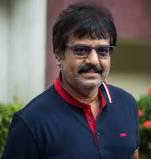 The program hit a snag, however, after Vivek---in a well-publicized photo-op--- took the vax on April 15th and died less than 24 hours later, allegedly of a malignant blood clot. Apparently, India hasn't learned to leave the caps on the syringes when they vax celebs like we do over here. At any rate, it certainly didn't do much to combat vaccine skepticism---and especially now that Modi's been rolling out the campaign for the second dose already. Some Indian medical experts are cautiously predicting a 3rd COVID outbreak for this Fall: which may actually be their way of trying to leak information under the radar (i.e. secretly warning that outbreak follows vax).

Pascal Soriot, the CEO of Astrazeneca, was also a speaker at Davos this year; in fact, he's led the WEF's program for global vaccinations. Soriot states that the program "is about ensuring that as many people as possible irrespective of their country’s income level will soon be protected against this deadly virus”; i.e., infecting the underclass with permanent side-effects. Considering that the WEF is not exactly reticent about promoting population control it should raise more than a few red flags that the Elites should have such a driving interest to spread these potentially dangerous substances in country like India---home to over a billion people, most of whom happen to be what we would call 'the working poor'.

Now, of course, in America's enlightened postmodern culture of highly-educated and sophisticated thinkers, the mere suggestion that the Elites might be up to something sinister (like genocide) meets with sneers of promoting tin-foil hat conspiracy theories. No one should suspect that such 'woke' plutocrats like Klaus Schwab (whose father was a Nazi operative) or Bill Gates (whose father was a eugenicist) could entertain but the purest of motives. 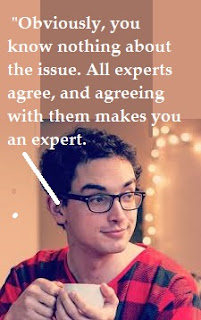 And we are, at least in America, not to question the experts' motives either. Like the World Health Organization which refused to declare COVID-19 a pandemic until the day after the Bill and Melinda Gates Foundation dropped about a $60 million donation on them. Or the unbiased team at Factcheck.org, which is under the thumb of known shills for Big Pharma. We can certainly trust the experts in Academia, too; despite the fact that they rake in billions from Oligarchs as well as from Big Pharma we can't entertain the slightest doubt of any biases or hidden agendas. And we have trustworthy fellows like Dr. Fauci, who had inside information on the COVID vaccine; surely he wouldn't have sold that information to political interests working to overthrow President Trump. True, Fauci grew up in an Italian neighborhood in Brooklyn where small businesses like his father owned were subservient to the interests of the local Mafia---we can't assume from that experience that Fauci might have picked up a few tricks of the trade. Let's be bit candid: surviving seven presidential administrations in spite of all the gaffes and blunders that Fauci has committed along the way is quite an anomaly in American politics; unless someone has a few very solid connections.

Fortunately India is a democratic country with better educated population than the U.S.,so hopefully the people are better equipped to see through the state and corporate-sponsored propaganda and act accordingly. The Modi Regime allegedly has a huge public base of support, but we must recall that approval polls in India are conducted by American firms, and that India's media is even more controlled by vested interests than ours. It remains to be seen whether their government can withstand this latest round of disasters or not; but India has had a long history of foreign interests using the populace as medical guinea-pigs, and the Indian people have long memories.

We Americans should take a good hard look at India's situation because this is very likely to become our future. We haven't seen the full effects of the vax here yet, but bear in mind that we live in a less crowded and more sanitary environment than most Indians have. After the Junta has lulled us into a false sense of security, the 2nd and 3rd rounds of the snake oil are liable to be packing a real wallop.