So, yesterday the surprising (to some) news came out that the scum running Virginia's educational bureaucracy have decided to end advanced mathematics courses under the pretext that there's 'inequality' or something involved. Virginia is the first to impose this policy statewide, although it's been done on local scales now for some time.

"My first reaction to this was that it seemed absolutely bananas, and that it sets a soft cap on the number of higher math courses students are going to be able to take." an unusually prescient activist told the Media: "My second reaction was to wonder which outside math learning franchises (Kaplan, Mathnasium, etc.) are publicly traded, because I foresee their stock soaring."

Interestingly, President Trump already addressed the issue of 'inequality of outcomes' in public schools. In 2017, he signed an Executive Order that actually began serious funding for STEM courses in economically-disadvantaged areas. But, it was Orange Man Bad; and now schools are returning to the policy of keeping all students at the lowest minimum level of competence. The Corporate Oligarchs and the political elite---who overwhelmingly send their own children to elite private schools---aren't effected by any of this.

The early proponents of public education believed that only a well-educated population could maintain a system of self-government and could rise in society to the highest degree of excellence of which he was capable. In our Postmodern Era, however, it was also discovered that a dumbed-down population could be propagandized into accepting tyranny, while being just educated enough to serve as drones in the Corporate Matrix.

The website American Greatness cited: "Another parent in Loudoun County, Ian Prior, put it in even blunter terms: 'This is critical race theory in action, and parents should be outraged.'”

How true. Parents should be outraged. Will they though?

Of course they won't. These policies aren't just some crackpot theory that a few fruitcakes came up with last week. Thomas Sowell was warning of these trends as long ago as 1992.  Our schools and universities began purging Conservatives in the late 1980s to mid-1990s. Even the RINO news magazine National Affairs concluded in a 2018 study that, "Conservative voices on college campuses began to diminish sharply in the late 1980s and early 1990s. When the Carnegie Foundation conducted its faculty survey in 1999, it found that a mere 12% of professors were conservatives, down from 27% in 1969. Using a different dataset from the Higher Education Research Institute, political scientist Samuel Abrams discovered a similar decline. Overall, Abrams estimated that the ratio of liberal to conservative professors has increased by about 350% since 1984, even though there was no equivalent change among the American public or college students. As a consequence, very few of today's college presidents can claim that one in four of their faculty members are conservatives." 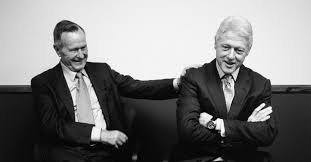 Yes, 'conservative' George Bush Sr; and the radicalization really took off after Bush's good buddy Bill Clinton took over. Nothing whatsoever was done by Republicans to reverse these trends then or since.

But a more important question is: where were Conservative parents this whole time? Some light is shed upon this is an article from 16 years ago on a homeschooling website. Author Bruce Shortt said in an interview, "It's very difficult for many of us to give up dearly held views that are convenient. Too many pastors rely on their own school experience in 1955. They have a couple of schoolteachers in their congregation and they seem like nice people. Pulling out of government schools requires assuming a lot more responsibility, and it has financial implications. More dollars for Christian education means less for the cooperative program. We've been too often guilty of evangelizing ardently in Timbuktu and losing our own children. We've failed to see that spending money at the local level, educating our children, is also a missionary effort!"

Today in Virginia---a state where homeschooling laws are fairly relaxed---about 40,000 K-12 students are homeschooled. Around 1,260,000 are educated in public schools. Homeschooling accounts for around 0.032% of Virginia's primary and secondary students. Is Virginia that dominated by Liberals?

Well, according to Pew Research, about 43% of Virginians identify as Conservative; 39% as Liberals; and 18% as NPC 'uncommited' voters. Of that 43%, over half are between age 18-55---i.e. parental age groups. So why are Liberals running wild through the public school system? I think that we can draw our own conclusions here. True, Liberals tend to be bullies and cheats. But they also tend to be cowards, and Conservatives far outnumber them.

The fact is that our public schools have been hijacked because Conservatives haven't done a thing to stop them. And now, our schools are 'woke' because Universities have been turning out indoctrinated and radicalized teachers and administrators for 30 years. Nearly everyone under age 20 or so has been 'educated' under these foul ideologies. Consider this: Drag-Queen Story Hour---which Conservatives gripe about and do nothing to prevent---has been going on public schools for six years. And now Conservatives want to complain about what the Left is doing to our schools and the decline in values among the young. Look in the mirror, chumps: it's your own fault. While our generation was busy taking happy pills, cheating on their spouses and figuring angles to game the system and shaft their neighbors; their children observed all of that and rejected our hypocrisy, Churchianity, and social apathy with disgust. That rejection, righteous though it is, made their untrained minds easy prey for the Academic Sophists and the Media propagandists to poison their minds with their sick 'woke' pseudo-philosophies and their junk sciences.

The old-school Catholic Bishops used to say of parochial schools: "Give us your children for the first seven years of his life and they'll be Catholic forever." There's truth in that statement. Freud, Piaget, and Montessori all proved scientifically just how fast children's minds really began developing and how children's characters are pretty much established by about age 12 in girls and about age 14 in boys. There's not a wide window of opportunity for parents and educators to shape young minds in a socially useful direction. We have a generation whose parents dumped them in daycare and into elementary schools run by psychopaths---and let them find their own role models in the media: what did these parents think was going to happen? That they'd grow up with a healthy respect for America and its traditions?

A few younger Americans who've woken up to the lies they've been fed and a few older activists who saw this disaster coming are still working to undo the damage. But whether it's too little to late or not---that remains to be seen. 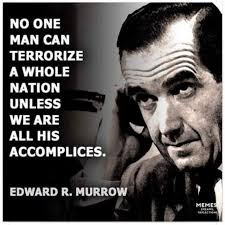