Today a couple of apparatchiks in some local jurisdictions made two statements that has the Corporate Media out scurrying. In Minneapolis, the police officer who shot a ghetto thug is under arrest and being charged with Second Degree Homicide. Shortly thereafter the District of Columbia announced that the police officer who shot a pro-Trump protester will not face any charges.

I'm not too concerned with the circumstances of either shooting here. Neither is our so-called 'Justice System'. I think that we all understand the Minneapolis officer is going to get railroaded and that nobody in power cares if a Trump supporter gets gunned down. The timing of these two announcements, however, is not a coincidence. The Junta, through its surrogates, is putting the nation on notice that henceforth political factors are going to replace actual Justice.

This trend has been building up for some time was happening de facto in Occupied States before the Election of 2020. We recall how a family in St. Louis was persecuted for defending itself; while a group of armed savages who set up an 'autonomous zone' in Seattle escaped without consequences. An argument in Central Park sparked an international manhunt while the deliberate murder of nursing home residents by exposing them to a contagious influenza outbreak is swept under the rug. A group of pro-Trump protesters have been hunted down like dogs and are currently facing charges of attempting to overthrow the Government while Leftist scum who burn down churches and businesses are given a free pass.

Now, for all of you Conservatives who are still in denial, nota bene that this type of selective 'justice' happens during revolutions. In fact, the originator of the term and concept of 'Political Correctness' old "Iron Felix" Dzerzhinsky,  the first Secret Police Chief of the U.S.S.R., instituted a similar policy shortly after the Bolshevik Revolution. In Lenin's day, those accused of a crime who could prove that their actions were in the interests of advancing the Communist cause were judged 'politically correct' and exonerated. The victims of these crimes who had the manhood to assert their rights in these courts usually ended up in Siberia. Now all of you Conservatives who still want to cling to the idea that the Rights of Man are in any way respected by the Junta, please explain how our legal system differs from the Bolshevik one. Get it through your heads that the Third Branch of Government is about to die: and the Courts will not save us.

Sure, we still win some victories. When Hitler came to power in 1933, the German Courts actually decided a few cases against the Nazis until 1935. During those intervening 18 months or so, Republican judges were co-opted or purged as political pressure mounted to force them to bend the laws to Nazi interests. In 1935, all judges were forced to swear a loyalty oath to the Regime or resign. Anyone who cannot see that we are following the same sociopolitical trajectory is not paying attention. Our Regime is already committed to the overthrow of the Federal Judiciary. 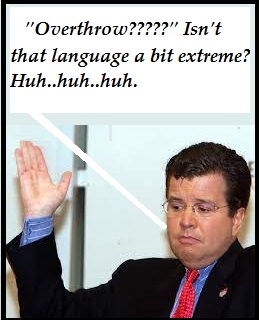 Just see what they say for themselves: "The Commission’s purpose is to provide an analysis of the principal arguments in the contemporary public debate for and against Supreme Court reform, including an appraisal of the merits and legality of particular reform proposals. The topics it will examine include the genesis of the reform debate; the Court’s role in the Constitutional system; the length of service and turnover of justices on the Court; the membership and size of the Court; and the Court’s case selection, rules, and practices."

Exactly which definition of the word "overthrow" doesn't apply here? They're discussing changing the entire composition of the system. We need legal reform, yes: but not by altering "the membership and size of the Court; and the Court’s case selection, rules, and practices." This is an open admission that the Junta intends to purge the Court System.  "The Executive Order directs that the Commission complete its report within 180 days."

That is only six months away. The Whacko Left Wing in Congress doesn't even want to wait that long. They want to let the Junta pick four new Supreme Court judges, which---given the number of RINO deadweights already on the Court---would give the Left about an 11-2 margin on deciding cases. After arch-RINO John Roberts handed the 2020 Election over to the dictatorship, it was widely rumored that he and other turncoats had made a deal with the DNC that they would vote against Trump if the Junta promised not to "pack the court." I don't know if the story is true, but it's totally in keeping with the Democrats' character. Make deals with fanatics and this is what you get.

What isn't a mere theory though, is that politicizing and stacking the Courts will establish the Junta as a dictatorship in everything but name. This is nothing less than a hostile takeover of the Judiciary. Once this happens, Political Correctness will become law, and we are finished as far as our history as a Constitutional Republic goes. The Constitution will be a dead letter.

Will the American people stand for this? Of course they will. The Deep State has been building up precedents for the last three decades. Trial by Media has desensitized the populace to the actual legality of court proceedings; while decades of unequal applications of the law in reverse discrimination have desensitized the public to legal politicization. Failure of Conservatives to take any action whatsoever against these injustices have led us to this moment.

There have been several bad decisions from the Supreme Court too. The Constitution gives Congress and States procedures for overturning them. There were, for example, enough States which had passed laws banning homo 'marriage' to have overturned the Court's decision legalizing it. As far as I know, not one Conservative leader even proposed doing so. Legal Abortion, the Eminent Domain rulings, Citizens United, the stolen 2020 Election---every one of these abominations could have been stopped if leaders on the Right had taken any kind of a stand. But, no: the Right needed controversial issues to win campaigns; stock prices were climbing in industries profiting off of these crimes. Now it's game over. Conservatives said and did nothing when the media, academia, and large companies were being purged of Conservative voices. Now those three sectors are going to be running the entire Legal System when they could have been the leading voices fighting the takeover. 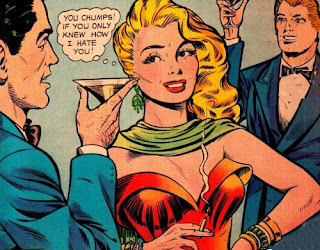 I agree completely with that sentiment. Conservatives who smugly sat by and said to themselves, "I got mine!" while their neighbors were being harassed out of jobs, blacklisted, cashiered in middle age while their companies outsourced to China and left with no legal recourse: now the same thugs who did those things to your neighbors are headed for your door. And your neighbors aren't there to have your back anymore.

If the Courts are purged, the type of unequal justice referenced in the two police shooting cases will become the next 'New Normal.' Any and all Leftist agendas are going to get a rubber-stamp approval. Without the Courts, there is nothing to stop them. They can censor us, take our guns, steal our elections, close our churches, shut down private schools, close businesses they don't approve of---basically they can do anything they feel like doing.

But the average Ameroboob won't care. As long as he positions himself to be in the Regime's good graces and gets those handouts and special privileges by virtue-signalling, he can still feel superior and laugh at the rest of us who lose our liberties. Selfishness, and stupid greed: that's the way to success in the New America.