HORST WESSEL RISES FROM THE GRAVE

A little over 90 years ago in the Weimar Republic, a low-level Nazi Party thug named Horst Wessel was working at his side-job in Berlin as a small-time pimp when he got involved in an altercation in his apartment with one of his escort's former employers, whose name was Albrecht Hohler. The argument became heated, Wessel went for his gun, and Hohler shot him in self-defense. Wessel was wounded and taken to the hospital where he died a few days later. The Medical Examiner ruled that Wessel died of blood poisoning contracted from unsanitary surgical procedures.

Hohler had once been active in the German Communist Party (interesting how Communists and Nazis always seem to be well-represented in the criminal class). Wessel had worked for the future Propaganda Minister Joseph Goebbels and Goebbels was never the type to let a good crisis go to waste. Even in 1930, Goebbels---whose media outreach was heavily funded by German Corporate interests---turned Wessel into a martyr. Everybody in the Weimar Republic soon knew who Horst Wessel and Albrecht Hohler were; with outpourings of grief over the 'injustice' of Wessel's 'murder' and demands for Hohler's scalp. Jay Baird, a Weimar historian of the last century, wrote: "These reports, reminiscent of wartime communiques, asserted that Wessel had been struck down in the flower of his youth, the victim of a 'cowardly attack by a pack of murder-crazed degenerate Communist bandits.' In contravention of every moral standard, these 'subhumans,' having failed to kill the innocent Wessel, next undertook to invade the noble precincts of Friedreichshain Hospital and dispatch the noble hero there."

Attendees at Wessels' funeral included Hermann Goering---then the leader of the Nazi Party in the Weimar Congress---and one of the sons of Kaiser Wilhelm; among numerous other German and foreign dignitaries. Hitler spoke at the even bigger ceremony dedicating a monument to Wessel. Public pressure lead to Hohler's indictment for murder; and in consequence of considerable Nazi intimidation of the judge and jury, Hohler was found guilty and sentenced to six years' imprisonment. In 1933, after the Nazis had seized power, Hohler was broken out of jail by a lynch mob and murdered in the streets. Meanwhile, films were made of Wessel's life, plazas, streets, and other public places renamed for him, and a song about him was widely sung.

Is any of this sounding familiar? 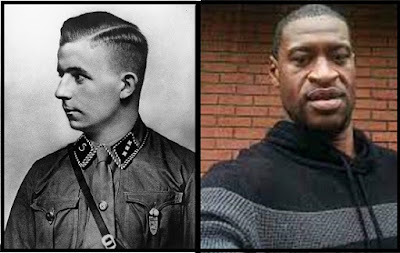 It should. The George Floyd death/Derek Chauvin trial was a replay of what happened in 1930 Berlin---right down to the same tactics. In 1930, the Nazis were preparing to take over the German Government; in 2020, the Corporatists were planning to take over ours; and both sides made a 'martyr' out of the first blockhead they could find who was stupid enough to get himself killed while out committing crimes.

Americans have been mentally softened-up enough to accept miscarriages of justice like yesterday's Chauvin Trial through a long-running series of dumbed-down Courtroom Dramas and sensationalized (and politicized) real-life trials. The Weimar Republic had their share of those too. But republican self-rule had only existed in Germany since 1919; and mass-media and weaponized propaganda techniques were still new technologies. The Germans could argue that they didn't know any better; on the other hand, we should have learned from their mistakes and we don't have that excuse.

So yesterday, many Conservative pundits were denouncing the Chauvin Verdict. As much as I like Tucker Carlson, he sometimes exasperates me when he says things like this: 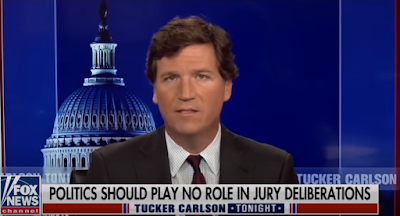 I fully agree that politics should play no role in jury deliberations. But, recall that politics and money have been hijacking our now barely-functioning legal system since the Rodney King Case. That happened in 1991; and every election cycle we heard 'conservatives' vowing to implement Tort Reform, reforms in legal procedures, putting a stop to the media sensationalism, etc. And all of us Conservatives who voted for them are still waiting for them to take any action whatsoever. Pundits like Tucker Carlson really need to go back and review their old news archives, because travesties like the Chauvin Trial aren't a phenomenon that just started in America last year.

The Democrats don't want reform because Media and Trial Lawyer special interests hire them to see that all that free publicity goes on. The Republicans don't (really) want reform because advertising interests hire them to make sure nothing interferes with MSM ratings during these sick proceedings. The short-term profits that all of these opportunists raked in for 30 years have had the long-term effect of bringing us to the point where genuinely evil men with evil intentions can turn thugs into saints; break innocent men and women; intimidate judges and juries; and do all of this more or less at will. 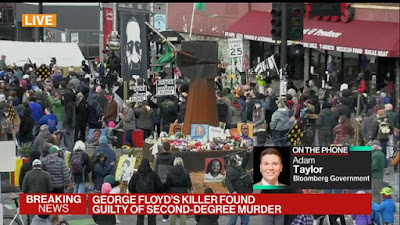 The Chauvin Trial didn't prove that the Judiciary is moving to a point where it is going to be held hostage to special interests. What it proved is that we've already reached that point. When we were still in the process of reaching it, too many Americans were content to look the other way. I can recall during the O.J. Simpson and Jodi Arrias Trials hearing of people putting bets on the outcome. I've seen numerous cases of lesser-known people railroaded by some glory-hungry prosecutor who wanted to make an example of somebody. There have been several others simply manufactured like the Duke LaCrosse Case and the Penn State Football Scandals. Interested parties laughed all the way to the bank; let's see how much laughing they want to do when the Courts end up in the hands of real ideologues governed by mob rule (which they inevitably will). 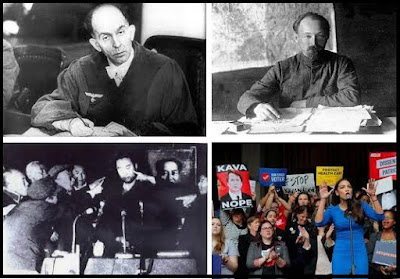 Most Conservatives sadly, are going to go on in denial and tell themselves that  the Chauvin Trial is going to be the last chapter in some disgraceful episode. Of course, none of them are going to think of the suffering plight of Officer Chauvin; just like there was nothing done when Chauvin was prevented by the Tech Oligarchs from raising funds online for his own defense. They are deluding themselves, as usual. Our once-great legal system has been in decline for a long time and we haven't hit bottom yet. The Third Branch of Government is dying. The Whacko Left Wing wants to let it die so that they can 'reform' it with their own crackpots posing as judges. The Junta seems content to keep the system in place and employ political and financial pressure to rig it to an even greater degree. Either way, the outcome is going to be disastrous and the Courts are going to be, from now on, simply public spectacles employed by the Elites either to give the illusion of legality to their plots; or to disgrace perceived enemies of the State.

I'm only going to remark in closing that God---as believed in by any credible religion or philosophy---can't possibly be evaluating America and Americans in general in a very favorable light right now. God is one Judge that no one is going to escape and I think that would be prudent for us as a Society to think very carefully about how our current standards of Justice align with His. 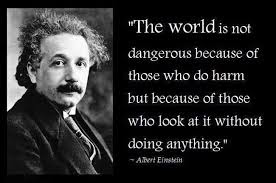