THE SEASON OF OUR DISCONTENTS

Insanity Bytes had a very good post up today  titled The Grievance Industry which touched upon our culture of manufactured hatred. Envy and Wrath---two of the Seven Deadly Sins--are what drives what drives the kind of hatred we see all about us today. In fact, all seven of them together sound like the defining characteristics of the typical postmodern American. The Seven Cardinal Virtues, not so much.

Neo-Marxist ideology, which is basically amoral and atheistic, abuses the term hate. The Corporate Media and the Legal Establishment have convinced the average Ameroboob too that being accused of hating is one of the worst fates imaginable. And it often is. Recently, I saw a story about a Black female security guard who was beaten up by some drugged-out motorist in a parking lot. There was more outrage in the comments because the attacker called the guard a 'nigger' than there was over the actual beating itself. 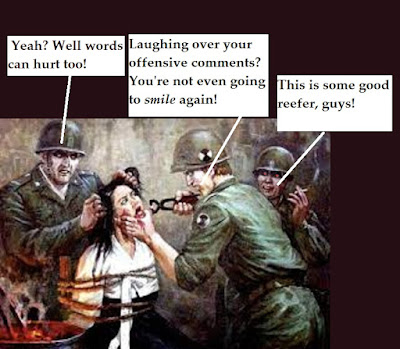 Dictatorships, such the one to which the United States is rapidly on the way to becoming, always promote themselves as victims and encourage unslaked hatred upon perceived enemies. Let's examine what hate really is.

1. Just Hatred: this essentially is a righteous hatred for evil and injustice. IB describes in a poignant paragraph: "I don’t need anybody to tell me the truth about the total depravity of mankind (of which women are an integral part.) My grandmother was shot. I was 14 years old living on the streets of LA. My friend’s pregnant dead body was dumped in an alley by a man who she believe loved her. I’ve seen some stuff." I've seen (and experienced) it too---worse than that if it can be imagined. We are right to hate such things. Hatred of this kind comes from love and empathy for one another and our moral duty is to help set things right.

Now our dysfunctional pop-culture has distorted this feeling into a primitive blood-ritual. Nobody cares about the victims of a real injustice or lifts a finger to help them. Instead, the Media sensationalizes the story and demands that somebody pays for it, i.e., be sacrificed. There's no 'justice' in any of this. If the perpetrator is captured, we get an Infotainment trial that lasts for years. 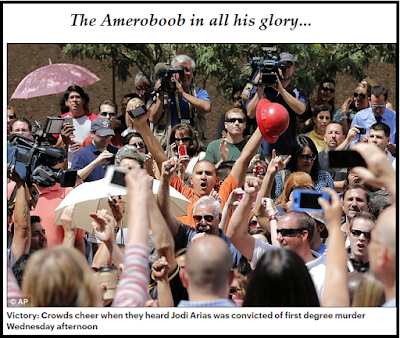 Samuel Little, the worst (known) serial-killer in American history, even boasted about the fact that he was able to get away with what he did for so long was because "I picked victims that I knew nobody would care about." I wonder seriously what the percentage of Americans who know who Samuel Little was is versus the percentage who can name even one of the women he murdered?

In the absence of a live perpetrator, the blood-ritual is transferred to a proxy. A mass-shooting happens, the shooter is dead, the public demands gun control (a human sacrifice of gun owners). Or else the perpetrator had a penchant for say, 'violent video games' or read some conspiracy theorists' blog, or belonged to a fringe religious group---society turns on them demanding 'justice.' That is not justice. The legal system has an obligation to punish the perpetrators of these crimes; society has an obligation to care for the victims. It's not any kind of righteous hatred of evil either. It's a mob mentality that is projecting the evil within itself onto a surrogate.

2. Venal Hatred: It's interesting that the Seven Deadly Sins don't include 'hate', but an unrighteous hatred can grow out of all of them. This is the most common form of hatred that we encounter. Someone who hates another for his opposing beliefs (from the sin of pride); or hates a man because of his successful relationships with women (envy and lust); or because of his success in worldly affairs (envy, sloth, and greed); or hates someone because of a perceived slight (pride and wrath); or generally because someone has their life together and is happy (pride, envy, gluttony, wrath, and sloth)---these forms of hatred are not just because they stem from bad motives.

As imperfect humans liable to sin, we've probably all experienced hatred of these kinds. People under the sway of these delusions are capable of going all the way in this hatred to homicide, or engage in other crimes or self-destructive behavior. This type of hatred, though, is curable. In many cases, the person engaging in the hatred has his mind changed by seeing the good others are capable of.

Our dysfunctional culture has perverted repentance as well; turning it a stupid virtue-signalling charade wherein, instead of defeating evil with good, the good repents and identifies with the evil. 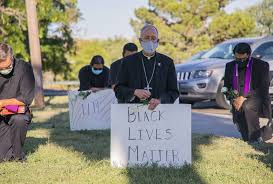 In the Neo-Marxist zeitgeist of modern America, there is supposed to be no distinction between right and wrong: everything is relative. However, in their scheme of things the personal is also political; therefore Political Correctness, or 'wokeness' defines good and bad actions and thoughts. As we've pointed out many times, the Far Left doesn't deny original sin---in fact, they embrace it. What they deny is redemption. The Christian concept of repentance and turning from sin is to the Left a foreign and even dangerous idea. To them humanity is equal---this is, equally depraved. This is why Leftist politics always panders to the lowest common social denominator.

Since nobody becomes better, those who actually are better are justly despised by those who aren't---according to Leftist reasoning. The proper course of action, therefore, is for those who are hated to bow down and apologize to those who hate them. It's rather like a pedestrian getting run over by a speeder over in a crosswalk who then has to apologize and pay for damages to the driver's car; because, after all, we have to acknowledge that we're all guilty of negligent behavior at some point in our lives. All that this kind of idiocy does is enable even more bad behavior by justifying it.

3. Mortal Hatred---is the worst level of all, where hatred has blossomed into full-blown psychosis. Hatred, in these cases, has taken over the mind to the point where any chance of faith or reason breaking through is small. This type of hatred is characterized by its viciousness and those consumed by it want nothing short of utter destruction of their perceived enemies. This is far different from the impulsive types described in #2. A man may kill a rival and once it's done, he feels satisfied. The types of psychopaths described here would wipe out his entire family and destroy his reputation on top of it.

People in power at this level are capable of genocide. Since the Left seized power in November, we've profiled some specimens of this degree of hate. Many of them don't desire the actual death of those they hate---to the atheistic Left death is too merciful. They want to see their perceived enemies disgraced, humiliated, impoverished, and basically brought down to a lifetime of prolonged misery and suffering. It isn't only the rich and powerful who do this either. I've seen many instances of innocent people in ordinary society utterly destroyed by some incarnate devil determined to obliterate them.

It's hard to believe that such fiends exist, but we have to face the reality that they do; and even worse, that reins of power in the U.S. are currently held by a lot of them. They are playing upon the worst elements in human nature and running with them. It's not like it was even a decade ago when grassroots movements like the Tea Party or the Oath Keepers could come together against the powerful Elite. The Elites today have become well-organized and are channeling hatred and division through scientific and psychological methods which they have weaponized. The Grievance Industry is real. The kinds of perception deceptions that IB talks about in her article are carefully manufactured with built-in predictable control mechanisms and fail-safes. The only thing they can't control is the mind: provided one chooses to use it. The Elites do have a fall-back position for that, too, however.

The real oppressors in our society right now are largely within ourselves. When we acknowledge that God---not the State, nor Science, nor Society---is the Only Source of real justice and truth can we throw off the shackles of our illusions. The whole idea of the 'Great Reset' is built on the sand of fostering and fomenting these illusions. Those behind it say that self-government, religion, and the free enterprise system have failed and that it's time to let the Elite take over and micromanage us for own good. To that end, they instigate as much chaos, hypocrisy, and poverty as possible while building up as much anger and resentment as possible by pointing the finger at scapegoats. They say that their 'scientific' political schemes will sweep away all of these difficulties. Seeing all of this for what it really is, and questioning the official 'narratives' is the first step back to freedom. 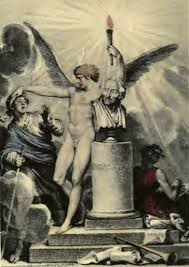