Yahoo News, a fake-news outlet mostly known for its effusive praise for the Gay Mafia and its eagerness to publish any salacious rumor about President Trump whispered in anybody's ears, graced us all this morning with gleeful hand-wringing over hopes that the Trump Family was crashing economically.  I doubt that there's any more truth to the story than anything else published at Yahoo; but the story illustrates a particular viciousness within the Left which has really come out in the open during the last few years: they don't merely want to see us out of power, they want to see their opponents reduced to abject poverty.

During the Leftist purges of Media, Academia, Wall Street, and elsewhere which went on unabated during the post-Reagan years, some of us warned of unofficial blacklists that were circulating on top of people unjustly losing their jobs. Despite seeing these things with our own eyes the reaction among Conservatives was either to write them off as kooky conspiracy theories or shrug them off with indifference. "This is still America! Go create your own job!" pundits rolling in Murdoch's cash would tell us, "Pull yourself up by your bootstraps! This is the land where fortunes come by hard work and dedication!" The lockdowns and the looting of 2020 showed us all how well that strategy worked. It never seemed to occur to these guys that most of the people purged had followed that advice already and ended up on Skid Row for their hard work and dedication. 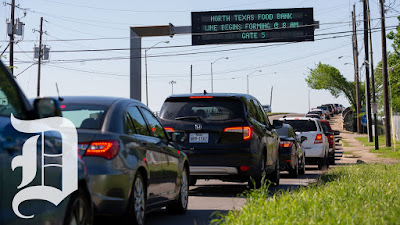 The purpose of blacklisting is to assure that nobody purged for their lack of sufficient devotion to the Marxist ideology can earn a living---much like the Soviets used to exile dissidents to Siberia. Ironically, some of those fake Conservatives who denied blacklisting existed---like the RINOs at Forbes Magazine---a limp-wristed, low-testosterone writer named Randall Lane initiated a blacklist for Trump Administration officials who served as his press secretaries and legal counsels.

"Our national reset starts there!" the little man thundered. "Don’t let the chronic liars cash in on their dishonesty. Press secretaries like Joe Lockhart, Ari Fleischer and Jay Carney, who left the White House with their reputations in various stages of intact, made millions taking their skills — and credibility — to corporate America. Trump’s liars don’t merit that same golden parachute.

"Let it be known to the business world: Hire any of Trump’s fellow fabulists above, and Forbes will assume that everything your company or firm talks about is a lie. We’re going to scrutinize, double-check, investigate with the same skepticism we’d approach a Trump tweet. Want to ensure the world’s biggest business media brand approaches you as a potential funnel of disinformation? Then hire away." 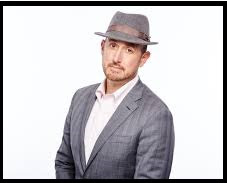 Such is the sad state of American masculinity in 2020s society when a guy who looks like he could be one of Carl the Cuck's two dads gets to boss productive businessmen around; all-the-while salivating with sadistic exuberance at the fantasy of seeing the likes of Kayleigh McEnany reduced to the level of a street prostitute. It's very clear what psychodyamics are at work here. Throughout Lane's school years and beyond, girls like Kayleigh probably would have nothing to do with him because he is an obnoxious little cretin: now it's payback time. Just about everyone in The Great Reset could, in fact, provide volumes of case-studies for future generations of psychiatrists.
But now that the Whacko Left Wing and their RINO camp-followers finally have admitted that keep blacklists and are kind enough to publish them for us, growing businesses and even State and local governments which are disengaging, disconnecting, and disuniting from the incoming Regime have a ready-made employment list of able and competent potential employees. The best that Lane and his brother-cucks at Forbes can do with their blacklists is give these enterprises free advertising.
Make sure if you know of such non-conformist businesses, schools, or local governments that the Trump Administration is going to have a surplus of such excellent employees soon, and where to find them. 😇
Posted by The Night Wind at 11:56 PM