THE LAND OF THE CHEAT AND HOME OF THE POSEUR

The day after assuming office, the nominal Head-of-State (no doubt after fumigating the Oval Office) took to his desk and began signing Executive Orders prepared for him by his Elite overlords. To the delight of the Arabian Monarchies and British shipping monopolies, the Junta stopped America's first real move toward energy independence  since Wall Street started selling off our oil production capacities during the 1970s.

But one other decree incited worldwide laughter and ridicule; causing it to be rather buried by a shamefaced American press. According to RT News:

"Titled 'Preventing and Combating Discrimination on the Basis of Gender Identity or Sexual Orientation', the order allows athletes to compete in high school and college sports in accordance with their gender identity, not biological sex. 'Children should be able to learn without worrying about whether they will be denied access to the restroom, the locker room, or school sports,' it states.

I'm not exactly sure how high-school and collegiate-aged people are classified as 'children' although many are legal minors. Considering, however, that the whole decree denies biology anyway, I suppose it's a moot point. It is quite telling that with all of the mass-hysteria and manufactured crises of the past year, that this was considered important enough to address on Day One of the New Order.

Now the Title IX grifters school administrators of women's athletics are outraged that boys pretending to be girls legally can now hijack the whole system for themselves. We should here remind you athletically-inclined ladies that Donald Trump opposed this policy. But, it was Orange Man Bad, remember?

"Sad day for women’s sports." One feminist jughead opined on Twitter: "Women must compete against biological males at the risk of injury and loss of title, thanks to a new Biden executive order. Don’t ever tell me this is 'pro-woman.' It’s not. It’s destructive and malicious."

A bit ironic considering that for the last few decades, these same Feminists have insisted on lowering standards and putting up Glass Ceilings to take over male space without concerning themselves much over the damage that those policies could do. It's also rather peculiar that the same Feminists expected a Regime which owes its very existence to cheating would play fair. By the same token, I'm not sure why they expected High School and Collegiate Athletic Departments---institutions that are rife with corruption and dirty politics---wouldn't seek to expand their territories.

Let's not pretend that cheating hasn't become a way of life here in the postmodern United States. It's not simply shady athletic departments spouting platitudes about 'commitment to excellence' while wining and dining (and graduating) ignorant hood-rats who couldn't pass a 3rd-Grade reading test and padding their playing schedules with opposing schools that have 1/100th of their athletic budgets. From top to bottom, our Culture is based on a win-at-all-costs mentality which equates Success by Force; as opposed to our traditional definition that Success must earned. Our Culture preaches the latter while looking the other way and actually practicing the former.

To see how that translates from the school to the so-called 'Real World,' just compare the way that American Life currently mirrors the situation in sports. For example, the Pentagon---another institution rife with corruption--- gives us platitudes about 'our brave men and women in uniform' while dumbing-down recruitment standards and destroying defenseless countries which have 1/100th of our Defense Budget. Wall Street---another corrupt institution---gives us platitudes about 'rags-to-riches free enterprise system while maintaining armies of lobbyists and paid politicians to enact unfair laws and tax policies to wipe out their more honest but less cunning competitors. 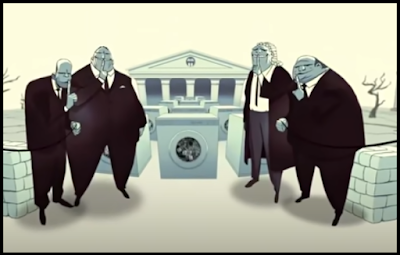 Administrators at high school and collegiate levels preach about 'education as an investment in America's future' and 'upholding the spirit of free academic inquiry' while gouging every last dime possible from the public to stuff their bloated salaries. Every last one of them got his position through nepotism, Machiavellian office politics, and any other means except merit or honest effort. That's the real, unspoken lesson students are supposed to learn: that the road to success in today's America comes from imitating such creatures.

Note that celebrity academics like Dr. Phil, Bill Nye and Neil DeGrasse Tyson are really mental pygmies but widely revered as great geniuses. This is because they learned that the art of self-promotion gets results while actually seeking truth gets one nowhere. Others like Dr. Fauci simply say what they're paid to say and give it an air of authority whether they believe it themselves or not. This attitude is spawned in a culture where research grants are dependent upon gaming a corrupt system. In fact, grant-writing itself is now a big growth industry for unscrupulous writers hoping to grab a piece of that coveted bottom line.

I recall talk-show pundit Dennis Praeger once citing a poll that indicated that more parents of teenagers feared their offspring being expelled from school for smoking cigarettes than cheating on exams. That's where the standards of Ameroboob values really lies. They fear doing something politically incorrect, but if you try to cheat and get caught---that's just another learning experience. Be more careful in the future, or you'll never get ahead. Actual learning doesn't get you anywhere these days; pretending that you know---now that opens the door to success.

Is it any wonder how jokers like Clinton, Bush, Obama, and Biden get elected to represent a nation? They're nothing but the Supreme Frauds in a country where symbolism over substance is considered a personal Code of Conduct. Consider that since yesterday's Executive order, some father's son is going to decide to become his daughter instead, end up dominating NCAA Women's basketball, and that father will consider an achievement to be proud of!

All of this cheating has finally culminated in The Great Reset which is the biggest fraud devised in the last 100 years. Success based upon Force and Fraud is the ethos of the Bully and it's made us weaker, not stronger. Mussolini's Italy was a great historical example of a similar culture. On paper, Italy looked invincible. When put to the test, the country ended up in ruins from which it has never fully recovered. Americans had better start screwing their eyeballs back into their empty skulls and facing Reality for a change because our ongoing cultural complacency and corruption is going to end in disaster. If any Liberals want to snort about that dire prediction, just imagine a few years from now a powerful country like Russia or China deciding to call our bluff, like the Allies called Mussolini's. In fact, let us not forget just how close that actually came to happening under Joseph Biden's old boss. 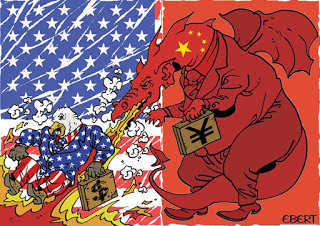 If we're going to survive as a culture---or a nation---we're going to have to start standing up and saying 'no' to the bullies and the poseurs; and above all stop acting like them. If we don't, these foreign powers are going to do it and that is not going to end well for us.