Starting yesterday, and for the rest of the month or so, the Junta is putting on some performances to look like a legal and legitimate transition of power has actually taken place. From Harvard to Hollywood; from Seattle to Savannah---all of that unthinking and irrational national libido that chanted Orange Man Bad for four years at long last feels security and relief. 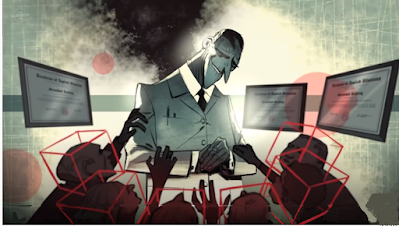 They will for a time, anyway. The only thing these kinds of people hate worse than Trump and his supporters is each other.

Meanwhile, up in the state of Vermont those outspoken pioneers of the Great Reset at Ben & Jerry's have come up with a ice cream new flavor befitting our current state of society. Presenting: 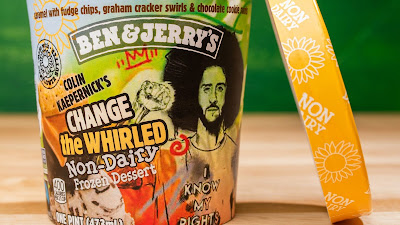 I can't think of anything more fitting for a state that went from producing men like Ethan Allen to producing cretins like Bernie Sanders than consuming a non-dairy (meaning it's full of soy) concoction featuring Colin Kaepernick. One really has to be a dedicated virtue-signaler to get a pint of that swill down and pretending to like it.

Vermont itself is currently headed by a RINO named Phil Scott who runs one of the most repressive lockdown regimes in the country. In a state that was the first independent country to join the United States, here's what life in postmodern Vermont looks like:  "Gov. Phil Scott (R) extended until Jan. 15 tighter coronavirus-related restrictions. Social gatherings between multiple households are prohibited (immediate family members who reside in different households can still get together). Bars are closed. Restaurants can continue to operate at 50 percent capacity but can now only seat one household per table and must close in-person dining by 10 p.m. (takeout and delivery is allowed). Scott put recreational sports on pause and announced that businesses must reinstate teleworking policies as much as possible. Previously, Scott ordered people 2 and older to wear a face covering in public spaces, indoors or outdoors, when physical distancing isn’t possible. Hair salons and barber shops can reopen, but they must take appointments and limit occupancy. Hotels, inns, bed-and-breakfasts and other lodging areas were allowed to resume operations May 22, but all nonessential travelers must follow a self-quarantine mandate. Alternatively, nonessential travelers can quarantine for 7 days followed by a negative COVID-19 test."

Back in Ethan Allen's day, however, it took real men with some respect for real rights to fight for their independence. Kaepernick, on the other hand, is a typical Left-wing bully who feels empowered because other, more powerful, bullies have his back. He himself is a product of NCAA and NFL bullies who've been a blot on society for the last 30-40 or so years. Collegiate and professional sports, led by their win-at-all-costs and anything-for-a-fast-buck owners and administrators have done at least as much damage as Hollywood has in leading American Culture from our traditional values of fair play, honest competition, sportsmanship, the pursuit of excellence into the cesspool of Political Correctness. 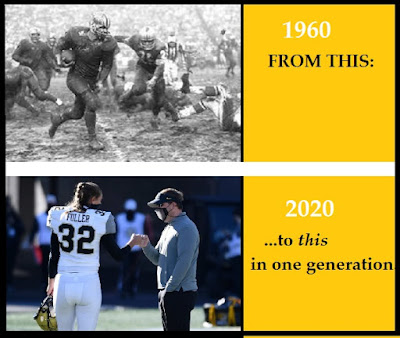 What we're talking about here are masculine values, because these types of team sports taught young men the values that men needed to survive in and drive a common culture. (Women had teams too, but the values were more geared toward feminine development). Men learned to work as a team, deal with pain, work harder to do better, learn from experience, etc. The players were role models for men. It's noteworthy that many NFL teams adopted names relative to the occupation or history of their home cities: i.e. the Cowboys, Steelers, Packers, Oilers, 49ers, Patriots, etc. The cheat, the grifter, the bully, the weakling were despised. Thanks to mass media and big money, however, that group of social failures went on to become Liberals and social influencers. 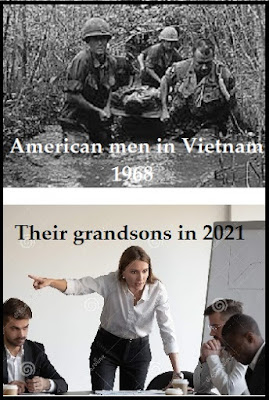 But in spite of what Madison Avenue tells you, Kaepernick and his new Corporate overlords are not working for some fight for freedom based in "joy, love, and justice." Ben & Jerry's has been a wholly-owned subsidiary of the transnational corporate cartel Unilever for 20 years. Unilever is an agribusiness powerhouse based in London with (known) assets of around $80 billion. Ben & Jerry themselves are just spokesmen---like Kaepernick---hired to put a populist face on a product.

Unilever's CEO is a pig named Alan Jope, a native of Scotland and member of the World Economic Forum. Last September, he began contributing to the WEF's Great Reset Dialogue Series.

"We have a unique moment and opportunity to create a collective and ambitious vision for food systems. We should be asking ourselves what is the food supply equivalent of the goals of [the Paris Accord] on climate change. How can this summit become the Agenda 21 for food? Jope said during a CNBC interview, "We really need to bring stakeholders together from across the food system to solve this problem. Too much decision-making is made centrally by the global North and I couldn't agree more that we need farmers, social workers, entrepreneurs, academics. And one important player is the private sector---the private sector helped with the ambitious goals of the Paris Climate Accord, and we're prepared to do our part on food systems. [nota bene] We need a big goal and a collective effort."

If the private sector is so effective, why does it need government power backing its policies? These WEF hypocrites never really mean free enterprise; they mean Crony Capitalism and Fascist 'government-business partnerships.' Some may argue that the WEF is addressing things which need addressing, like agrarian reform and sustainability. It may be so; but we're quite capable of obtaining these things in a free country; and we don't need a dictatorship of non-elected Corporate despots to do them for us. 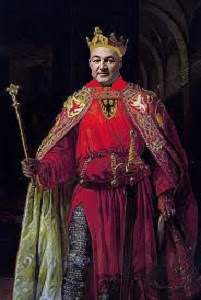 After the Biden 'inauguration', Jope ominously tweeted that "we must build a more equitable and inclusive society. Today Unilever is announcing ambitious commitments to raise living standards across our value chain, create opportunities through inclusivity and prepare people for the future of work." Jope then wrote on the company's website that “The two biggest threats that the world currently faces are climate change and social inequality. The past year has undoubtedly widened the social divide, and decisive and collective action is needed to build a society that helps to improve livelihoods, embraces diversity, nurtures talent and offers opportunities for everyone.”

Does anybody not see now that Kaepernick and his 'racial resistance' gangs---as well as Ben & Jerry---are nothing but pawns of the smug, self-appointed 'Elite' that now comprises our ruling Junta? These people are no more standing for their rights than the British Tories were during the War of Independence. They're a bunch of Paper Tigers who exist only at the good pleasure of their Masters in High Finance. Knowing this also explains why the Corporate Media is painting thugs like Black Lives Matter as noble freedom fighters, while demonizing peaceful Trump supporters as terrorists. Vermonters need to read their own history: the Duke of York did the same thing with different actors.

Jope goes on to quote one of his WEF confederates, noting that  “As disruption to labour markets and education systems continues, the need to double down on reskilling and upskilling initiatives is clear,” says Saadia Zahidi, Managing Director of the World Economic Forum. “Unilever’s latest commitment is precisely the kind of ambitious initiative that’s needed to tackle job displacement and prepare workers for the labour markets of tomorrow.” This doesn't sound especially like they're talking about a Free Enterprise system here. Rather it sounds like they're determined to keep free workers impoverished through the Scam-demic (which of course they created) while re-educating the populace for wage-slavery in the Corporate Oligarchy.

Ben & Jerry like to spout that they're believers in free enterprise. Want to know which of their competitors that Unilever also owns? Breyer's, Fudgsicle, Grom Gelato, Good Humor, Heartbrand, Klondike, Magnum, and Popsicle---among the brands sold in America. They also own the so-called generic brand 'Best Foods'. The Crony Capitalism even extends to Ben & Jerry's supply-chain. In 2019, the company was sued in Federal Court for false advertising after claiming their dairy suppliers were 'free-range' when in reality they were large corporate farms. One of the reasons that the Corporate Oligarchs wanted Trump out of office was because things like this were happening to them far too frequently.

It also shows why they want punks like Colin Kaepernick to become role models for the New American Male. Guys like this will never stand up to them and can always be had for a price. 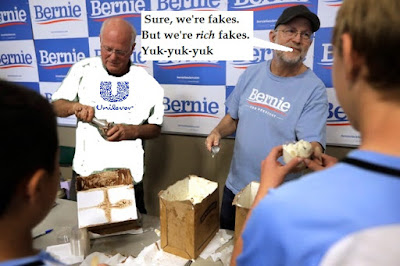