THE PORK BARREL PROJECT OF 2021

Well, there's some good news and some bad news across the news wires this weekend. The good news is that unofficial polls---at least according to Conservative headlines in the news feeds---show that Republicans are gaining ground and pose a significant threat for taking back Congress in 2022. 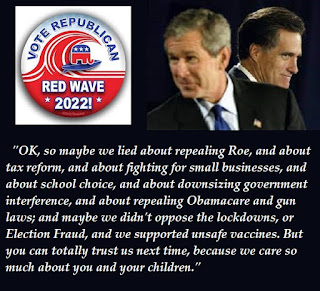 A little levity doesn't hurt; since the bad news is well, pretty bad. Most of us, including the now millions reduced to poverty during the recent Revolution, have noticed heavy inflation in food prices. Some of us have also noticed that certain commodities are either missing or not quite as abundant on grocery shelves as they used to be. This seems to be especially true in the meat departments. It has now been quietly announced that the pork industry is in some serious trouble.

It isn't only a matter of pork; all meat production is badly crippled right now. Shortly before being forced out of office, the Trump Administration produced a final USDA Report on commodities and price inflation for 2020: "The largest price increases were for meat categories: beef and veal prices increased by 9.6 percent, pork prices by 6.3 percent, and poultry prices by 5.6 percent." The Beef Industry was harder hit than most by the Scam-demic perpetrators; we're certain though that the fact that the largest beef producer in America was strongly pro-Trump was just a coincidence and that he wasn't being intentionally targeted by the Insurgents or anything.

Most meat-industry experts are rather naively clinging to the belief that supply and demand is going to stabilize in 2021. If we actually still had a Free Enterprise System operational in the United States, I would tend to agree. However, Crony-Capitalism and the Activist Government they control are working hard to ensure that Americans drastically reduce meat production and consumption. The State of California is deliberately targeting the pork industry and on Friday, our nominal Head-of-State called in a series of Executive Orders aimed at vastly restricting agricultural land use. The Junta's plan is to take 30% of American lands out of private use or control---which would have a devastating effect on industries like beef and sheep farming, where grazing and water access is essential.

This is neither a 'supply-and-demand' nor a 'conservation' issue. These measures are being driven by the Junta's masters in the Financial Elite. 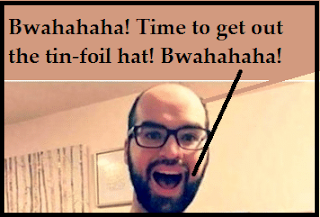 For those inclined to snort at the idea of a 'Great Reset' being orchestrated by international crooks at the World Economic Forum (in spite of the fact that they openly publicize their intentions), we would like to call attention that Biden referred in his plan to the "30 by 30 Program", an idea that the WEF has been pushing for at least three years. And note that beyond 2030, the thugs in Davos want "an additional 20% to be maintained or restored to a natural state and designated as climate stabilization areas."

These WEF clowns are also quite open about their intentions to wipe out meat production. Instead, they are promoting laboratory-invented meat substitutes (which, just coincidentally of course, WEF members have financial interests in developing). 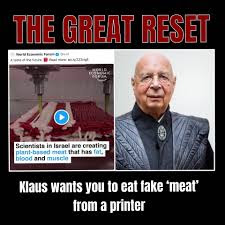 Some skeptics might ask the question why the Agribusiness Cartels---which are another hugely powerful special interest---would go along with this plan since meat accounts for a significant portion of their industry. The answer is simple. Plant-based products, including synthetic meats, are cheaper to produce and require far less overhead. The type of lab-produced synthetic meats that Schwab is promoting currently are expensive, but mass-production would lower the production cost considerably. Of course, it wouldn't be any cheaper in the stores than natural meat, thus the profit-margins for the stakeholder capitalists would rise while the consumer sees no benefit.

Currently, meat substitutes are available from more or less natural sources as well, but there is little demand for those, and high demand for natural meat. The Crony-Capitalist solution is an easy one: simply eliminate the supply of one commodity and the demand problem is solved. If you want real meat in the future, you'll have to get your shotgun and provide your own---assuming that the Oligarchs still allow us to own guns and permit humans to enter 'green spaces'. Just like the good days in the Middle Ages when poachers got hung for killing the King's deer.

All of this propaganda is being sold to fools and NPCs under the pretense of protecting the environment. It's been done before. Recall how easily Angloboobs fell for anti-tobacco propaganda and rolled over for sugar taxes, and contrived price inflation for coffee. They bought into the propaganda that alcoholic beverages like beer isn't a foodstuff and must be heavily taxed and regulated. The Elites have been calling for, and in some localities implemented, taxes, surcharges, and bans on trans-fats. The Obama Administration seriously considered once a 20% federal tax on whatever products they (and the vested interests) determined were 'junk foods.' Angloboobs have been accepting artificial inflation in other necessities like gasoline prices ever since the staged OPEC Oil Embargo in 1973, and the obscene cost of housing. It's not at all a difficult matter to rip off anyone in the English-speaking world. In fact, in the U.S. at least, just convince them it's for the good of everybody and people part with dollars voluntarily. It's the same tactic that street bums have employed successfully for years. 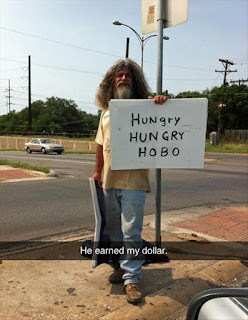 In the case of street bums, they ask for money for food and shelter, then typically run to the nearest drug pusher once they're paid off. Later that night, they'll thank you by dropping by your house and stealing your lawn mower to pawn it and buy more drugs. In the case of the Elites, they want your tax money to 'improve the world' then riot in the spoils and thank you by taking your Liberty. In reality, both types are bums and social parasites. The only difference is that the street bum wants the Free Lunch while the Elites want the $500-a-Plate Exclusive.

It's quite a change from the Trump Administration, when a series of foreign trade deals and domestic deregulation of farmlands were causing a huge expansion in the agricultural sector, including price deflation and more consumer choice. But it was Orange Man Bad and now we can expect a 'New Normal' of food shortages, price inflation, and bureaucrats deciding what we should eat.