THE MAN BEHIND THE MASK

In our last article, we learned that American Public Schools are not content with poisoning children's minds and souls; they are poisoning their bodies as well. As expected too, the silence in the Controlled Opposition 'Conservative' media has been noticeable as well. The American Right has its Third-Rail Topics too. With an election allegedly coming up next month and fantasies of a 'Red Wave' dancing in their heads, it's probably not considered politically expedient to call out American families for being the collection of deadbeats and failures that most of them actually are. It's much easier to blame Government when one is even a token opposition party.

A comment I left on a related article recently took a slightly different view of the situation. It was ignored and very likely shadowbanned.

"I stopped feeling sorry for American parents after they demanded---over Democrat objections no less---to send their kids straight back to public school hell-holes in 2020. How long have we known that there's sex-trafficking in the juvenile justice system? (since the 80s at least) How long have we known that so-called child welfare is hopelessly corrupt and unaccountable? Or that the public schools and universities were being radicalized? (Since at least the 90s on both). The Homo Agenda has been pushed on the young for the last two decades.

"What have Conservatives done about it? Nothing. Nothing but look the other way and preaching to their kids to 'go-along-to-get-along' and 'go-with-the-flow'. Polls in 2022 show that these issues don't even crack the top ten with 'Conservative' voters."

If that didn't sting badly enough, the next paragraphs really must have smarted:

"Census figures also show that only about half of kids under 12 live with both biological parents and at least 1 in 4 women have had an abortion. Sure: I'll bet that all of those numbers are Liberal Democrats. Only 12 States have banned abortion since (after 50 years of inactivity) SCOTUS finally overturned Roe v. Wade.

"Conservative apathy and hypocrisy are as responsible for situations like these as Democrat activism. Until we start facing the FACT that we're a failed society on top of being a failed democracy, nothing is going to change--in fact it will get worse, Red Wave or no Red Wave."

Harsh? Maybe so, but it needs to be said. Frankly, I defy any Conservative to challenge any of what was said.

Prior to 2020, I was active in many educational reform programs. Some long-forgotten projects like School Vouchers and Charter Schools actually made ballots with varying success. There were other plans floated like mandatory performance audits of school budgets, capping useless academic bureaucracies, breaking up monopolies like teachers' unions, etc. More recently, I became impressed with some of the successful reforms in Russia such as extending their equivalent of AFDC to all women with children which encouraged stay-at-home mothering; and their expulsion of sinister foreign-owned NGOs from their schools and universities.

The school lockdowns of 2020---completely illegal as they were---was the ideal moment to demand change and expand parental rights and control over education. But it didn't happen. In fact, the opposite happened; and it was the so-called 'Conservatives' who led the opposition.

It's like a retired doctor friend of mine said recently: "2020 was the year that the masks went on our faces, but the masks came off our souls." 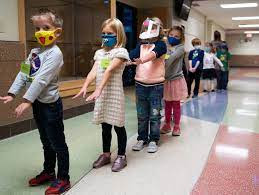 The Left opposed reopening---admittedly for all the wrong reasons. They maintained that because of the so-called 'pandemic' it wouldn't be safe to reopen schools: apparently the rampant violence, drugs, bullying, unsafe food, and gaslighting wasn't considered by the Left as especially dangerous before. But in spite of that, the Liberals finally agreed---with major conditions attached like mandatory masks, loyalty vaxxes, social distancing and whatever other sadistic humiliations that their lurid imaginations could devise to inflict on defenseless children. And 'Conservatives' wholeheartedly went for it.

For a lot of us Conservatives, 2020 broke a lot of our illusions. Most of us knew that there was an active Deep State and vested interests working against our liberties. And it's not as though there weren't false flags and attempted coups within recent memory. Most of us believed that Trump's win and global events like BREXIT marked a turning-point. If the Deep State tried anything then: they'd meet with resistance and people were moving through the Constitutional System to reclaim their Rights.

This was part of the premise in supporting School Choice on my own part. A lot of us activists truly believed that American parents wanted it; and that it was really only a matter giving them the tools to do it, along with removing Government obstructionism and Corporate hijacking. But as many other issues that surfaced in 2020, we'd realized that we'd been lied to.

American parents like to live under the illusion that our society---and themselves in particular---care more about the welfare of children than any other society on earth. Nothing could be further than the truth. Our treatment of children and legal minors is a national disgrace and in fact, both at the familial and social levels we're nearly at the bottom of most developed countries.

It's hardly necessary to go over the statistics again. We can see with our own eyes the physical and psychological wreckage that both our homes and society has produced. Even our levels of infant morality and congenital birth-defects has skyrocketed during the last three decades. Look at the very numbers of persons under 18 suffering from chronic obesity, addicted to both prescription and illegal mind-altering drugs, rampant gender dysphoria and other neuroses, massive declines in literacy and knowledge of general facts---I simply can't believe seriously that parents didn't see any of this coming. We still don't know the long-term effects of the Loyalty Vaxx. And what's worse: the recent trend among 'Conservative' families has been to pretend that they didn't realize that it was going on at all. 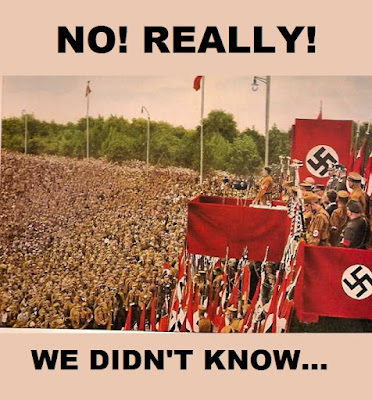 When an American child is first conceived, the mother has decisions to make: whether it's 'wanted' or whether it should be disposed of and its tissue sold for hideous medical experiments. Then there's the issue of whether or not the father should be in the picture or not: he's obligated to pay for raising the kid, at least.

If an infant is lucky enough to get over the first hurdle and his parents hadn't done enough drugs to impair his health, he gets dumped in a daycare center while the sperm & egg donors carry on as before. At home he gets planted in front of a TV to have perverse children's shows drilled into his head. Then comes the degradation and regimentation of public school where he learns to question his instincts and to obey authority, They're given no spiritual or moral guidance other than Might Makes Right and the number of suicides and nervous breakdowns between the ages of 7-12 have been going up for several years: if he survives that, he learns that such things are only part of the weeding-out process. Merit has nothing to do with success: in fact it's a sign of some shadowy evil known vaguely as 'privilege.'

The teen years are likewise devoid of any moral or vocational guidance, and even though Nature is taking its course and they are actually young adults, parents and schools and media influence do their utmost to fight maturity and keep them at childhood levels of dependence. Teenagers whose nature rebels against any of this are either fed with dope until they conform or are turned over to the tender mercies of Child Protective agencies. Most who end up that route never recover from it and end up criminals, junkies, or suicides despite their previous potential as useful citizens.

A kid who makes it to this level learns that going along to get along is the wisest (and safest) course of action. A few who are intelligent and amoral enough to understand what it is being done to them get groomed for elite colleges or special training to become leaders in social order. The parents of either group are delighted that their offspring has showed its superiority to the common herd, although that 'magic age' of 18 presents a problem when the young one is booted out of the home to sink or swim on his own. The chosen group however is well taken care of, with a knowing wink and nod.

I wonder at this point if any Conservative family-values types are going to say that the above description doesn't fit at least half of the children and minors in his own neighborhood. 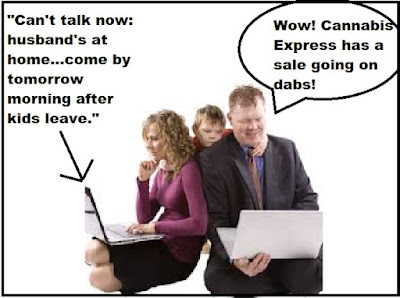 This is (one) reason why I don't believe there's going to be any 'Conservative Comeback' either this year or 2024. Conservatives political leaders can't hold a position on these---and many other---issues without indicting themselves. All that they can do is talk tough and grandstand and make proposals that usually more draconian than what the Left wants to do. I recently heard some GOP nitwit propose that parents who take their children to 'Pride Events' should be investigated by CPS. Great idea: just turn the Secret Police on a different target. Maybe better still: outsource CPS enforcement to thuggish mercenaries like Blackwater or Wackenhut---hey, that's the free market solution!

A real Conservative would ban public homo demonstrations and crack down on rogue agencies like CPS, but then they'd have to explain why these abuses have been ignored for so long. Simply re-orienting a corrupt system and changing the personnel would also mean that parents were still absolved from responsibility. Forcing parents to accept the homo agenda being pushed on their kids or jailing parents who teach their kids acceptance of it are equally acts of State oppression in an area where the State has no business being.

But to the majority of Americans---Left or Right---there's really little use trying to explain any of this. The minority who get it; the few who are really trying to raise families already are doing what needs to be done. Their best course of action is to network with other like-minded families because mutual support is badly needed now. 2020 showed a lot of us who the phonies really were; and we should beware of fake Conservatives lamenting the current crisis but who offer no alternative. 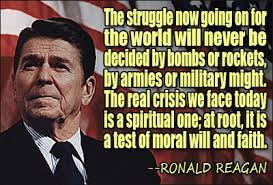