In case one only listens to the Corporate-controlled media and their controlled opposition in the so-called 'Conservative' press, it's been nothing but 24/7 Russia-bashing with our 'Baghdad Bobs' assuring us that Russia is losing the war! With a small Expeditionary Force, Russia has wiped out most of Ukraine's military infrastructure. The squalid Zelensky Regime is only propped up by foreign hardware and mercenaries---money which could have been spent on American infrastructure---but NPCs still want to pretend that our own nation has no problems needing to be addressed.

This week, referenda were held across the liberated sectors of Ukraine and in the newly-independent Donbass Republics, which overwhelmingly voted to join Russia as new states. The leadership of the exceptional US went green with envy and in a jealous rage tried unsuccessfully to ram through a UN condemnation of the annexation. After all, the US hasn't admitted a new state in nearly 65 years---in fact we've lost territory since the 1970s. Russia, meanwhile, has admitted seven new states since the 1990s with others eager to join.

The annexation means now that these new states are part of Russia, and explains the real reason why President Putin recently activated reserve forces. An attack on these areas now constitutes an attack on Russia. Zelensky desperately begged for immediate inclusion into NATO, but the Biden-Harris Junta slinked away, knowing that Putin has check-mated their territorial ambitions and that, whatever their criminal interests in Ukraine are, World War III is not on the table. It was a brilliant move by Russia; reminiscent of China's closing of the South China Sea which backed down Obama in 2016.

In their frustration, the Oligarchs and their media parrots actually accused Russia of stealing the elections: if that isn't some of the worst psychological projection and hypocrisy I don't know what is. 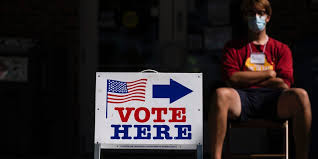 The so-called 'military experts' who've been predicting Russian defeat since February have no real understanding of military strategy. Pentagon Pride Month, Critical Race Theory, and getting inside deals for the Military-Industrial Complex: that they understand. Their idea of strategy is simply bombing some nation with a military smaller than most of our National Guard units into submission---blasting everything to pieces and gunning down anything that moves---finishing up with thuggish contractors who plunder the resources, enslave the populations to supranational cartels as 'war debt,' and get the Ameroboobs to cheer it all on like a bunch of frat boys at a college homecoming game.

In modern military strategy, if one actually intends to liberate a people (like Russia actually does and we pretend to do), one tries to avoid destroying infrastructure and mounting civilian casualties. This why Russian progress has been 'slow' (but effective). We saw this happen in Iraq when the Iraqi Government refused Obama's 'help' in fighting ISIS. Iraqi cities were liberated were reopened in short order with no Beltway strings attached. The same thing happened in Syria: Aleppo was liberated in the summer and by Christmas the city was celebrating the holidays again.

The actual purpose of the 'Ukraine Crisis' from the Western Regime's standpoint was to isolate Russia, and force the EU countries to buy US and Canadian products at inflated prices. The Deep State's sabotage of the Nord Stream pipeline was intended to do exactly that. The second reason is that the so-called 'Russia Threat' provided an excuse to station more US and Canadian troops in Europe to help their puppet-governments control the population---which has been protesting Great Reset policies. And the third reason is to cause price inflation, poverty, and unemployment throughout Europe to punish the populations for said protests. 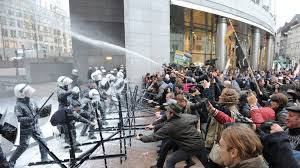 In America, the 'Russian Threat' also provides a useful distraction to an unthinking population, The Left hates Russia for not being 'woke'; the fake Right uses Russia as a foil to complain about 'weakness' in Foreign Policy; and the Corporate Overlords who control both parties hate Russia because Russia won't submit to them. And the Ameroboobs forget about our failed democracy, our contracting economy, rampant crime and drug problems, etc.

What exactly is this 'Russian Threat?' We're threatened by a country where the Government encourages raising families and going to church. A country that actually enforces laws, keeps the Gay Mafia, religious cults, and organized crime off the streets. A government that doesn't continually lie to the people and is actually respected by a majority of the citizens. A government that enforces drug laws and helps addicts get treatment. A country without corporate looters sucking the life blood out of essential industries. A country with schools that actually educate people and medical facilities that actually cure the sick. A country with a functioning infrastructure, where dams and bridges don't routinely collapse and transportation is actually reliable.

That is what we're afraid of? In a way, yes. Americans hate Russia because Russia's very existence is a constant reminder of our own failure to uphold the values of Western Civilization. Russia's strength and popularity is a reflection of our weakness and the contemptible sham of 'American Exceptionalism.' Putin understands this better than most Americans do; and has stated that Russia will "follow its own path", rather some 'New World Order' dreamed up international oligarchs.

The major turning-point for the NWO scum is now going to have to focus on Europe. Russia's successes and the Great Reset crowd's failures are becoming too obvious and apparent to ignore in Europe. To these NWO types, countries and populations are expendable and much will depend upon how well they can keep Europe under their thumb. My own opinion all along is that they intend to throw the EU and NATO under the bus and reorganize the Anglosphere nations as their foundation for their New Order. Cost-Benefit Analysis are the only terms in which the Fourth Industrial Revolution is premised: Europe is resource-poor and densely populated, hence the Oligarchy likely see the continent as a net loss.

Russia, however, offers hope of a revitalized Europe. Russia currently is the only superpower standing tall for Western values of freedom and civilization. European peoples are beginning to awaken to this fact, and like the new Russian states are joining hands with Moscow in the defense of Liberty against neoliberal and neocon Tyranny. 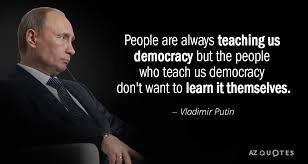