Now that the matriarch of Britain's Windsor-Mountbatten crime family has finally been planted in the ground, the media jackals are busily ferreting out their next public distraction. So busy were they in fact, they missed a few stories of King Chuck getting acquainted with his royal subjects. 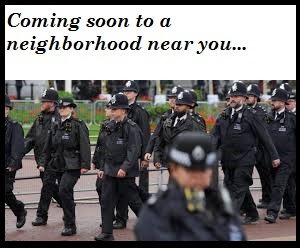 His Highness is apparently making it very clear that the neo-Feudalism espoused by himself and his friends at the World Economic Forum isn't simply political rhetoric. 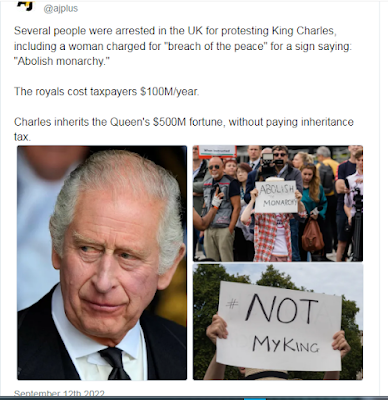 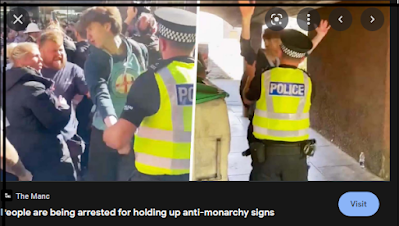 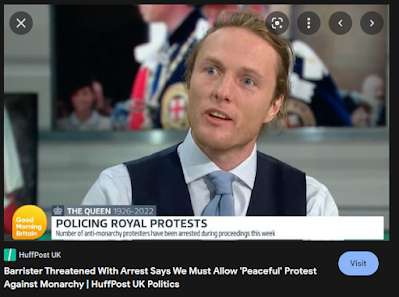 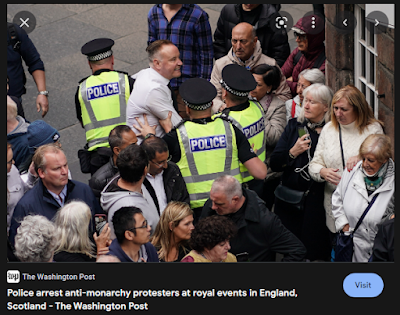 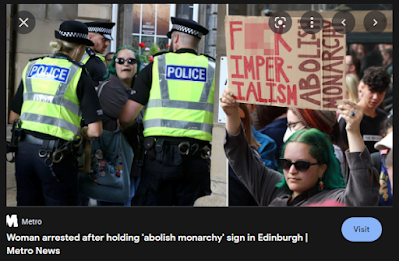 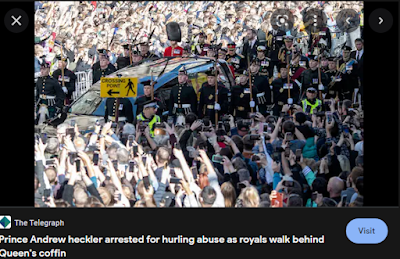 Well, I suppose that a man who's capable of murdering his wife is capable of about anything. It is rather an interesting coincidence too that the Queen Mum chose to expire just as a documentary on Lady Diana Spencer was about to be released on the 25th Anniversary of her death. (For those Millennials and Zoomers reading, Diana was killed in a highly suspicious car crash in 1997). Polls in the UK show that between 1/3 and 2/5 of Britons have serious doubts about the Official Narrative. The last investigative documentary on Diana's death was filmed in 2011 and funded by the family of Dodi Fayed, was also killed in the crash. No major network in the UK or US ever broadcast it. At least there's plenty of tradition there for Neocons to admire too: Henry VIII was the most notorious (known) British monarch for killing wives and suppressing dissent. Charles has a way to go to match Henry's record on wives, but is well on the way to surpassing him in handling critics of the Crown. His ancestor, George III also set a fairly high bar in that regard.
While on the subject of the Great Reset, the accession of King Charles to the throne now makes three of the top five English-speaking nations headed by WEF members (UK, Canada, and New Zealand). The other two, Australia and America, are not exactly sparsely populated with disciples of Klaus Schwab in powerful positions. That's not even counting members who are presidents of France, Poland, and the Netherlands; or the Royal families of Saudi Arabia, Qatar, Kuwait, the UAE, and Bahrain.
“We've so degraded natural systems, eco-systems, biodiversity, that it's becoming increasingly impossible for nature to sustain us...At the moment it's all take, take. Now we've reached the situation where we really need four planets like earth to survive or provide enough for everybody....So what do we do?" Charles asked at the 2020 WEF Conference. Anybody want to guess his answer?
"Without doubt we must now put ourselves on a war-like footing, approaching our action from the perspective of a military-style campaign. That way, working together we can combat this most grave and urgent challenge. If we have the resolve to shift our trajectory we must start now, by bringing forward our net zero target.” And we'll let the reader use his imagination as to what he hopes to zero out. Keep in mind that Charles' father Prince Phillip once complained to the Corporate Media that a successful anti-malaria program in Ceylon had been responsible for a population increase on that island. In fact, Philip and his ex-Nazi cohort Prince Bernhard of the Netherlands founded the World Wildlife Fund, which has become largely a front for WEF-connected NGOs to carry out their evil schemes upon defenseless third-world populations.
Charles himself heads a fake philanthropy called The Princes Charities which has 18 subdivisions operating in the UK, Canada, Australia, New Zealand, and the US. One of the main contributors is billionaire cult leader Aga Khan, who is also deeply connected to the Trudeau Family and considered a "spiritual mentor" by Tiananmen Trudeau himself. Aga Khan is an honorary Canadian citizen, holds the honorary Key to the City of Ottawa, and the title of Honorary Companion of the Order of Canada. He also holds ten honorary doctoral degrees from Canadian Universities. His cult of 20 million Ismaili Muslims donate money to him as their leader, or 'bringer of light'. As leader, he is considered infallible and immune from sin. As one might expect, Charles' network is a labyrinth of corporate crooks, deep-state operatives, and Great Reset fanatics.
The British people learned that BREXIT was not enough; there are other foreign political and economic overlords hovering over London as well. It's time for BREXIT II: abolish the monarchy and the oligarchy along with it. Support for those things are growing: let's give them all of the support that we can.