NONE DARE CALL IT CENSORSHIP

The Whacko Left Wing has been celebrating this week over the success of their pressure-tactics against website Kiwi Farms. Kiwi Farms has been around for awhile, it was basically a site similar to Reddit although geared to (mostly humorous) discussions of public figures and causes. The Left characterized Kiwi Farms as a 'Right-Wing Hate Site' even though Alt-Right figures like Marjorie Taylor-Greene, Vox Day and Owen Benjamin  frequently unleashed their wrath at Kiwi Farms threads and called for Cancel Culture to be invoked on their own.

Kiwi Farms also had threads calling out nutcases on the Left which naturally drew down the ire of the Gay Mafia, whom for obvious reasons dislike having their activities exposed. In the Postmodern West, being accused of homophobia is an unforgivable social crime---no one apparently stopping to think that the term is a meaningless neologism and not even close to a legal term. The Whacko Left pressured Cloudfare---which has a de facto monopoly on website security systems---to remove Kiwi Farms, effectively taking it offline since no search engine supports a website without that system in place. Not surprisingly, the pressure-group behind this was based in Canada.

The NPCs were out in full force celebrating the news. Whereas in our grandparents time, people reacted to speech they objected to simply by turning a page or inserting a pair of ear-plugs; our enlightened era doesn't think it's accomplished anything unless they've prevented everyone else from hearing it. It's rather like the dystopian novel Brave New World where if anyone felt unhappy, that became all of society's problem. Interestingly enough, it's also characteristic behavior of prepubescent girls who, notoriously, when they're mad at someone want everyone else to be mad at them too.

Cancel Culture---like most of postmodernism---relates to that kind of childish immaturity more than we might want to believe. The whole utopia envisioned by the Great Reset's architects are essentially about returning humanity back to the state of childhood. The masses will be given a room, their surrogate parents overlords will provide them with appropriate food and clothing, monitor their whereabouts, take them to the doctor when sick, etc. Of course there will also be discipline for the few naughty ones  dissidents who don't obey Big Brother  society's norms, but that aspect of the programme is rarely mentioned. 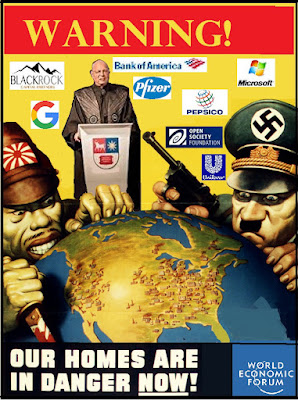 When platforms and persons get cancelled, there is widespread criticism of Corporate censorship. This is, however, a misnomer and it detracts from the roots of the real issue. Only Government can commit actual censorship. Private Corporations are legally free to set any terms they choose for whatever content they decide to host: and this is how it should be if we want to Property Rights.

The problem is though that we have allowed Corporations like Cloudfare to grow so large and so powerful that they de facto have the power of a government with none of its responsibilities. For example, consider the case with Youtube a subsidiary of Google which is itself a subsidiary of Alphabet, Inc. Youtube has been on a recent spate of highly selective content-removal. Youtube's CEO is Susan Wojcicki, who is not only deeply connected with the Great Reset, her brother-in-law was one of the co-founders of Google and top shareholder in Alphabet; which itself is a Top 100 Strategic Partner at the WEF. WEF 'partner' banks hold about 13% of Alphabet stock combined. Now it may be pointed out that there are smaller platforms for video-sharing available: it may be so, but Google currently holds 91% of search-engine capacity. That is not likely to change either there are literally hundreds of revolving-door personnel between Google and the US Government. Alphabet currently has 79 Beltway lobbyists---61 of whom are also revolving-door former federal bureaucrats.

The case with Youtube could be repeated across the board with any major platform with only minor variations. Whenever we run into economies driven by massive combines and cartels that hold overwhelming majorities of market-shares, we no longer have a Free Market and are really no better off than countries which have State-controlled Media.

Younger readers who don't remember the days before there was an Internet need to understand that mass-communication then (print media, radio, and television) had the same problems. There was no shortage of outlets promoting crackpot conspiracy theories, sordid rumors and gossip, and promoting what is called today 'hate speech.' 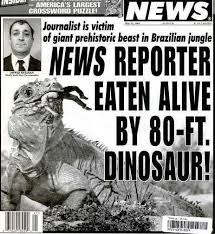 We didn't resort to censorship or Cancel Culture back then because there were multiple platforms available, and publications and broadcasts which were odious were generally ignored or at least marginalized and laughed at. What changed with the Internet was that most of the platforms came together under single web-hosts. It also didn't help matters when the Clinton Administration---aided and abetted by Neocon Corporate toadies in Congress---stripped away laws prohibiting concentrated power in media.

From a political and economic perspective, the answer to our growing problems surrounding free speech is not to extend such powers: what we actually need is more consumer/creator choice in platforms. To draw an analogy: before there was Cable TV, NBC, CBS, ABC were about the only American television networks in existence. However, there were laws limiting how many television stations they could directly own and limits to how much marketshare they could have in specific geographic areas (radio and newspapers had similar limitations). Most stations were independent and could run syndicated and independent programming (this was the precursor to Cable TV). There were also limitations against interlocking Corporate Boards of Directors and stock-ownership. For example, no one could sit on both the Boards of CBS and ABC; and no one could own stock in multiple media venues. We lost those kinds of regulations in the 1990s; and we only have an illusion of choice in today's digital media because, despite having unlimited choices in platforms the platforms are all run by the same people.

This situation not only gives the Corporate Oligarchs undue power; it paradoxically empowers the fringe-groups who want to control Free Speech. To draw another analogy with the past, consider the difficulty of an interest group's ability to silence 20,000 independent radio stations as opposed to influencing one Internet Provider. Likewise if there were 20 security-systems to choose from and 30 different search-engine companies---all with roughly equal market-share and independent of Crony Capitalist influence---there wouldn't be any controversy about Internet 'censorship;' and these proponents of Cancel Culture would be only a bunch of harmless cranks instead of an outright social menace.

Of course, solutions like these would never suit the interests of the Crony Capitalist cabal which actually controls both our economic and social policies. It is in their interest to keep Cancel Culture going strong because it keeps the population divided, provides a plausible excuse for silencing sites that are obnoxious to their interests, and terrorizes the population into conformity. Monopoly control over mediums of expression allows the Oligarchy to manufacture a 'narrative' and pretend that it is a consensus. Going against that consensus could result in being cancelled.

In other words, creating both a uniform social consensus and a corresponding climate of fear means for the individual that his identity is defined by social acceptance and that acceptance is actually being manufactured. It creates an illusion of freedom where none actually exists because silencing dissent becomes in itself a liberating act: it 'frees' people from 'threats' to their freedom. As an example of how this perverse logic operates, consider what a troon writer for corporate-controlled Slate Magazine had to say:

"As this effort has gone on, Kiwi Farms and its defenders have tried to wrap themselves in the cloak of speech, painting opponents as attempting to suppress free expression. That gets it exactly backward: All those who genuinely love free speech should rejoice at Cloudflare finally dropping the site, thereby making it far harder for the forum to remain accessible on the web. If the larger effort to drive Kiwi Farms off the internet succeeds, survivors of the harassment campaigns, long silenced by fear, may at last be able to re-enter the public sphere and use their voices freely."

What this character doesn't realize is that that is the very same argument that his opponents could easily use for suppressing magazines like Slate which they consider hostile to their views. Predictably, throughout the Slate article all of the arguments are predicated on the fake news that Kiwi Farms was a 'hate site' (whatever that means) that was inciting violence. The very fact that every Corporate Media outlet which has bothered to cover the Kiwi Farms story uses almost exactly the same talking-points ought to tell us that the campaign was hardly a grass-roots effort organized by some hysterical, gender-dysphoric Internet 'influencer'. More likely this person was a prop; and the fact that Cloudfare rather dramatically caved in less than a week after initially refusing demands to deplatform Kiwi Farms (and that none of their competitors will touch KF despite its heavy traffic) is a fairly strong indication that the pressure Cloudfare really got came from a much higher source. A good bet about that source would be to look at Cloudfare's top shareholders:

Additionally the Top 10 Cloudfare shareholders have a combined total of 91 Beltway lobbyists; 63 of whom are revolving-door former federal officials. In this day and age though it would be considered radical to imagine that that degree of power and influence had anything whatsoever to do with Cloudfare's decision. In case anybody is wondering, the Federal Communications Commission has been headed by either a former lawyer or a former lobbyist for Big Tech/Big Media since 1993.

The future of Free Speech at this point is not looking especially promising; we still are awaiting some court decisions relating to the upcoming show-trial for Julian Assange which is very likely to make a bad situation even worse. Sadly, there is very little---if any---real impetus among Conservatives to do much to defend Free Speech. Just about all of the commentary coming out of most punditry on the Right is  hoping for some 'Red Wave' to come along and play Cancel Culture with the Left. That isn't going to help anything even if it does happen.

Earlier American dead White males jurists and political philosophers taught that the best way to combat bad speech was in the Marketplace of Ideas. That's still true, but we'll need a free market again before that can happen. 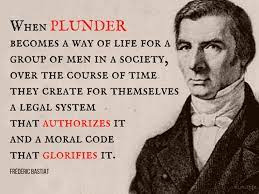