A SPECTRE IS STALKING THE POSTMODERN RIGHT

There has been a genuinely disturbing trend across the Conservative punditocracy, blogs, and vlogs cropping up recently. True, there's been a (deserved) backlash against appeasing, flexible RINOs. However, this reaction is taking a decidedly dark turn. We are not seeing a return to foundational Conservative principles based upon the Rights of Man, endowed by his Creator; nor is a Reaganite/Buckley resurgence of faith, family, and freedom. In fact, it's not even in the Make America Great Again action-plans of Trumpism.

Rather, what we seem to be witnessing is an unholy fusion of amoral 2000s Neoconservatism and 2010s Alt-Right/Red Pill relativism. Might Makes Right replaces the Rule of Law; Controlling the Narrative is fast replacing the pursuit of Truth; the pursuit of wealth and power supplanting any religious ideals. Like the Red Pills before it, there is a distinct absence in this new strain of so-called Conservatism a marked absence of joy, hope, tolerance, or mercy. This new road is not one that we want to go down.

The tendency that we're describing was manifested clearly this week. A so-called 'Conservative' governor made headlines by lying to fifty Venezuelan refugees, packing them on a jet, and dumping them on street in Martha's Vineyard, Massachusetts. This repugnant display not only met with applause from the Right, it was met with peals of laughter as well. With appalling cynicism, Governor DeSantis claimed that the refugees would be "better taken care of in wealthy neighborhoods where they were wanted"---as if there were no private agencies in Florida willing to do it---and Victor Davis Hanson joined the chorus of sneers, calling it "a teachable moment for the pro-immigrant Liberals." The New Alt-Right has been making hay out of the residents of Martha's Vineyard moving the refugees away---they've been chortling that "these compassionate Liberals can't even handle 50 refugees!" Their critics, though, certainly must be aware that Martha's Vineyard is a town of 15,000 and even the Dukes County Jail has a maximum capacity of only 40 people.

Aside from the obvious immorality and inhumanity of using vulnerable human beings as props in a political publicity stunt, it's highly questionable whether what DeSantis and these other RINO governors are doing is even legal. For one thing, States have no constitutional authority over immigration; and the law makes it very clear that immigrants are to be processed at their Point of Entry. Shipping undocumented immigrants to a so-called 'sanctuary' without permission from ICE comes very close to Obstruction of Justice; and the fact that it is interstate puts it fairly close to Human Trafficking. There is also this minor detail about being deprived of Due Process. So much for the GOP being the Law and Order Party.

The condescending contempt for civilized behavior bears the unmistakable imprint of Red Pill influence on this new breed of Conservative. There is the same basic policy of co-opting the practices and attitudes of the Left, "beating them at their own game" as opposed to offering sane solutions. In the passive-aggressive mentality of the postmodern American Right, beating them at their own game is the aggressive pole of the passive go along to get along. Both are essentially symptoms of sociopolitical weakness---not strength---because they are premised on the belief that the means of the Left have succeeded while the principles Conservatives are supposed to uphold are failures; or hold no value in the real world. 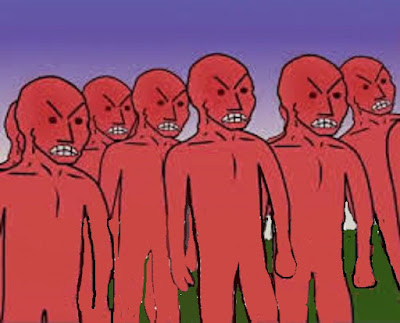 Ron DeSantis has become the archetype of this new, tough and realistic Conservative. DeSantis first gained national notoriety as one of the most thuggish lockdown tyrants who actively participated in and promoted the fraud. He suddenly reversed course on the advice of his mentor Jeb Bush, who saw in DeSantis a potential alternative to Trump, whose populist appeal the Bush Machine openly despises.

With considerable promotion from the Controlled Opposition Conservative Media Establishment, DeSantis rebranded himself as some bastion of resistance to the Biden/Harris Junta, working on behalf of the American people. Nothing could be further from the truth. DeSantis has shown every indication that he is nothing but an Establishment Republican with little or no regard for actual populist Conservatism. In fact, despite his recent flap over Martha's Vineyard, DeSantis' (official) donor list shows him fairly closely tied to Chicago politics and interests. His top individual contributor, Bob Bigelow, was also Rahm Emmanuel's top private donor.

The Martha's Vineyard fiasco wasn't DeSantis' first foray into sacrificing Conservative principles (and using people as pawns to do it) to own those Libtards and grab the headlines. Here's a sampling of DeSantis' 'victories' over the Left so far:

Voter Fraud: Although Florida had no noticeable issues with this in 2020, DeSantis created a new State bureaucracy called the Office of Election Crimes and Security. It's basically a secret police force, though it isn't composed of sworn officers of the law. The new force will have the power to launch independent investigations into mere allegations of election law violations or election irregularities.

Gerrymandering: DeSantis' redistricting plan was so extreme that it met opposition from a GOP-controlled Legislature and was finally declared unconstitutional by the Florida Supreme Court last May which even a DeSantis-appointed judge remarked would "ultimately revoke a 2010 amendment to the Florida constitution, overwhelmingly approved by voters, that sets guardrails on the redistricting process and constitutionally bans gerrymandering on the basis of race."

Intimidating Opponents: Rebekah Jones, who made claims that DeSantis' Administration lied about Scamdemic deaths, had her home raided, property seized and was roughed up by police thugs acting on DeSantis' orders.

Cancel Culture: DeSantis makes a (largely ineffectual) show of fighting Cancel Culture by engaging in it himself. In April, he issued a proclamation expanding Florida lawmakers' special session to abolish all independent special districts created before November 1968. This includes the Disney-owned Reedy Creek, NASCAR's independent district in North Florida, and every Native American independent district. That is 133 independent special districts that are about to lose their autonomy completely. The property taxes these entities paid will now be shifted to county residents---a small detail that DeSantis supporters seem to overlook. It hasn't, incidentally, eliminated 'wokeness' in either Disney or NASCAR.

Political Correctness: DeSantis' idea of fighting Political Correctness in public education is not by expanding School Choice or having Performance Audits on these institutions. Rather, he's replacing Left-Wing PC with a Right-Wing version; limiting tenure, outsourcing accreditation and promoting political purity tests for faculty.

Parental Rights: DeSantis is not in favor of expanding parental rights despite his rhetoric. He has suggested that child protective statutes could be used against parents who allow their children to attend homo 'pride' events in Florida. Denouncing parents to CPS for bringing children or minors to legally public events is not exactly a Conservative position. It's noteworthy doesn't prohibit such public events (that would cut into Bruce Jenner's speaking fees). He also signed on to the phony '15-week abortion ban' to keep the foetal tissue supply flowing instead of banning the procedure outright.

It's very clear that this new trend on the Right has nothing to with Conservative principles, but is instead simply based on 'getting even' with the Left, back-room economic deals, and political expediency and chicanery. What's most dangerous about it is not only that it's imported the tactics of the Left; the proponents of this trend have also adopted their attitudes. We are supposed to be better than the Left: that means having better ideas, a sounder basis in absolute and established principles, policies that work for everyone, and respect for the value of human life. We're not supposed to be better Authoritarians, better at being 'woke', better at being Politically Correct, better at Cancel Culture, etc. If this is the alternative, we may as well support the Democrats on the simple grounds that an inefficient dictatorship is at least more tolerable than an efficient one. (Ask yourself: if you had to make the choice, would you prefer to live in an EU country or Canada, you'll see that the difference is wider than one might suppose). We don't need a Right-Wing version of Justin Trudeau in the United States, that is for certain. 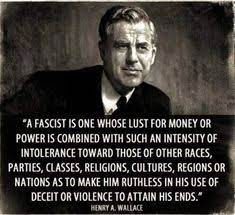