Ever since Big Pharma and Insurgent Governments announced in July that we were experiencing a 'Second Wave' of COVID cases (even though the First Wave never really materialized), there's been some---albeit outside the official narrative---skepticism about what we are being told. For example, how an influenza virus could be transmissible in Summertime heat. Or, how when we supposedly had a nationwide shortage of COVID testing equipment, all of these new cases suddenly were being detected? Or, how social gatherings were spreading the contagion but nationwide race-riots were not? Or, how mandatory masks were supposed to prevent anything when cotton doesn't have virus filtration capabilities? Or, where all of the corpses from these supposed COVID fatalities actually go after death? And so on. 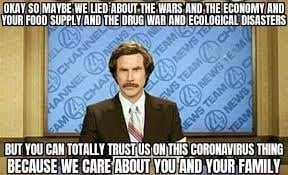 But at least a few local news services are still bothering to question the narrative. WTSP-10 in Tampa reported that "Over the weekend, Florida made international headlines when it reported a shocking number of positive COVID-19 test results: More than 15,000 in a single day. But it turns out that report contained numbers gathered over several days by a single laboratory. More than 7,000 of the 15,000 positive cases reported have been traced to GENETWORx in Richmond, Virginia. The company, which is Florida’s fourth-largest processor of tests, said in a statement it looks like the Florida Department of Health reported in a single day, lab results that had been collected over the course of four to five days."

Of course, we have no way of knowing how many of these were really 'new cases.' Fox-35 in Orlando reported in July that Florida's system of data collection is radically flawed. And then of course there's the matter of these fly-by-night testing laboratories that RINO Governor DeSantis shovels millions of taxpayer dollars into to get the results he hopes for. GENETWORx is a good example. Until recently, GENETWORx was a Beltway-area pregnancy testing lab with 14 employees. Then, in March, it jumped on the ground-floor opportunity to become a COVID testing facility and hired 400 more workers off the street to meet the lucrative demand. The company itself has a bit of a shady history. In 2018, they were sued by a third-party billing agency for Breach of Contract. The CEO of GENETWORx, William Miller was formerly CEO of AIBiotech, a company which closed in 2018 after numerous lawsuits and Federal investigations.

GENETWORx has been involved in questionable COVID-related dealings in Florida too. They have a $10 million contract with another dubious collection of 'Frontline Heroes', CDR Maguire, which itself was exposed recently for turning over its Florida operations to a doctor whose license was suspended for running an Opioid pill-mill. CDR Maguire is owned by an opportunistic blackguard named Carlos Duart. Duart 'supported' President Trump until the Rebellion broke out and now openly has switched sides. His record of political donations indicate that Duart financially supports any candidate who is in a position of winning and can reward him with favors. Naturally, CDR Maguire pretends it had no knowledge of this malpracticing doctor's activites---despite the fact that the Tampa Bay Times noted that "CDR Maguire Executive Vice President Tina Vidal, previously worked at a different company where Pantaleon {the disgraced physician} was on the board of directors."  CDR Maguire rakes in $26, 252 per day from the State of Florida alone. The company was part of a $400 million scheme to sell M-95 masks to the State, but has never delivered.

These embarrassing scandal follows another major story which broke last May exposing the State's $11 million contract to a COVID testing company headed by a convicted swindler. The Scam-demic has proven not only a power-grab but a big cash-grab as well. One has to wonder how many other States are having scams like these ongoing. Probably several: the motive behind all of this COVID hysteria is to keep the game going; an attitude that is bound to foster crime.

Long-time readers here know that stamping out corruption in Healthcare has been a major focus of the Trump Administration's swamp-draining efforts. Just this week alone, another member of Big Pharma was indicted for bilking Medicare in a kickback scheme. Stories of this kind have happened on a weekly---and often daily---basis since 2017; yet the MSM mostly ignores them. Trump has put so many fraudsters in jail and recovered so many ill-gotten gains from Big Pharma that it was inevitable that that particular gang of Corporate crooks would be among the leading forces trying to overthrow the elected Government. 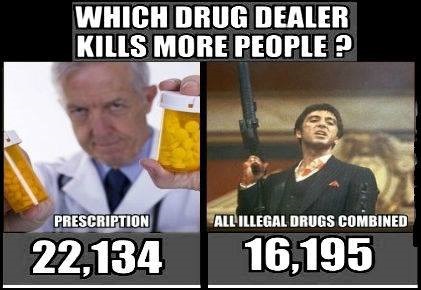 According to the watchdog website Open Secrets, Big Pharma not only is assisting the Conspirators, they have hired an army of revolving-door lobbyists ---from fired Trump officials to long-time swampy bureaucrats and staffers--- to grab lucrative Federal handouts. Thus it is, while Ameroboobs are worrying about people in the supermarket not wearing masks, the Pharmaceutical Cartels, a few small-time operators, several small-time crooks, and a pack of scummy lobbyists are fleecing them for every last dime they can extract from the Federal and State Treasuries and laughing up their sleeves at the simpletons.