RINOS ON DISPLAY AT DNC

We haven't been giving the 2020 Election much coverage lately. The US is in the middle of an active coup d'etat that began in February after the failed attempt at Impeachment. The Enemy has proven without qualification that they intend to seize power at whatever the cost. In several US States, they are already setting up local regimes which rule by decree under the pretense of a National Health Emergency---which doesn't exist in reality. There may not even be Elections this year. The Insurgency has met with so little organized resistance that they might well feel emboldened to take down the legal government by force.

Whatever their plans, the Elites wish to keep up the illusion of a democracy; so on Monday, the criminal enterprise known as the Democratic National Committee began its so-called Nominating Convention in Milwaukee. The MSM is entirely on the same propaganda page.

This is another reason why I feel suspicious about the Election. Joseph Biden is a 77-year old New Deal Democrat who hasn't done anything in the policy-realm since 2008. The DNC selected him as Obama's Vice-President to keep the latter's populist tendencies from getting too far off course. In 1988, Biden suffered two attacks of Apoplexy in the brain which he barely survived. He was told at the time that he stood less than a 50% chance of full recovery and that the surgeries ran a high risk of impairing long-term brain functionality. Biden has shown several manifestations of this impairment since; and some have questioned his fitness for the Presidency. Kamala Harris has no other qualification for office other than identifying as Black; though like Barack Obama, she is actually a Mulatto. She is part of the SF Bay Area political machine which has dominated California politics for decades.

American Liberals are not known for being mental giants, but even they must see that this is essentially a 'throwaway ticket,' like the Mondale and Dukakis campaigns of the 1980s. Biden and Harris would do more damage to the Democratic Party if they actually won and tried to govern the country. The DNC has to realize this; which makes one suspicious that they have some other trick up their sleeves. They're even holding some kind of 'virtual convention' no doubt like those ridiculous cardboard audiences at baseball games. 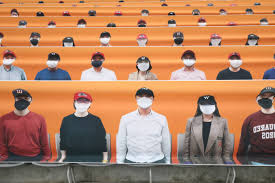 About the only noteworthy thing about the Convention is that four RINOs are scheduled to give speeches there and tell us all 'Orange Man Bad'. All of these jerks are Swamp-RINOs and actively working with the movers of the Coup.

Christine Todd Whitman: former Governor of NJ and a never-Trumper. She supported Clinton in 2016. Whitman served as Bush Junior's EPA director, but resigned because she felt that he was too Conservative. (In reality, she was fired for covering up pollution damage from the 9/11 attacks).  Whitman has worked as a 'Revolving Door' lobbyist---a position which Trump has been trying to abolish. She actively supported homo 'marriage' under Obama and has been actively involved in the coup against Trump saying on CNN recently that

"Trump is unfit for office and I urge other Republicans to pressure him to step down."

In 2016, Whitman supported Governor Chris Christie for president. When Christie withdrew and supported Trump, she denounced him and said that such an endorsement "would be to endorse a candidacy that I believe has exploited anger, grievance, xenophobia and racial division".  She then bolted from the Party and both financed and supported fellow Deep Statist Hillary Clinton, praising Clinton's umm..."commitment to America's bedrock national values" She has worked with the DNC in nearly every scheme to overthrow the Trump Administration ever since. Christie, meanwhile, went on to work for the Trump Administration and crafted the President's widely successful programs to fight the Opioid Crisis.

Susan Molinari is another Swamp RINO with extensive ties to Beltway lobbyists, Big Tech, and a member of the shady Atlantic Council, which has been aptly described as "a powerful, extreme militarist influence network and think-tank, staffed with military, CIA, and their attendant politicians; and CEOs from strategic industries, like oil and media. It has strong connections to NATO, and is central in the military-industrial complex;" in other words, feeding intelligence to the anti-Trump Deep State elements into the Pentagon, CIA, State Department, etc.

Of John Kasich. not much need be said. He is still bitter over his defeat by President Trump in the 2016 GOP Primaries and seems to have dedicated his life to getting revenge. Kasich was the former Governor of Ohio and his hand-picked successor Mike Dewine was the first State Governor to institute the oppressive COVID lockdowns and has been ruling more or less dictatorially ever since. Kasich has a near-Vox Day level of jealousy against all who've proven more successful than himself, so he's a perfect emotional symbol for most Liberals.

None of these people are Conservatives; so beware of attempts from the Media Jackals to paint them as such. The Insurgents are going to create a narrative of the Convention as some sort of Summer of Love where everybody came together to demand change. The truth is that the Democrats opted for a 'virtual convention' not because of the COVID hysteria, but because they feared BLM, Antifa, and other gangs would appear and expose the Left's real constituency.

There it is: three Elitists and one embittered wannabe Elitist. That's the Democrats' idea of 'unity.' I doubt that the Convention will amount to much; it's really only a sideshow in a much bigger plot against the Legitimate Government. It seems to me to be part of a backup plan in case they're forced into playing fair. That doesn't seem likely to happen since most Republican leaders have proven themselves about courageous as Kasich or as venal as Molinari. The only thing that we Conservatives can take away from the Convention is another object lesson as to the kinds of scum who'll take over the country if we don't succeed in beating back the wider Rebellion. 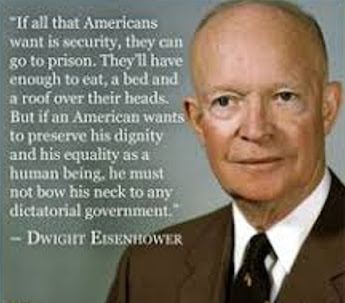