MAKING SENSE OF THE UKRAINE NONSENSE

As of this writing, Russian Military forces intervened on behalf of the newly-independent republics of Donetsk and Lughansk to secure those nations' borders. The Davos-backed Regime in Ukraine has, since it seized power in 2014, attempted through all manner of brutal means to subdue the Freedom Fighters of those regions who refused to recognize the coup's legitimacy and maintain their independence. The Russian forces eviscerated Ukraine's aggressive capabilities and that has emboldened other Ukrainian patriots to rise up against the Regime.

That is a much different picture than what is being depicted by the Corporate Media. That includes the Controlled Opposition who are clutching their bow-ties and wistfully looking back at the glorious Bush Era where the Pentagon simply beat down any nation which dared defy Wall Street. (Of course, they conveniently forget that Russia whipped Bush soundly when that Administration tried a similar stunt in the Republic of Georgia in 2007). The Tech Lords, meanwhile, have begun implementing measures to close down discussion, much as they did during the Scamdemic and the Electoral Hijacking of 2020. The 'Russian Invasion of Ukraine' is just as much of a propaganda meme now as the 'Baseless Allegations of Widespread Voter Fraud'  was a year or so ago. 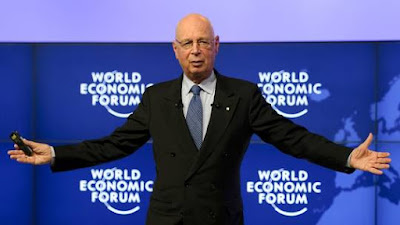 Mainstream Conservatives are partially correct when they say that Afghanistan, Ukraine, and (very soon to be) Taiwan are connected events. They err though when they claim that the geopolitical losses of these regions represent the Junta's Foreign Policy weakness. Biden and his camarilla are following a definite plan and program and it's not about 'weakening' America abroad, but about strengthening their own power base domestically.

When the Bush and Clinton Administrations surrendered our economic base to large supranational mega-corporations a familiar pattern took place. There were massive mergers and outsourcing. The targets of these predatory corporate takeovers saw mass layoffs---millions reduced to unceremonious poverty while a select few escaped with golden parachutes. Stockholders were fleeced of their life savings while inside traders sold short and then gobbled up other viable stocks at bargain prices. Then these corporate leaders would consolidate their power base and move on to new conquests.

This is the same process that the Corporate interests which installed the Junta are doing in foreign policy. The benefits derived from occupying Afghanistan, Ukraine, and Taiwan have been largely rendered superfluous with the wholesale hostile takeover of the United States. The Elites are cutting these 'subsidiaries' loose while consolidating their own power base in the Anglosphere. The subjugation of the world is further down the road in their plans.

While the US and UK have been somewhat relaxing their repressive lockdown restrictions, there have been no condemnations of the ongoing brutality in Canada, Australia, New Zealand, and much of Europe. Instead, they can use the pretext of Chinese and Russian 'threats' to send our military into those countries to prop up those regimes which are being racked by protests. It also enables them to force those countries to embargo Russian goods, which are in turn sold by Wall Street interests at inflated prices.

And since there is really no meaningful resistance in the US, the same Corporate Robber Barons can continue massive (and artificial) price inflation here while their paid parrots in the press scapegoat Russia. This way Ameroboobs can screech in outrage at all the supposed suffering in Afghanistan and Ukraine while ignoring what they see outside their own windows. 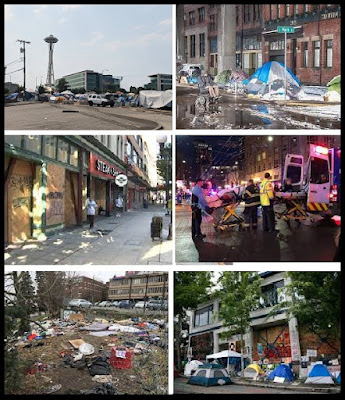 In short, all of the Ukraine hysteria is simply that---another national panic attack being used as a cover for further wealth transfers and power grabs. And Americans will buy into it like they always do. Enough marijuana and fentanyl can make us feel exceptional whether we really are or not.