TIANANMEN TRUDEAU AND THE OTTAWA AFTERMATH

Following the events of Bloody Saturday in Ottawa, huge and significant demonstrations erupted in Quebec, Edmonton, and especially Toronto. The Great Reset's brutality has apparently been drawing people into the resistance instead of intimidating them. Despite what the jackals in the MSM say, we still don't know the number of casualties that the Regime inflicted on innocent Canadians. One of the things that Trudeau proved to the Canadian people---and hopefully elsewhere---is that these NWO bastards mean exactly what they say and that looking the other way at what they intend to do is not a real option any longer if we intend to remain free.

Trudeau's repressive tactics are only an extension of the brutality he's practiced against Canadians for the last two years. He's authorized the building of internment camps; ordered his goons to raid churches; sponsored censorship---including outright book-burnings; admitted to using psyops against the people; and expanded powers of domestic espionage. It's not exactly been a secret where his Regime was heading. As the French media reported shortly before the slaughter began:

"Others were defiant. 'I'm not leaving,' said Johnny Rowe at the start of the day. 'There's nothing to go back to,' he told AFP. 'Everybody here, myself included, has had their lives destroyed by what's happened in the past two years.'"

An interesting incident has also leaked out around the MSM filters concerning deposed Ottawa Police Chief Peter Sloly, who was certainly no friend of the protesters and was a vocal supporter of the Regime. We all remember him... 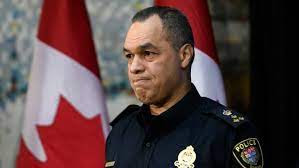 Sloly deserves a bit of charity now, as we're learning that he was forced out after objecting to the measures that Trudeau intended to deploy. He was replaced by a cutthroat named Steve Bell, but this affair around Sloly brings up some interesting questions. In the first place, it proves definitively that the Trudeau Regime was planning this massacre at least a week before the Emergency Act was invoked. Bell, slamming his fist on the podium like a Soviet-era Commissar, announced upon taking over that "you'll see a very different response" to the protests. Which also proves that the police that Bell intended to deploy were from outside Ottawa.

While he was Ottawa Police Chief, Sloly was in front of the press nearly every day complaining that he needed reinforcements. He was reprimanding his own officers nearly every day for supporting the demonstrators. There were video clips of police and protesters shaking hands and off-duty police joining the crowds. Sloly once ordered all of the towing companies with city contracts to remove the blockades and was refused. How does it happen that within 24 hours, they managed to have pro-Regime forces arrive by the busload and tow-trucks on standby?

I'm certain that Ottawa Police are well-trained, equipped, and prepared, but this group that committed Bloody Saturday were obviously better equipped, disciplined and more efficient than a typical city police force---especially one that seemed rather divided politically. The scum whom Bell turned loose on the crowds actually had spotters and snipers positioned on rooftops, radioing maneuvers to squads on the ground. 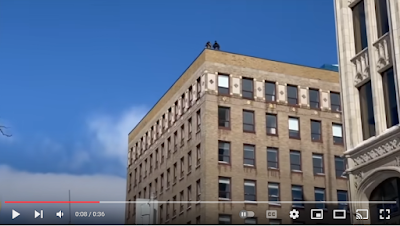 Recall that operatives of the Biden-led Junta here have been withdrawing private security contractors---whose existence we have the RINOs Bush and Cheney to thank for---from Afghanistan and Ukraine within the last few months. They've also been stoking fears of "insurrection" in this country. Just before Trudeau received permission from his bosses in Davos to crack down in Canada, two of the Junta's agents promised him "full US support." Where do we suppose that these contractors might have gone? The whole operation carried out on Bloody Saturday has the definite look of people with considerable experience at doing what they did.
Suspicion that foreign agents were involved has been growing, because no one seems to know exactly who these enforcers were or where they came from. Unlike the Ottawa Police, they didn't interact or speak to the protesters. In fact, the Ottawa Police were moved to the rear to handle detainees---many of whom, it's being reported, have escaped. People present in Ottawa have also noted that these enforcers carried no distinguishing identification as to their origins, or even their names. Likewise, a viral video surfaced today of transport planes with foreign markings at the North Bay Air Force Base, just a three-hour bus trip to Ottawa. 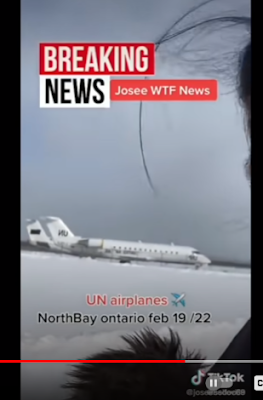 The online trolls and apologists for the Regime were quick to start sneering---despite the fact that the aircraft had no snow on them and fresh tire-tracks around them even though it had snowed only the night before. An interesting side-note about the North Bay Air Base comes from Wikipedia itself: "North Bay's air force base is the centre for the air defence of the entire country, and works in concert with the United States via NORAD... It is also home to the 1 Air Force, Detachment 2 of the United States Air Force."
Before these same trolls start scoffing any further, let's not forget that in 2002 the fake Conservative George Bush agreed with then Prime Minister Jean Chretien (one of Trudeau's political mentors) to allow mutual deployment of troops on each others' soil in case of 'national emergency.' Once again, we see a great example of how hypocritical Republican policies enabled the Left. This pliant tendency of both American and Canadian Conservatives to look the other way and go-along-to-get-along in their dealings with these globalist fanatics has carried a very high price tag.
Treaties aside, at this point Canada's Military has no excuse not to intervene. It could be argued plausibly that Chretien intended to be able to call upon US help if Canadian forces were overwhelmed by foreign invaders; that's well and good, but by no construction of this agreement could it be argued reasonably that Canada's Armed Forces are supposed to stand down while US-backed mercenaries cut down Canadian citizens in the streets of their capital. The Military needs to act and act now, or any new post-Trudeau government is seriously going to have to evaluate the Military's actual purpose. 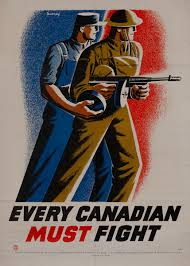