In 1970, Canadian singer Neil Young---who's since become a fawning apologist for a New World Order led by financial Oligarchs headquartered in the Swiss Alps---wrote a protest song which, with a little modification, describes the scenes from his homeland today:

We're finally on our own,

This morning I heard the drumming,

Friday, after closing Parliament for 'national security reasons' and ordering the press from the nation's capital, the Oligarchy's Director of Canadian Operations,  Prime Minister turned his hired goon squads loose on crowds of demonstrators. Canadian nationals were cut down with cavalry charges, beaten with clubs and rifle-butts, gassed, and subjected to other inhumane treatments. The number of dead and wounded are unknown; it is also unknown how many protesters were dragged away in chains to secret prison locations.

We've seen the Great Reset's thugs operating this way in Australia, New Zealand, and much of Europe. Now it's happening here, in North America, will the full blessings (and probably secret assistance) of Trudeau's American counterparts in Washington. That includes American Neocons who've been clutching their bow-ties throughout these atrocities and pretending that they "stand with Canadian truckers." Interesting that lists of financial donors to the Freedom Convoy just got hacked and released---and there doesn't seem to be any prominent American Republican figures on that list. I'll bet that a list of their recent Futures' purchases on stocks impacted by the protests would look a lot different though. 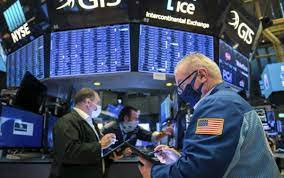 I don't claim the Gift of Prophecy or any special revelations, but my intuition tells me that a lot of cries have been reaching Heaven lately, and that God is not very pleased with America's collective indifference to all of it. I suspect that our continual collective bowing and submission to self-proclaimed earthly gods who act in defiance of all Human Rights and Natural Laws is not being well-received either. Whether one is religious or not; the bottom line here is that when it comes time to reap what we've sown, it's going to hurt. It's going to hurt a lot.

As for Canada, the situation is not over yet. Trudeau has significant opposition from both the Parliament and the Provincial leaders---which incidentally crosses party lines. These latest acts of tyranny have put Canada at a crossroads. The time for these leaders to act is now, because---and make no mistake about this---if Trudeau and his camarilla feel that they have the upper hand, the vengeance that they will exact on the Canadian people will be ten times more ruthless than today was. What hopefully will happen is that these leaders can bring about the intervention of Canada's Military to remove the Dictatorship, suppress the foreign mercenaries, pardon the protesters, and call for new (and fair) elections. Otherwise, the peaceful protests are going to turn to guerrilla warfare, and we're already seeing incidents which show popular inclinations in that direction.

"Shortly after midnight Thursday, police attempted to inspect the Coastal GasLink (CGL) construction site near Houston, where they say approximately 20 people, some armed with axes, had been reported to be attacking security guards and smashing their vehicle windows."

As well as this story which we mentioned yesterday:

"Savage Arms, a firearm manufacturer just north of Peterborough, Ont., says that a weekend theft of more than 2,000 firearms in the city involves its products. In an email to Global News Peterborough sent around 10:30 a.m. Monday, Savage Arms president/CEO Al Kasper says the theft of a truck and trailer carrying firearms early Sunday involved a shipping partner of the company based in Lakefield, the village located about 15 kilometres north of the city."

These do not sound like the actions of a people who are going to submit to the yoke of Trudeau's despotism passively.

Canada's decision time is now. They need to make a decision whether they will remain a self-governing nation of free men who decide policy with ballots; or whether they will become a vassal-state of a Supranational Oligarchy whose will is upheld with bayonets.