VICTORY IN JAPAN, DEFEAT IN THE HOMETOWN

At the same time that America's Party of faith, family, and freedom was selling out to the Gay Mafia and enshrining homo 'marriage' into law, there was actually some unexpected good news on the international front. Japan---which has been more or less a servile lapdog of the U.S. Deep State since WW2---said no to the International Bully and their largest District Court struck down an attempt to impose further US-backed cultural rot on their soil.

"The Wednesday ruling by the Tokyo District Court rejected the argument by eight plaintiffs that the Japanese legislation, which only recognizes marriages between a man and a woman, violates the constitutional equality provisions. The basic law’s article on freedom of marriage requires matrimony to be based on the mutual consent of both sexes, the court noted."

Let's give a round of applause to the Empire and hope that this sets a trend of the Japanese stiffening their resistance to the Beltway.

Unfortunately, Common Sense doesn't cross the Pacific as easily as engineered epidemics are said to do. The local news in my smallish, but supposedly 'Red' County announced that our first-ever all-ages Drag Event will be held here a week from tomorrow.😔

The ostensible purpose of this event---likely backed financially by out-of-state NGOs and definitely backed by the legal force of our thuggish, pro-homo Attorney-General--- is to raise money for unprivileged children during Christmas. Where once we spread Christmas Cheer, we now spread Gender Dysphoria and call that progress.

Some had posted protests towards the event on Facebook which were removed swiftly by the Tech Lords; while pro-event posts with effusive praise, pro-homo vitriol, and even doxxing the opposing commenters were allowed to stand. That's probably not too surprising, but the local supporters' comments were exceptional in their utter detachment from Reality. Here are a few specimens:

"I have been to a drag show and you can't beat the non judgement environment..the queens are true performers and amazing people ...and a lot of fun ..i am proud to say i have 2 beautiful gay nephews ..besides who has the right to pass judgement but GOD himself .."

"Who knew that raising money for kids in need would make all the people in town angry."

"Your children are in more danger around politicians and priests than drag queens."

"If singing, dancing and sitting on Santa’s lap is grooming then what have you been doing to y’all’s kids for the last 70+ years?"

"Just another person who is not educating themselves on this event or the drag community. You just want to be judgemental let me guess it in the name of Christianity."

Comments like these have me convinced that---while a huge part of the problem--- dumbed-down schools and media propaganda aren't solely responsible for the obvious declining rate of cognitive reasoning abilities in American society. People don't just get this stupid naturally. Some have pointed out that average IQ levels have been dropping in the United States, but that's not the whole story either. People who have lower-than-average intelligence are typically not this aggressive or self-righteously amoral. In fact, most of the congenitally low-IQ are fairly nice and even have a charming, often child-like native innocence when it comes to understanding right and wrong. Even if they can't compose 500-page dissertations on Societal Ethics, they usually intuitively get the general idea of such tomes. A good example of this is Africa, which is frequently cited as having the lowest average IQ of all continents. Yet most African people are intelligent enough to understand that men and women are different; and that a society needs a union of the two sexes to continue. Hence, most African countries sensibly prohibit the Gay Mafia from recruiting over there. 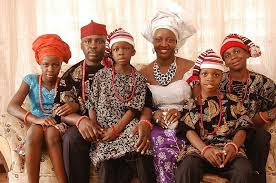 If Americans had any sense of shame left, it ought to be a national disgrace that our moral state has managed to sink lower than Africa's; but then again most Americans probably don't know where Africa even is and could care less.

I strongly suspect that a major reason we've reached this state is largely because of the proliferation of narcotics throughout the nation. Our county, for example, used to be an international producer of fruit crops and major exporter of livestock and timber products. Today, marijuana is the leading cash crop here, both in consumption and production. Our county is also one of the highest per capita in consumption of mind-altering prescription drugs, and of course there's a flourishing underground meth and opioid trade. Narcotics like these not only have a debilitating effect on natural sexual drives and fertility; it's also been known since the Second World War that such drugs blunt both the reasoning and moral capacity of those imbibing them. Experiments done by the Nazis showed that under the influence of Methamphetamines (called by Big Pharma today 'antidepressants' and 'painkillers') ordinary men could be turned into unconditional order-taking zombies convinced of their own superiority and righteousness without the slightest regard for the crimes upon others that they committed.

Dr. Joost Meerloo, a psychiatrist who worked with the Dutch Underground and the Allied Forces during the war remarked upon a peculiar discovery he had made regarding such soldiers. When interrogating the fanatical and ruthless SS men, Meerloo learned that he could get them to crack easily and reveal their secrets simply by having the interrogator mimic the behavior of typical SS officers: yelling, berating, threatening. These 'elite' Nazi soldiers were so conditioned by drug use and their training that they responded automatically to whatever they perceived as a superior authority. Regular German soldiers, in contrast, rarely gave more than name, rank, and serial number and would laugh at interrogators who attempted such methods on them.

Reading Meerloo's account, it was striking to me the similarity between the wartime interrogations and how easily modern Americans can be convinced of the supreme righteousness of any policy---no matter how evil or absurd---yet flip to the polar opposite of a New Normal on command. The other similarity which cannot be overlooked is the growing irresponsible and unaccountable authoritarian direction of our political and economic leadership combined with heavy psychological drug use among the general public. In fact, there is a growing body evidence suggesting that many recent mass-killings and other acts of senseless but brutal violence are linked to perpetrators who used psychiatric drugs. For obvious reasons, we won't be seeing any scientific studies done on this subject for a long time; but whether these perpetrators were acting on voices in their own heads or instructions suggested by an interested third-party is unknown.

The result of this kind of mind-manipulation is reflected in the Facebook comments quoted above. These jugheads are conditioned to laugh off obvious threats to their own family and accusations of 'grooming'---in spite of the fact that the organizers of these events admit that they're doing exactly that. This is also the reason that Conservatives are deluding themselves if they believe that a political solution is realistic. If anyone actually has ever tried to reason with a drug addict, they will see the even greater futility of political campaigns convincing entire voting blocs of their errors. The only real effective cure has been proven to be a spiritual change on the part of the addict. Nota bene, it was no accident that during the Scamdemic churches were closed while dispensaries stayed open.

We on the Right need to recognize this, and organize ourselves into a counter-culture before we can move forward and reclaim the majority again.