THE CULTURE OF PERVERSION

There were a couple of noteworthy news items today. One concerned beleaguered New York Governor Andrew Cuomo. Cuomo is an example of what happens to postmodern Establishment politicians when they get big heads and believe themselves too big to fail. For months, Cuomo played the tyrant; bullied and persecuted his constituents, and received nothing but praise and adulation for it from the media jackals. There was even talk of a brokered Democrat Convention where Cuomo would be drafted for a presidential run. Hated throughout his State, he feared nothing from the people who allegedly elected him.

Then, one day, Cuomo thought that he was big enough to challenge the Oligarchs. Then Biden was "elected" and ignored him as a candidate for Cabinet posts. The effusive praise from the Press suddenly stopped. The hundreds who died from Cuomo's repressive policies suddenly moved from tin-foil hat conspiracy theory to a national scandal. It's always a policy among gangsters that one should never forget at whose good pleasure he actually owes his power and position.

So, within the last few days, the godfathers of High Finance gave 'Andy Boy' the kiss of death. Cuomo was accused of the only thing that Ameroboobs consider worse than treason, tyranny, and murder: sexual misconduct. Cuomo was accused of doing something heterosexual and now women are coming forward with accusations. It's all over for a public figure when it gets to this point. One has to be at least at Clinton/Bush or Royal Family levels before one can get away with that.

Is Cuomo actually guilty of violating our cultural Rules against men acting upon sexual impulses? I neither know nor care. He was part of a system of corruption which used the same tactics on others; in fact, he employed it himself upon people whose positions he coveted. So: so long, Andy Boy. "Those who live by the sword, die by the sword;" you should have listened to the nuns back in Parochial School instead of listening to your crooked dad. 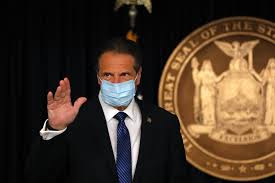 Meanwhile, the Gallup Polls released some deeply disturbing statistics about Ameroboob sexuality. While it's now being openly admitted by specialists that Testosterone levels are in a severe state of decline among American males, and it may be further exacerbated by the recent flu outbreak, an anomalously high number of Ameroboobs are identifying with the so-called Gay Lifestyle.

Back when Sociology was a real science, it was estimated that a healthy society could sustain about 2 to 3 percent of such perverts. 5.6% is nearly twice that level. If that doesn't seem like a high number, consider that it's nearly 1 in 19 Americans who currently embrace this sickness. Not surprisingly, the poll showed that 13% of Liberals identify with one of these perversions. That observation is worthy of a whole essay by itself.

But especially disturbing was this discovery: "One in six adults in Generation Z, people born between 1997 and 2002, identify as L.G.B.T., the poll found. The growth in Americans who identify as L.G.B.T.Q. is likely to continue to increase, Gallup’s senior editor, Jeffrey Jones, wrote in announcing the results. That is because those in younger generations are more likely than those in older generations to to consider themselves L.G.B.T., he said." This is 18-23 year-olds, it would be interesting (but probably horrifying) to know the 13-17 year-old numbers.

I would like to pause briefly here and let it sink into everybody's minds that nearly 1 out of every 5 of American youth are into this sick, sterile lifestyle and consider it normal and healthy. 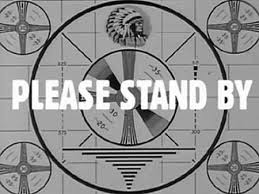 Now how do you suppose this would happen?

Let's start by acknowledging that we don't live in a perfect world. The Sociologists mentioned above recognized that a certain small percentage of social pariahs would take on this peculiar lifestyle. The best thing that leaders in a free country could do is contain its spread, like Russia wisely does today. When you start seeing numbers much above 4-5%, your culture has a problem. When it starts seeing numbers like 18-20%, your culture is facing disaster. I must admit that I know of no historical precedent for numbers that high. Ancient cultures in decline like Greece and Rome had estimates of 5-7%, and that was mostly among the effete aristocratic classes. In modern times, Weimar Germany is touted as the first nation to tolerate the so-called Gay Lifestyle. The percentage of homosexuals in Weimar isn't known, but judging by the numbers of clubs catering to these types, it was probably about the same in 1920s Berlin as 2020 Los Angeles (about 7%).

So, American youth must be learning this behavior from somewhere. The Public Schools, the Mass Media, and Corporate America are the most likely suspects. Now looking back at the poll numbers, we find that these high figures start with people born around 1997. When did the Leftist takeover of our public schools really get underway? Answer, the 1990s. When did the Media really start pushing homo acceptance? They'd been broaching the subject since the 1970s, but really started mainstreaming it in the 2000s. Obama and his Corporate Masters, began a push for legal legitimization 'equality' in the 2010s.

The question which comes into mind here is---where were Conservatives during these three decades? Especially: where were parents, and community leaders?

Didn't the fact that Radicals were hijacking your schools make any difference? Did you show up at School Boards to contest any of this? Did you stand up for your brothers and sisters who were systematically purged from faculty positions? Or did you roll your eyes and tell yourselves that School was irrelevant to the real world?

No: parents continued sending their children to these places to have their minds poisoned. "Get good grades! Get into a big-name school! Get along means going along!" Well, it looks like the kids followed that advice.

Was there any pressure on universities to bring them to heel? Nope. 'Conservative' politicians keep voting to fund these criminal enterprises and don't even challenge their continually rising costs. 'Conservative' alumni keep dumping cash into their coffers: after all, "We have to go to a Bowl Game this year! We have a tradition to keep up!"

Right now, the Left is sweeping down Conservative media with their Cancel Culture. Where were the protests when homosexual propaganda was being shoved into children's faces even in Disney cartoons? A handful of Leftists can shut down sites on Youtube. You mean that those 70 or so million who voted for Trump couldn't back down Disney if they wanted to? I've seen articles in publications catering to young people. I recently came across some articles in Teen Vogue, a publication aimed at 12-15 year-old girls which praised Marxism and promoted the homo agenda. Aren't parents paying any attention to this? No, again. Conservative parents are too busy dropping their dope, surfing Ashley Madison, and getting outraged over something happening in Iraq or somewhere other than their own homes.

When Corporations began forcing the homo agenda on the public, how many 'Conservatives' retaliated by withdrawing their investments and dumping their stocks?

The Dow Jones Industrial Average set 72 record highs during Obama's push for 'equality' in 2014-2016. Try to tell us now that was all Liberal investors doing that.

If Conservatives now are bothered that their offspring have grown up to tear down national monuments with Antifa, and are hanging out in homo bars and supporting the Great Reset: you have no one to blame but yourselves. Some of us tried to warn you it would come to this; we had a leaders like Reagan and Trump trying to fix it, but it was 'A New World Order' and 'Orange Man Bad' and 'Every Man for Himself'. You've sown the wind, now you're reaping the whirlwind.

Both the cases of Andy-Boy Cuomo and the Gallup Poll numbers show that appeasement, self-righteous hubris, and imagining that one can play along with the Left and beat them at their own game doesn't work. These strategies never succeed against fanatics.