CAN WE REBUILD THE MEN'S MOVEMENT?

The Men's Movement began with the rise of the Internet in the middle 1990s. It was led by men of some standing like Dr. Warren Farrell, the author and poet Robert Bly, and Dr. Christopher Lasch. At the time, Hillary Clinton and her Lesbian/Radical Feminist confederates had launched a "Gender War" against the rights of men and fathers, and imposed misandrist policies and 'laws' that have cursed our culture to this day. The Men's Movement was a pushback against those trends. There were groups of lawyers, psychiatrists, doctors, and self-help experts setting up sites for alienated men to find their way.

Sometime around 2010, however, the movement became infiltrated with charlatans of the worst sort. Sharpers from the Marketing Industry found ground to sell their sleazy Pick-Up Artistry schemes. Soon followed junk science based on simplistic and reductionist formulas called Game; finally culminating in "taking the Red Pill" and becoming more or less a cult. Sites like The Spearhead, Chateau Heartiste, Return of Kings, The Daily Stormer, Vox Populi, The Rational Male, Dalrock, The University of Man, Alpha Game Plan, In Mala Fide, Captain Capitalism and a bunch of others dominated the Manosphere and made it the exclusive hangout of every imaginable crackpot: male supremacists, religious fringe figures, right-wing extremists, entitled Incels, chronic Internet trolls, and small-time crooks came to define the 'Manosphere' and did incalculable damage in the process.

Most of those sites have finally sunk into well-deserved oblivion; and the recent downfall of Vox Day seems finally to have closed the chapter on this disgraceful social trend. Owen Benjamin, Rollo Tomassi, Captain Capitalism, the Kurgan and a few others are still out there; but they were all mostly coat-tail riders on the more popular sites. Vox is still out there too---a shadow of his former self. He has a new site, but it's mostly an echo-chamber now with all his comments channelled into Social Galactic, a small chatroom that he set up which was supposedly going to supplant Facebook, Twitter, and Gab combined. Vox is starting to sound like the Kaiser in exile after WW1, increasingly irrelevant and while his Delusions of Grandeur get worse. 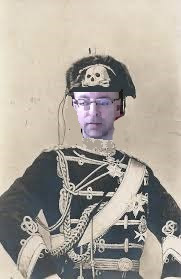 A few real MRAs survived the general crash, but most of them are based in Europe and the Anglosphere is where the hemorrhaging of traditional masculinity has been the worst. The erosion of traditional masculinity has been one of the most damaging influences given us by people like Vox Day. Against the cultural feminization of Anglosphere Men, they offered us a caricature of Manhood: being a bully, a poseur, an opportunist, a cad were all held up as ideals to which men should aspire. Our Culture reflects that schism even now. In America, men are politically and socially polarized between a gender-dysphoric, pseudo-intellectual, and hysterical Left against a swaggering, self-righteous, and hypocritical Right.
The situation that the Red Pills helped create is also one of the most formidable obstacles in correcting the downward spiral of Anglosphere Masculinity. The Cultural Shift between 2011 and 2021 was huge. Our Culture was failing men then, it is overtly hostile towards us now. The Anglosphere has fallen into the hands of a very evil cabal whose stated goal is to reduce humanity into a gender-neutral, risk and responsibility-free, contact-traced, and liberally drugged-up herd of order-following zombies. They intend to impose upon the world a meatless, sugar-free, smoke-free planet; void of competition, achievement, and Free Will. In this world, we'll own nothing and be happy; passing our lives in the blissful ignorance of an eternal infancy. Obviously, there's no place for traditional masculinity in that scheme of things. It's also obvious why: just look at a montage of some of the ringleaders of the Great Reset: 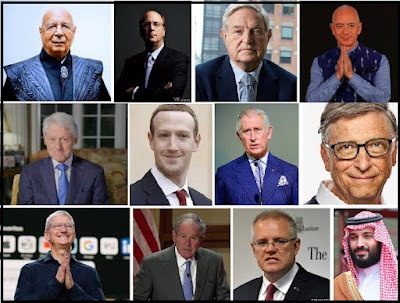 What you see here are some clear defectives: effete, perverted, degenerate, vile; men who've compensated for their lack of virility by amassing wealth and political power and now seek to lord it over other men. Some of them inherited both their wealth and their dispositions from fathers who were just like them. Instead of being an objection to a new Men's Movement, it is one reason why we most need one. If we had a virile culture like we once did, none of these clowns would have been anything more than creepy trust-fund losers whom all decent people would have avoided.
Another objection---one that was hardly imaginable 10 years ago---is the overall quality of men has gotten worse. Male suicide, addiction, infertility, and obesity rates are staggeringly bad and gender dysphoria is running rampant. Boys are being raised with no guidance whatsoever. Thanks to 'Conservatives' like Robert Gates and 'Rainbow Rex' Tillerson, not even the Boy Scouts provide mentoring anymore. There are no positive role models in the Media and certainly none in Sports, Academia, or the Military. Every institution in our country has been pozzed; and that includes the Church and the Family. Conservatives used to have a saying that we stood for Faith, Family, and Freedom; but the events of the last two years have revealed how little their proponents value any of these things.
The situation is so bad that when Jordan Peterson published his 12 Rules for Life in 2018, young men were reacting with revelatory exuberance at such maxims as "Clean your room," "Bathe Regularly," and "Sit Up Straight." I hate to keep belaboring this point---which I've said a lot relative to public school---but where the H--l have their parents been? As a specimen of this, there was recently a scandal where a mayor---an example of a real man, it should be pointed out---forced down a School Board that was proliferating Child Pornography in public school classrooms. This had been going on for six years and nobody would have noticed if a student hadn't recorded it on video and posted it online. Great job of parenting, folks. It's apparent that any new Men's Movement will not only have to focus on Fathers' Rights---Fathering Skills are another needed subject.
Hudson, Ohio is not unique by any means: a whole generation of do-nothing parents dumped their offspring into these human slaughterhouses---many of whom have since grown up and are doing the same to their own children. 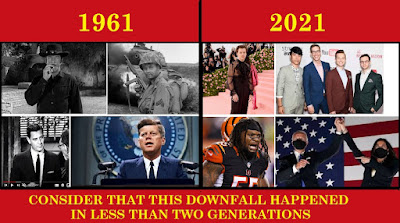 The one bright side to this gloomy scenario is that Male Nature doesn't change. There are men out there who are searching for answers. I see a lot of them on the Internet---not so much on blogs or forums anymore, but largely in the video community. There are a number of podcasters and vloggers who speak on topics of interest to men, and men of all ages are following them. Video has certain advantages that writing does not. For example, modern video broadcasting is highly interactive; and a host can discuss topics brought up by viewers instantaneously; as well as covering a topic for hours. They're not like the Red Pills with their top-down we-have-all-the-answers hierarchies. In fact, it was ROTC Media who turned Vox Day into Teddy Spaghetti. 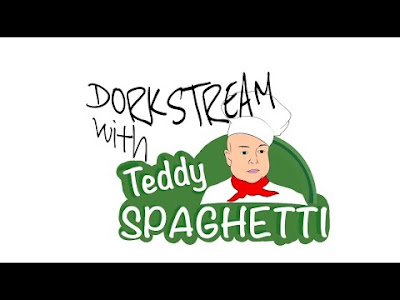 Vox never recovered from the exposure he got in the Video Realm.
So, overall, I believe that yes, we are going to see the rise of a new Men's Movement, but it's not going to look like the old one. It's going to look more practical, down-to-earth and discussion-based. It will be less focused on changing laws and policies and look more like an Underground or a Counter-Culture. It also seems to be shaping up to be self-policing. That's a positive aspect because this is how normal men in society used to take care of their communities. Queers, grifters, spergs, and troublemakers don't seem to be welcome. The recent phenomenon of White Boy Summer seems to illustrate the general attitude: do the right thing; don't stress over what you can't change; and have fun. Will the new trend bring back masculinity? It's hard to say at this point: but it's certainly getting the ball rolling again.