Imagine living in a country where, after decades of relative peace and self-rule, the nation is suddenly hijacked by a band of vicious fanatics. Right now the citizens of that nation are being placed under a brutal Martial Law where citizens are being locked up in literal detention camps; contract-tracing being implemented, protesters being beaten and locked up, churches and synagogues being raided, children stripped from their homes, due process being suspended, women dragged before sham courts and denounced, curfews imposed, correspondence from abroad being prohibited and the censorship in the press intensifying.

So we've seen similar headlines recently; and Conservatives reflexively clutch their bowties and gasp about the "disaster in Afghanistan" and how it's "all that awful Biden's fault" and if only Larry Elder and Bruce Jenner were in office now, none of this would have happened. The only problem is that we're not talking about Afghanistan. The scenes we're describing are happening in Australia. Australia is not some 3rd-World outpost; it is---or was---a major US ally, and a democracy. Yet we don't hear a peep of good old American outrage over any of the Crimes Against Humanity being executed there. No, we're more concerned that the Taliban is banning Homo Pride Parades and closing down Soros-funded NGOs. In fact, the Taliban did one good thing today: they destroyed a mural depicting George-Whats-His-Name that Occupation Forces exporting Democracy had built in Kabul. 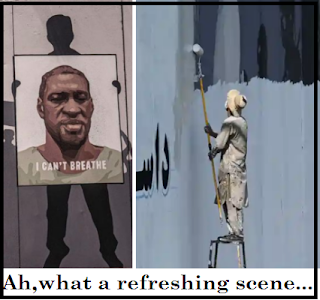 Australia, however, has become a different story. Australian political police are storming Churches and Synagogues. The Regime has even banned prayer and threatened parents with 10 years in prison for resisting the homo agenda. To help enforce these policies---as well as the tyrannical Scamdemic-related orders---the police have erected networks of informants to denounce their neighbors, families, and co-workers to the Authorities.

The Regime has also banned receipt of international mail and has recently passed a 'law' permitting Regime surveillance by breaking into User Accounts on internal social media. The Supreme Court in Australia ruled yesterday that news outlets could be held liable for readers' comments. American Tech Lords have been in total compliance with the Regime's wishes; it has been widely noted that shadow-banning is occurring on wide scale. 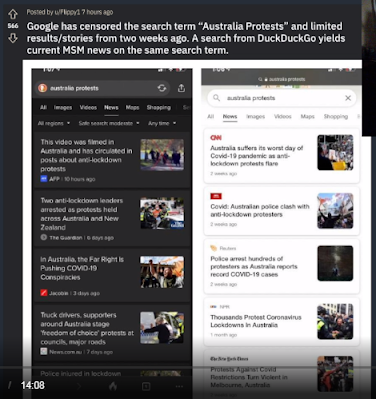 In the State of Victoria, there is a prohibition on traveling more than 3 miles from one's home. Victoria seems to be the worst of Australian states right now. Their governor is a man named Dan Andrews, who incidentally voted himself salaries making himself the highest-paid Australian official. Until the Scamdemic broke, Andrews was best known for leading the effort to make Victoria the first Australian State to practice Euthanasia on humans. As a side note, the rate of both assisted and unassisted suicides in Victoria have jumped 57% since Andrews began his vicious lockdown policies. The number of suicides in Victoria in 2021 are actually higher than the number of confirmed COVID/Influenza deaths. It should be noted that Andrews is also a member of the World Economic Forum and serves on the Board of Klaus Schwab's Global Framework for Youth Mental Health. Australian political leaders are quite open about their sympathies with the New World Order. Andrews also unilaterally suspended the Victoria Legislature indefinitely and is ruling by decree. 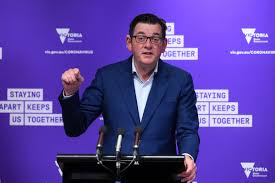 In August, Andrews ordered the construction of a Concentration Camp near the town of Mickleham. Without bothering to inform the residents in advance, construction began and finally a town meeting was called. It appears that Australians and Americans have a lot in common when it comes to priorities; because the main concerns raised at the meeting were "about the impact on real estate prices and the threat of the virus escaping into the community." What about the estimated 3,000 people sent to be exterminated 'housed' there? "Oh well, sux to be them! At least my property values won't go down!"

This is not the only Concentration Camp going up in the country. At the end of August, some wealthy philanthropists donated land near the Toowoomba Airport to the State of Queensland to construct a 1,000-inmate facility there. There is an active camp holding 850 prisoners near the town of Howard Springs, but so far the Regime has been housing detainees in guarded converted hotels. Leaked videos have shown some of the atrocities going on there.

The Regime has imposed travel restrictions of the worst kind. The State of South Australia is now experimenting with Contact Tracing by which the Secret Police can be updated regularly on citizens' whereabouts.

"The government of South Australia is now testing an app as Orwellian as any in the free world to enforce its quarantine rules. Returning travelers quarantining at home will be forced to download an app that combines facial recognition and geolocation. The state will text them at random times, and thereafter they will have 15 minutes to take a picture of their face in the location where they are supposed to be. Should they fail, the local police department will be sent to follow up in person. 'We don’t tell them how often or when, on a random basis they have to reply within 15 minutes,' Premier Steven Marshall explained. 'I think every South Australian should feel pretty proud that we are the national pilot for the home-based quarantine app.'"

Protesters of this Terror State are subject to warrantless arrests at any moment, as well as stiff prison sentences or onerous and excessive bail requirements. They are also routinely beaten by the Political Police. These Crimes Against Humanity have been ongoing and escalating for over a year. The Elites aren't about to stop either. In full lockstep with his WEF masters' Great Reset Agenda, the aforementioned Governor Andrews already has plans in place to launch a full-scale persecution of political dissidents once his goal of compliance is met.

Why are the MSM and their Controlled-Opposition puppets focusing on Afghanistan and ignoring Australia? Because they don't want the NPCs throughout the Anglosphere to see what our future likely looks like. And there are plenty of NPCs and go-along-to-get-along 'Conservatives' in Australia. The Political Right has either sat on the sidelines or "realistically" embraced the New Order. Sadly, the Australian Church has been among the biggest sell-outs of them all:

Australia should serve as warning and a wake-up call to what is left of Conservatism in the Anglosphere. It shows us that: yes, it can happen in a civilized Christian democracy; and no; the Conservative Leadership, church, police, or military aren't going to intervene and stop it from happening. And neither will most other 'Conservatives.' We need to prepare and network and put no faith in these frauds before the Jackboot comes down on our necks like it has theirs'. 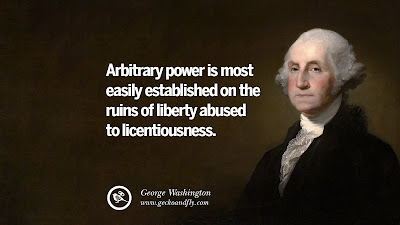