So, after we posted our last update on Thursday regarding this case, about 24 hours later, case was reported to the National Unidentified and Missing Persons System (NAMUS) as 'resolved.' WCSO hasn't given any details whatsoever; but Carl Koppleman, who volunteers with the Doe Network and has been a leader in this case said that he had spoken with the victim's family. She wasn't from Texas, according to his source; but he hasn't so far seen a photo. He further said that she had been reported missing but her details were never uploaded to national databases.

Like nearly everybody else, I hope that WCJD has been identified. But I would like to caution everyone involved and remind them of one important thing: we are living in an era where it's become easy for authorities to make assertions, then tell us it's 'settled science', then tell us there's no further discussion on the subject. If things start shaping up like that; then this case is not over. WCSO is going to have to prove this. Otherwise, we're going to continue as though today didn't happen. 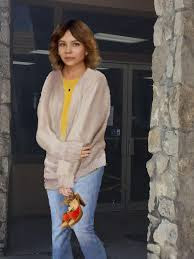 Despite what some of the trolls mentioned on Thursday's post are saying, we actually have been wrong before, and will admit it if it turns out to be true. I don't especially care who solves the case as long as it gets done. Not all opinions will change though: I still think that WCSO is a pack of scum and that the trolls who hang out on 'Internet Sleuth' forums are complete losers.

My advice to everyone---and I'm going to follow this myself---wait and see what comes out officially and think about what you've been told. Like we mentioned in Thursday's post, most police departments treat these kinds of cases like the two others we mentioned: they're either grateful for the help and act on what you give them; or they're indifferent and tell you to go work harder. Agencies like WCSO, who build a wall of secrecy and discourage help are not typical and it's a huge Red Flag when one encounters it. In spite of their announcement today, that Flag is still flying.

So barring any breaking news, we're taking a slight hiatus from proceeding with the case, until more information comes in.